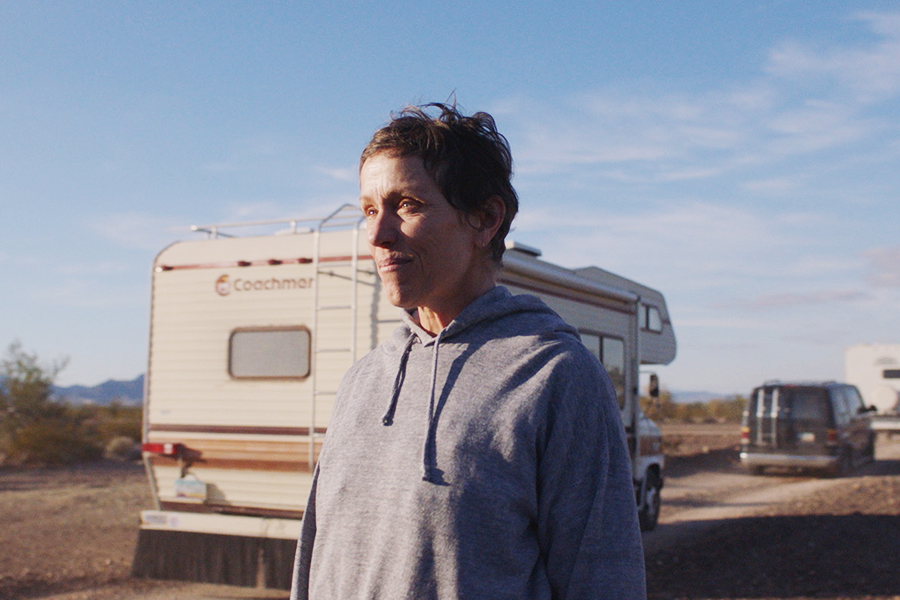 Best Picture Oscar winner Nomadland took over No. 1 on the Redbox On Demand chart and was No. 2 on the Redbox disc rental chart the week ended May 2.

The film, from Disney-owned Searchlight Pictures, stars Frances McDormand (who won a Best Actress Oscar for her role) as a woman who lives out of her van and travels the American West taking seasonal jobs to survive.

Paramount’s Cosmic Sin debuted at No. 1 on the disc rental chart, which tracks DVD and Blu-ray Disc rentals at Redbox’s more than 40,000 red kiosks. The sci-fi actioner starring Bruce Willis and Frank Grillo focuses on seven rogue soldiers who launch a preemptive strike against a newly discovered alien civilization in the hopes of ending an interstellar war before it starts. The disc became available early at Netflix April 27 prior to its wide release May 18.

Warner Bros. Home Entertainment’s Wonder Woman 1984 slipped to No. 3 on the disc rental chart and No. 2 on the Redbox On Demand chart, which tracks digital rental transactions.

The previous week’s top disc rental, Lionsgate’s Vanquish, dropped to No. 4 on the disc rental chart. The crime thriller also dropped three spots on the On Demand chart to No. 7.

The No. 5 On Demand title was Universal’s Nobody, an action thriller that stars Bob Odenkirk as a man who tracks down the thieves who broke into his house. It had been No. 2 the previous two weeks.

New on the digital chart at No. 6 was Lionsgate’s The Virtuoso, a thriller about a hitman (Anson Mount) who is sent on a cryptic assignment by his mentor (Anthony Hopkins). It became available on demand April 30.