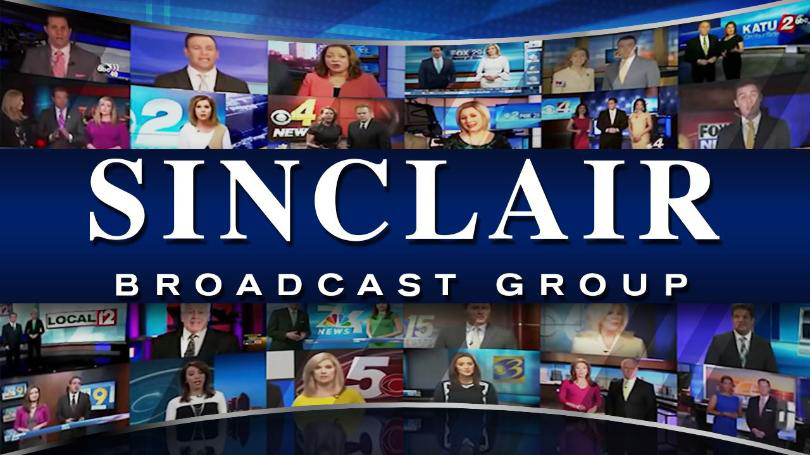 It is available on iOS and Android devices, Amazon Fire TV, Apple TV, Roku and on the Web at: www.Stirr.com providing viewers with a variety of linear networks that cater to all interests, such as movies, news, sports, sci-fi and action, family-friendly programming, and comedy.

Stirr has also developed original channels, including Stirr Movies, Stirr Sports, Stirr Life, and Stirr City. It plans to add new linear networks monthly growing to over 50 by the end of 2019.

“We are entering a new era of broadcast television and our number one priority at Sinclair is to help advance the industry and increase access to broadcast content in the midst of a digital age,” Sinclair CEO Christopher Ripley said in a statement. “With the launch of STIRR, we intend to offer audiences an easy, convenient and free way to watch live local and national channels, as well as access a deep selection of on-demand programming.”

In addition to national networks, the service will be anchored by a unique local channel called, “Stirr City,” offering a curated 24/7 program lineup based on where a viewer lives. The new channel lineup includes live local news, local and regional sports, entertainment and city-focused lifestyle programming provided by the local Sinclair TV station in that city.

“Despite the explosive growth of new national over-the-top (OTT) services, local TV station’s programming, especially local news, has remained some of the most popular and desired content to audiences and advertisers alike,” said Stirr GM Adam Ware. “By creating the Stirr City channel format, local TV stations can now extend their programming strength to OTT. Stirr will offer viewers both a new local channel and an extensive local on-demand library relevant to the place they call home.”

In addition to Ware, Sinclair tapped digital media veterans Ben Lister, director of content acquisitions, and Stacie Anthony, editor-in-chief, who are leading efforts in Santa Monica. The app was developed by Sinclair Digital based in Seattle.