On the eve of CES 2022, the Consumer Technology Association (CTA) announced that the annual trade show, which opens in Las Vegas on Jan. 5, will close one day early.

“The step was taken as an additional safety measure to the current  health protocols that have been put in place for CES,” the CTA said in a press release.

The CTA reaffirmed that more than 2,200 exhibitors will be at the show, with an additional 143 companies signing up over the last two weeks.

“Construction of exhibitors’ show floor space is well underway and soon attendees will be able to see and experience the latest tech innovations,” according to the CTA announcement.

“As the world’s most influential technology event, CES is steadfast in its pledge to be the gathering place to showcase products and discuss ideas that will ultimately make our lives better,” Gary Shapiro, president and CEO of CTA, said in a statement. “We are shortening the show to three days and have put in place comprehensive health measures for the safety of all attendees and participants.”

Those that are unable to travel to Las Vegas for CES 2022 can join digitally. Digital registration will grant access to more than 40 live streamed conference sessions, keynotes, select Media Days press conferences and the ability to engage with exhibitors, according to the CTA.

The weeks leading up to CES 2022 have been difficult ones for CTA, as the surge in COVID-19 cases brought on by the fast-spreading new Omicron variant triggered a wave of high-profile exits from the show, including Amazon, Google, Meta (Facebook) and Intel.

Several annual events that have involved the home entertainment industry, including an annual party and awards ceremony presented by DEG: The Digital Entertainment Group and streaming trade group OTT.X’s annual breakfast, also are not happening.

In a Dec. 22 press release, the Consumer Technology Association (CTA) reiterated its intent to proceed with the show, now scheduled for Jan. 5-7, despite what it said were 42 exhibitor cancellations.

CES went virtual in January 2021, but as a winter COVID-19 surge began to ebb and movie theaters and other businesses began to reopen, the CTA on April 28 announced CES 2022 would once again be held in person in Las Vegas in January 2022.

At the time, CTA president and CEO Gary Shapiro said in a statement, “We’re thrilled to return to Las Vegas — home to CES for more than 40 years — and look forward to seeing many new and returning faces. Hundreds of executives have told us how much they need CES to meet new and existing customers, find partners, reach media and discover innovation.”

The trade group OTT.X has canceled its breakfast at the upcoming CES 2022.

“Due to the rise in COVID cases and out of an abundance of caution, OTT.X CES Breakfast has been canceled,” read an email announcement from the trade group.

The event was to take place Jan. 5 at the Stirling Club near the Las Vegas Convention Center.

“Thank you for your continued support and being a valued member of our OTT community. We hope to see you at our next event in the future,” the email read. 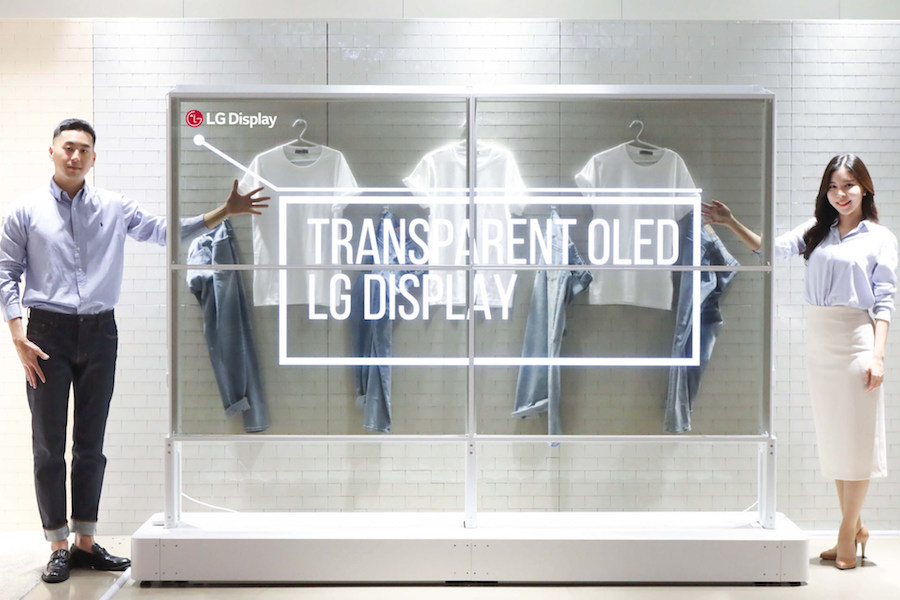 LG Display will introduce its new Transparent OLED at CES 2022.

The lineup includes the “OLED Shelf,” which combines two Transparent OLED displays, one above the other. The “OLED Shelf” can display TV shows or gallery paintings while running in its “Always on Display Mode.”

LG will also introduce “Show Window,” which consists of four 55-inch Transparent OLED displays. “The Show Window maximizes the advertising potential of window displays by delivering a more unique and informative shopping experience,” according to LG.

LG Display will also be showcasing its “Smart Window,” which is specially designed for the office. By applying Transparent OLED technology to conference room windows, the “Smart Window” can transform into an expansive screen for video conferencing, presentations and entertainment without compromising the open view of the glass window, according to LG.

“With our industry-leading Transparent OLED technology, we will continue to introduce innovative high-end solutions that allow our customers to enjoy unprecedented experiences,” said Lee Hyeon-woo, SVP and head of the Life Display Business Group at LG Display. 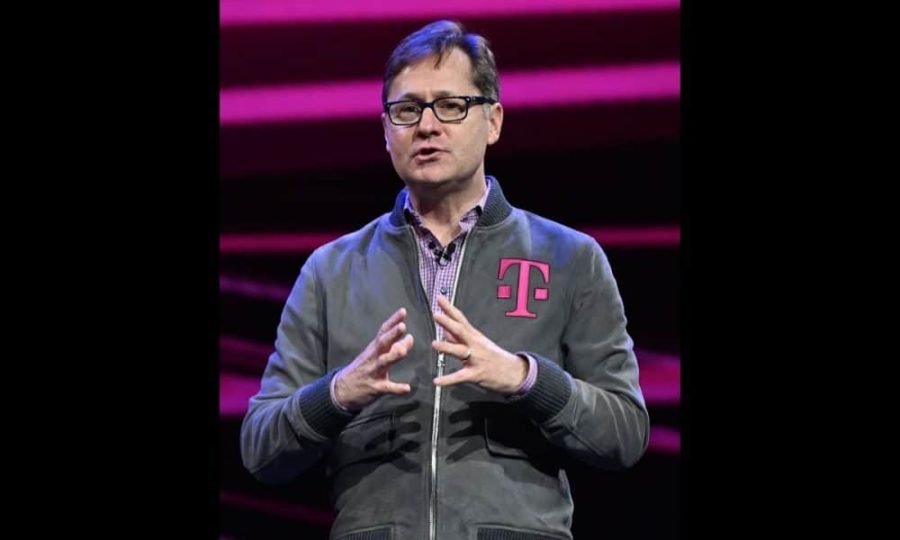 T-Mobile CEO Mike Sievert has dropped out as a keynote speaker at next month’s CES in Las Vegas, citing concerns over the growing coronavirus infections, including the Omicron variant. The telecom giant will continue as event sponsor.

“While we are confident that CES organizers are taking exhaustive measures to protect in-person attendees, and we had many preventative practices in place as well, we are prioritizing the safety of our team and other attendees with this decision,” T-Mobile said in a statement.

CES, which is slated for Jan. 5-8, was held virtually in 2020. The annual consumer electronics confab remains on schedule for in-person attendees, which reportedly include 2,100 exhibitors. Attendees will be required to show proof of vaccination and a negative COVID test 24 hours before attending. 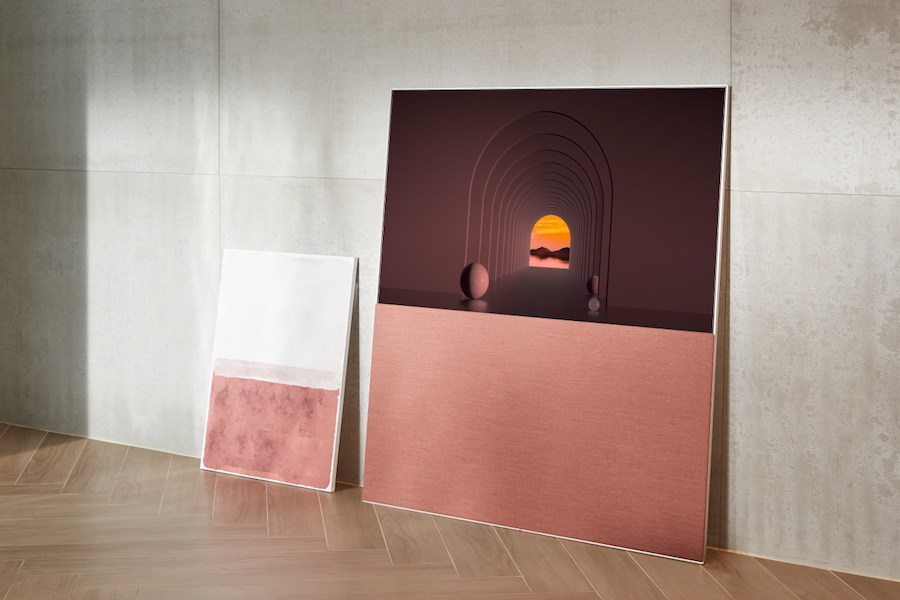 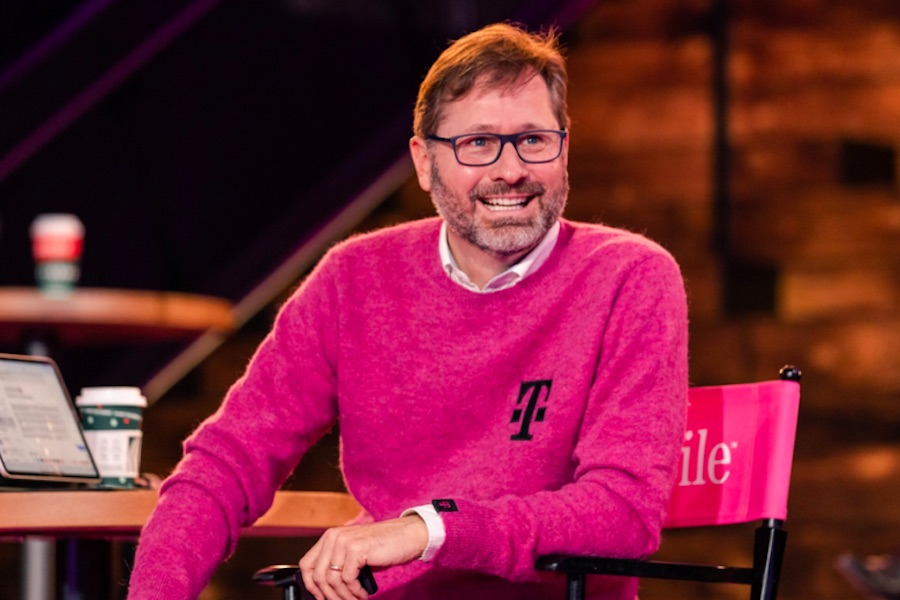 Sievert’s keynote will discuss 5G innovations for consumers, businesses and thought leadership — and spotlight a look into the future of how these advancements are enabling people to work, communicate and learn more efficiently, according to the CTA.

“As we return to in-person events, we look forward to convening innovators and business leaders from around the world who will showcase how technology impacts and improves every facet of our daily lives,” Gary Shapiro, president and CEO of CTA, said in a statement. “The pace of innovation has accelerated over the last 18 months, and the rapid roll-out of 5G will only increase the momentum. There’s so much excitement in this space and for the first time, we welcome Mike Sievert to our keynote stage to share more about T-Mobile’s vision for fueling 5G innovation.”

CES 2022 will showcase 5G technologies and bring together industry advocates, including Sievert, to share insights on the where 5G is headed, according to the CTA.

“The last year has shown us the critical role connectivity plays in our lives — for consumers, businesses and society as a whole,” Sievert said in a statement. “As the nation’s 5G leader, T-Mobile is driving a transformation in wireless communications. I can’t wait to keynote CES 2022 and showcase new ways this 5G network is unleashing game-changing innovations both now and in the future.”

The keynotes at CES 2022 will be viewed in-person in Las Vegas and accessed across the globe through the digital experience.