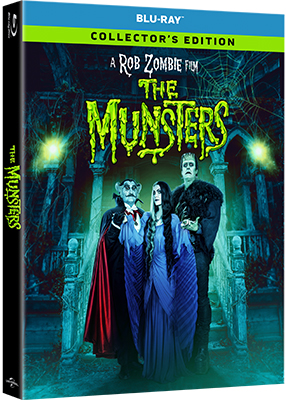 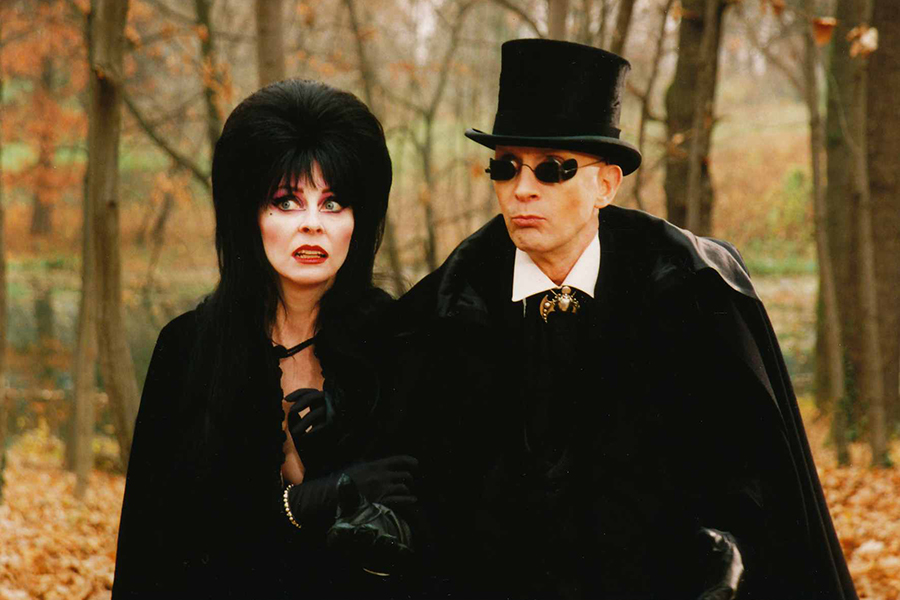 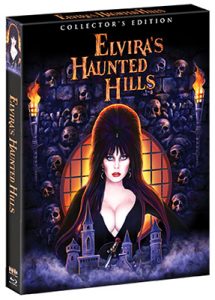 The tale begins in 1851, when Elvira and her maid Zou Zou are en route to perform in the Parisian Revue “Yes I Can Can,” but inadvertently end up at the sinister Lord Vladimere Hellsubus’ medieval castle. Bearing an uncanny resemblance to Vladimere’s long-dead wife, Elvira learns of the Hellsubus curse and finds her life in danger.

The film takes its inspiration from the classic Vincent Price/Edgar Allan Poe/Roger Corman films of the early 1960s.

With her voluptuous figure, voluminous black hair and hilarious one-liners, the Elvira character, played by Cassandra Peterson, was created in the early 1980s to present old horror movies on TV. Elvira’s Haunted Hills was the second feature film centered on Elvira, following 1988’s Elvira: Mistress of the Dark.

The Elvira’s Haunted Hills Blu-ray features a brand-new 4K scan of the original camera negative. Extras include a new introduction by Elvira; audio commentary from Peterson and co-stars Mary Scheer, Mary Jo Smith and Scott Atkinson, with director Sam Irvin; outtakes; a photo gallery; an interview with actor Richard O’Brien; a making-of featurette; a “Transylvania or Bust” featurette; and an “Elvira in Romania” featurette.