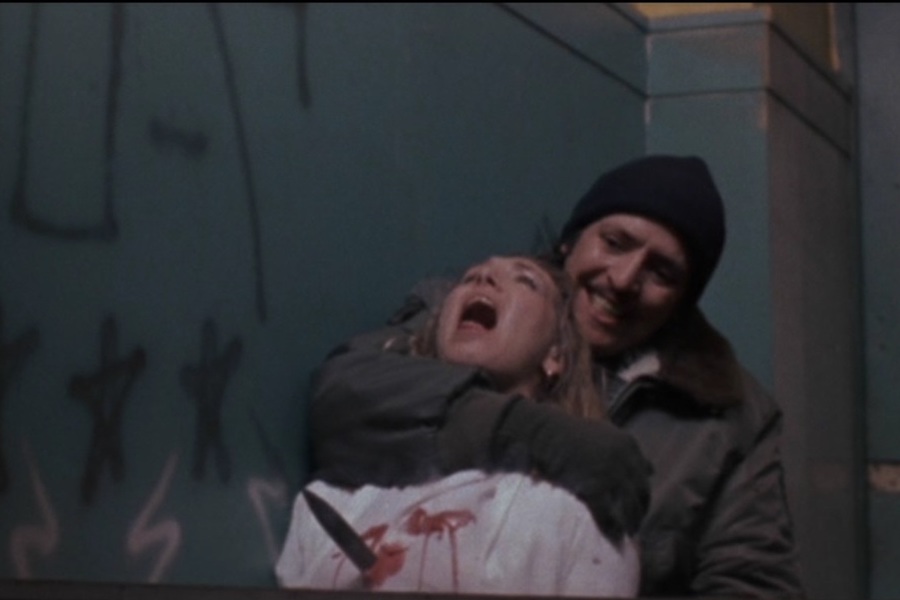 Joe Spinell (Rocky, The Godfather) plays Frank Zito, a deeply disturbed man, haunted by the traumas of childhood abuse. When these horrific memories come out, Frank prowls New York City to stalk and slaughter innocent young women. He begins a relationship with a photographer (Caroline Munro, The Spy Who Loved Me), but his vile compulsions remain.

Directed by William Lustig (Maniac Cop 2, Vigilante) and featuring  gore effects by Tom Savini (Dawn of the Dead, Friday the 13th), Maniac was originally banned or censored all over the world due to its graphic violence. Blue Underground is presenting the film in a new 4K restoration from its recently discovered 16mm original camera negative. 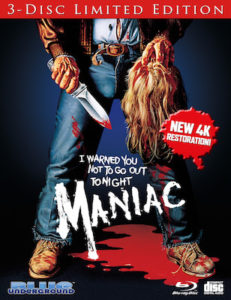 The release also includes a collectable booklet with a new essay by Michael Gingold.