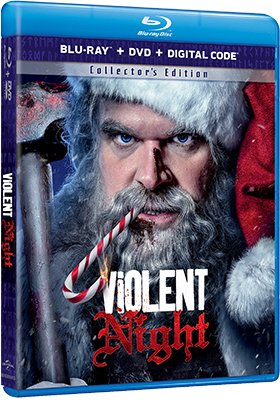 Director Tommy Wirkola’s Violent Night throws a wrinkle into the debate over whether Die Hard is a Christmas movie with an indelible spin on the concept: what if the hero of Die Hard was actually Santa Claus?

Just in case the title doesn’t make it clear how irreverent this action comedy wants to be, the way Violent Night introduces its Santa Claus certainly will: getting sloshed in a bar on Christmas Eve to prepare for the big night ahead of him. The other patrons assume he’s just another washed up mall Santa, until the bartender sees him flying away in his sleigh, just in time for the inebriated giftgiver to hurl a special surprise.

After 1,100 years on the job, this Santa, as played by David Harbour, is cynical and put upon, complaining about the increasing ingratitude of the children to whom he’s tasked with delivering presents. As if that weren’t enough, one of his stops is a mansion that has just been taken over by a team of heavily armed thieves led by John Leguizamo, who is holding the family that lives there hostage while he robs the vault of $300 million in cash from military contracts.

When his reindeer fly away after being spooked by gunfire, Santa is forced to battle his way through an array of holiday-themed bad guys, finding encouragement from Trudy (Leah Brady), the youngest member of the family who manages to escape with a walkie-talkie and reaches out to Santa for help.

A hilarious send-up of both the action and Christmas genres, Violent Night takes great delight in reimagining Santa tropes to match the action premise, particularly his magical bag of infinite toys, and his power to enter and exit chimneys. Even the character’s backstory is given a neat twist, presenting Santa as a Viking warrior in his human life, which certainly explains his combat skills.

As if the heavy Die Hard vibes weren’t enough, the film also manages to pay homage to Home Alone as well, with Trudy setting up a series of elaborate booby traps to slow down the attackers, only this time the traps are played more for ‘R’-rated blood and gore than ‘PG’ slapstick, which doesn’t make the violence any less amusing. (This is an obvious riff on the meme that the comical traps in the “Home Alone” movies would actually be lethal.)

The Blu-ray includes a commentary with Wirkola, producer Guy Danella, and writers Pat Casey and Josh Miller, which turns out to be a fun and informative discussion about how ideas for the film evolved into their final form, plus what we might see in a sequel.

There are also 19 minutes of deleted and extended scenes that offer a few more of the Christmas-themed puns that are sprinkled throughout the film.

The Blu-ray also offers three behind-the-scenes featurettes: The six-minute “Santa’s Helpers: The Making of Violent Night” offers a solid overview of the production, while the six-minute “Deck the Halls With Brawls” focuses on the action scenes, and the four-minute “Quarrelin’ Kringle” shines the spotlight on Harbour’s perfect casting as a brawler Santa. 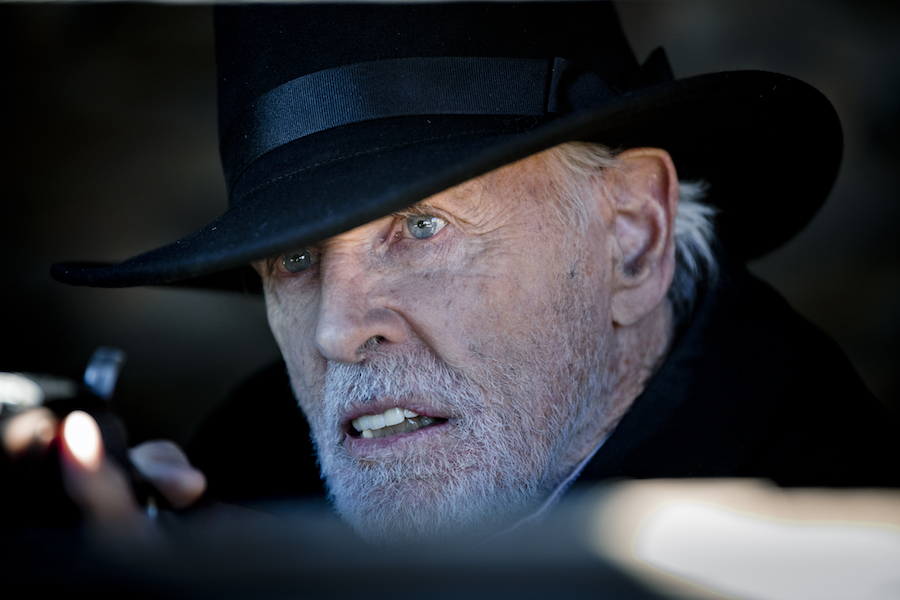 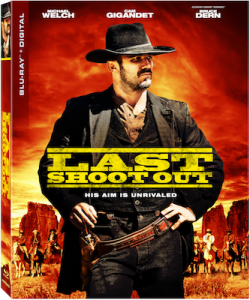