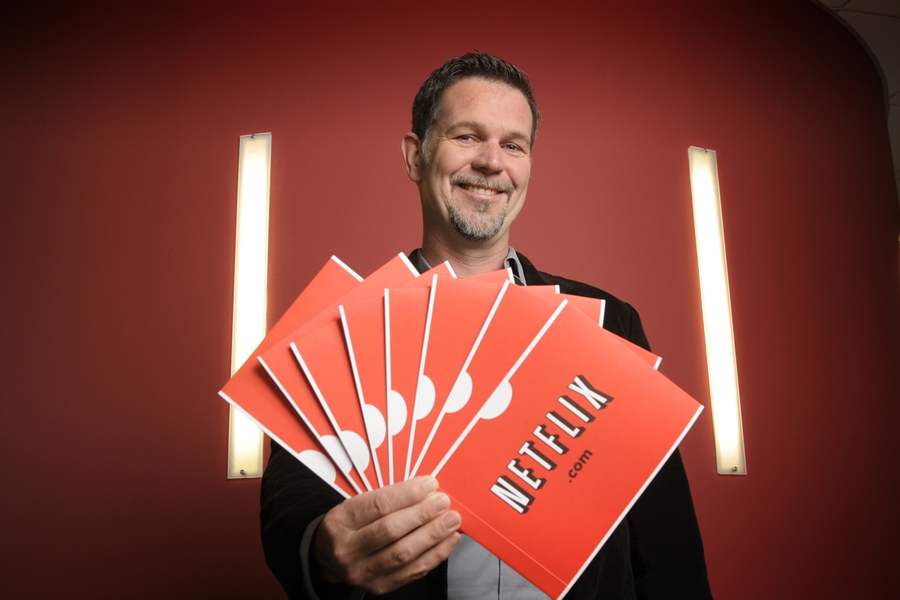 Netflix long ago turned a cold shoulder on its legacy by-mail DVD rental business, opting instead to focus full time on subscription streaming. The company does not include revenue from packaged media in its fiscal results, and anyone interested in renting discs has to go to a separate website to sign-up.

Netflix’s erstwhile hybrid streaming/DVD/Blu-ray Disc rental option — the cause of the company’s 50% stock plunge and loss of 8 million subs in 2011 after CEO Reed Hastings quietly tried ending the option and change the name of the DVD rental business to the short-lived “Qwikster” business model — no longer exists.

But money is money. And Netflix said it generated $35 million renting discs through the mail in the third quarter (ended Sept. 30). Through nine months of the fiscal year, the tally totals more than $112 million, or more than $410,000 a day over 273 days. The streamer stopped reporting packaged-media subscriber numbers a couple of years ago when it had about 2 million subs.

The gap between those percentages has narrowed considerably over time as the streamer tops 223 million streaming subs worldwide. The service does not rent discs outside of the United States. 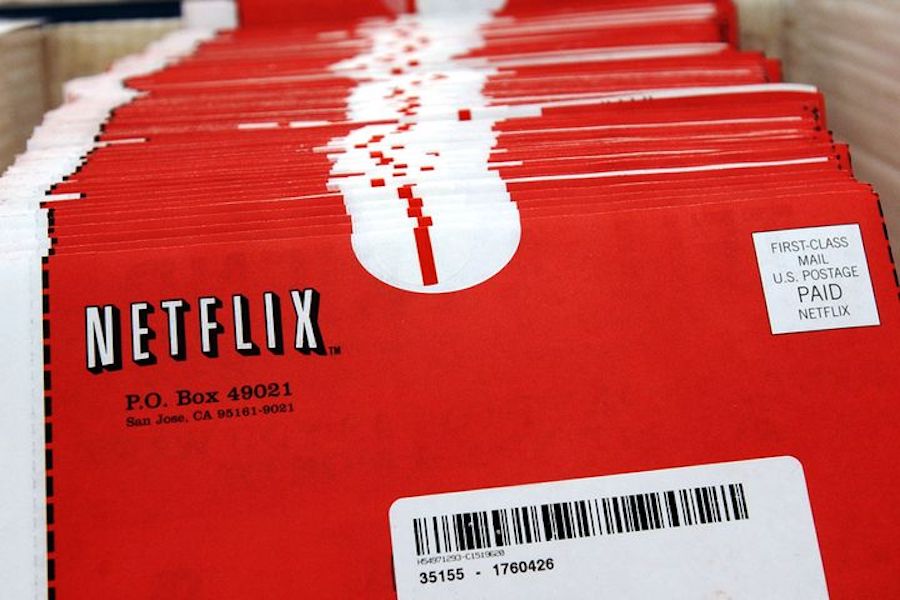 Netflix’s legacy DVD/Blu-ray Disc movie rental business finished the second quarter (ended June 30) with $77 million in revenue from subscribers who choose to rent packaged-media movies through the mail. That was down 20% from revenue of $96 million during the previous-year period. The downward trend has been consistent all year. Netflix Q1 disc rental revenue fell 20% to $37 million, from $46 million in the previous-year period, as fewer subscribers choose to rent new-release movie DVDs through the mail.

Netflix has quietly stopped including its legacy by-mail DVD rental service on quarterly financial reports. The Los Gatos, Calif.-based company launched in 1997 as the first home video service delivering DVD movie rentals in the mail. At its height, Netflix was the largest single customer for the U.S. Postal Service — generating hundreds of millions of dollars in operating profit.

Now it’s difficult to find mention of packaged media on Netflix’s balance sheet. To be sure, the company still offers two standalone DVD plans. The standard option ($7.99 monthly) affords subscribers access to one disc at a time, while the premier plan ($11.99) enables two discs out at a time.

Beginning in Q1 (ended March 31), Netflix excluded disc rental revenue from quarterly financial tallies, opting instead to list revenue as a sidebar item. In the company’s North American segment, the $2.83 billion in revenue excluded $62 million from the rental of DVD and Blu-ray Disc content. Through June 30, Netflix has generated $126 million in packaged-media revenue.

The service generated disc rental revenue of $366 million and $297 million in 2018 and 2019, respectively. Netflix ended 2019 with 2.1 million disc subscribers, which was down 553,000 from more than 2.7 million disc subs at the end of 2018. The segment remains immensely profitable, despite management indifference. For the 2019 fiscal year, discs generated $174 million operating profit.

“They have $445 million in revenue that is from something other than streaming,” Michael Pachter, media analyst with Wedbush Securities in Los Angeles, wrote in an email. “Impossible to know what portion is from DVD and what is from other stuff. But they don’t report it separately.”

Netflix hasn’t been shy about distancing itself from its DVD by-mail rental legacy. The SVOD pioneer characterizes itself first and foremost as a digital movie/TV content producer/distributor.

In the company’s 10K filling on Jan. 29, Netflix disclosed that beginning in 2020 it would no longer reference DVD in select financial statements such as the “consolidated statements of cash flows” and “consolidated balance sheets.”

While the company has put all its efforts into streaming video since 2007, it continues to cater to millions of DVD/Blu-ray Disc rental subscribers. Blockbuster & Co. shuttered operations years ago.

Netflix ended 2019 with 2.1 million disc subscribers, which was down 553,000 from more than 2.7 million disc subs at the end of 2018. The service remains immensely profitable, generating $37.3 million operating income on revenue of $68.4 million. For the fiscal year, disc rentals generated $174 million operating profit on revenue of $297.2 million.

Netflix has all the luck.

The erstwhile by-mail disc rental pioneer’s brand name ushered in the ability for consumers to rent DVD or Blu-ray Disc movies online and receive the disc by mail 24 hours later.

Disc rental has been an unrelenting cash cow for Netflix, generating operating income and crazy margins most companies would call out in an earnings report.

The unit reported a $44 million profit on revenue of $71.8 million in the most-recent fiscal period. That revenue represented 98.9% of all by-mail disc rental revenue in Q3 in the United States, according to DEG: The Digital Entertainment Group.

Instead, Netflix has largely turned a cold shoulder to packaged media for about as long as it has been streaming video — 10 years. In fact, co-founder/CEO Reed Hastings in 2011 infamously tried to spin-off the disc business into the short-lived Qwikster brand — a move that sent Netflix shares freefalling 75%.

Hastings was forced to retract the decision — initially announced in a Sunday blog post from his home — as a corporate misstep.

“It is clear that for many of our members two Web sites would make things more difficult, so we are going to keep Netflix as one place to go for streaming and DVDs,” Hastings wrote at the time.

To be sure, the number of Netflix subscribers renting movies and TV shows by mail is dwindling. Subscribers are down nearly 18% to 2.3 million from 2.8 million last year. Revenue through nine months of the fiscal year is off about 15% from the previous-year period at $136.6 million.

One day, by-mail disc rentals from Netflix will be history, quietly removed from “consolidated statements of cash flows” on the balance sheet without so much as a thought. That day might be marked by some in the media as transformational, the end of an era, or just ignored.

Indeed, when Netflix shipped out its 5 billionth disc rental in August, it tweeted the milestone — from a separate corporate account.