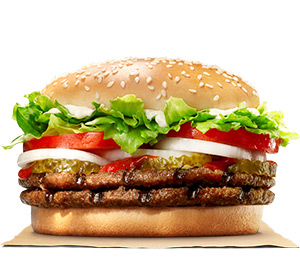 In the viral video (with nearly 1 million views), customers looking to buy a Whopper are charged $26 (an arbitrary amount) to receive the burger instantly. Paying less requires waiting longer or buying something else.

The video uses actual Burger King customers, who become increasingly indignant when the Whopper they want is held “hostage” by employees until the appropriate waiting period is met.

“I didn’t think ordering a Whopper would open my eyes to net neutrality,” said one customer.