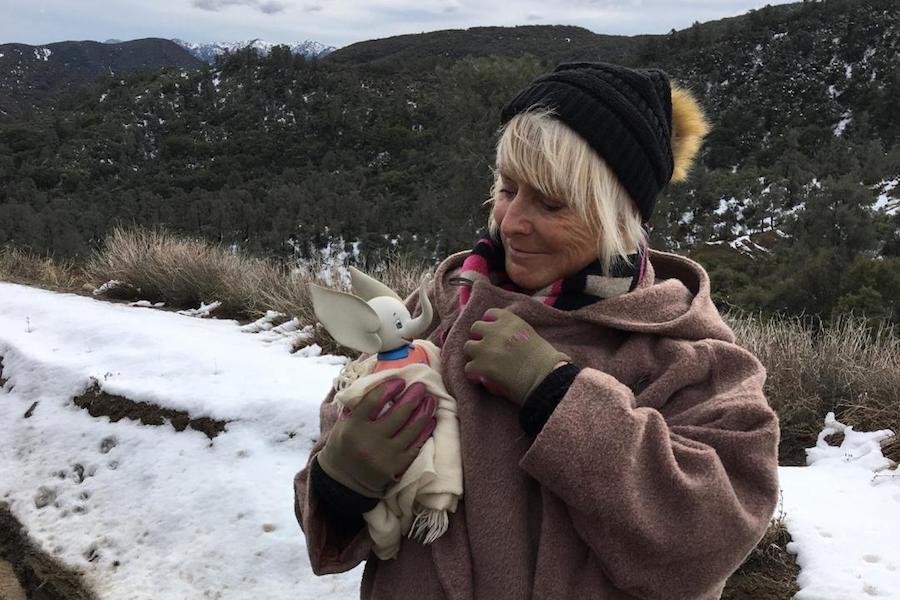 Britt Allcroft has always loved stories and telling them.

“As a little girl, I wanted to be told wonderful stories that would light up my imagination, comfort me when I was frightened (which was often), make me laugh when I needed cheering up, and inspire me,” she recalls.

At the age of 7, she wrote her first original story.

“I illustrated it in yellow and red crayons and have it to this day,” says the British born creator, writer, director and producer.

Allcroft is the creator of the children’s television series “Thomas the Tank Engine & Friends” (later retitled “Thomas & Friends”), “Shining Time Station” (with Rick Siggelkow) and “Britt Allcroft’s Magic Adventures of Mumfie” — which have become fixtures of children’s television and home entertainment. She wrote, co-produced and directed the film Thomas and the Magic Railroad (2000), which was recently released on Blu-ray Disc for the first time from Shout! Factory Kids. The disc included scenes deleted (to her dismay) from the original release.

Allcroft grew up in a small seaside town in England. She had an absent father, the family had no money, no car or TV, but they loved the radio, the ocean and exploring the local countryside. Foreshadowing her future career as a storyteller, she would put on plays in the family backyard with a small entry charge for the neighborhood. Trains played a soothing role in the life of the young Allcroft.

“We lived in a house from which I would walk to school each day and that meant crossing over the railway bridge,” she says. “I would always stop and wait for a steam train to puff along and pass underneath me. My Auntie Tro lived with us and she shared her love of poetry with me. I soon learned to read poems out loud with her and was immensely soothed by the rhythm and cadence of poetry. The sound of the engine wheels going round on the tracks and the sound of the lines of poetry shared that wonderful way of calming me and easing the fear that was often present in my life.”

Later, as a television producer, Allcroft acquired the rights to the Reverend Wilbert Awdry’s “The Railway Series” of children’s books from the 1940s. That was the beginning of “Thomas.” 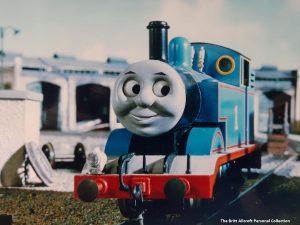 “I was very sure that I wanted classic ‘Thomas and Friends’ to look like a world for children that could indeed exist, and I was greatly inspired by book two of ‘The Railway Series’ of books, which had an illustration of Thomas on its cover,” Allcroft says. “I also wanted it to be told in such a way that a little child who might well be on his or her own could feel comforted and loved by the storyteller. I am still so touched by the messages I receive from folks of all sorts of ages and all sorts of places that share with me the fact that this is exactly how they felt and still do when they watch their own collections of tapes and discs.”

In 1989, Allcroft and American producer Rick Siggelkow created “Shining Time Station,” a live-action children’s program fronted by the magical character of the miniature Mr. Conductor, who introduced two “Thomas” stories in each half-hour program. Then, in 1994, Allcroft created the cartoon-animated “Magic Adventures of Mumfie” inspired by the artworks of Katharine Tozer. The series, featuring original musical numbers, follows Mumfie, a lonely elephant who lives in a cottage in the woods and sets out on a magical journey to meet new friends.

“Magic is arguably an over-used word, but not in Mumfie’s World,” Allcroft says. “Here magic is just a matter of fact — part of life and living — woven into everyday situations, emotions and experiences familiar to children and to grown-ups.”

Again Allcroft’s childhood inspired ‘Mumfie.’ Her mother would often take her to London to see musicals, and the series features songs prominently.

“‘Mumfie’ is full of wonder, magic and music,” she says. “There are around 22 songs in the classic ‘Mumfie’ library, and this is part of the ‘Mumfie’ trademark and is mentioned so often by fans who grew up with the series and love it to this day. It’s wonderful that classic ‘Mumfie’ will be available again and likewise all the songs.” 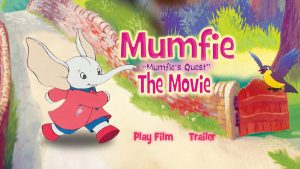 The movie Mumfie’s Quest is available now digitally and on DVD at Amazon and on iTunes from Giant Interactive.

While ‘Thomas’ and ‘Mumfie’ are different in production style and characters, the series have a common theme, she notes.

“Both speak directly to human feelings and experience through the power of enchantment,” Allcroft says. “They share in common what I have come to call stories of the spirit — which now includes, of course, my ongoing projects.”

Zodiak Kids is producing a new animated preschool comedy series “Mumfie” with Allcroft based on “Magic Adventures of Mumfie.” The new series features the optimistic young elephant Mumfie along with his best friends Pinkey the flying pig and Jelly Bean the color-changing jellyfish. As the trio embarks on their daily adventures, they meet an eclectic bunch of animal friends: a cheeky crocodile who thinks he’s a king and his mischievous cat confidant; a hermit crab mayor and a giraffe who runs a hotel on an iceberg; a jolly yellow whale and a skateboarding zebra; and some pirate wolves and a Greek chorus of funny frogs.

“It has its own style, and I love it,” she says. “New ‘Mumfie,’ with a new look and new characters, is already well into production, and I love my role as a producer who is always happy to share my thoughts and ideas.”

The final release plans for the new Mumfie series are still be finalized by Zodiak Kids with details expected later this fall.