Netflix is bringing its original re-imagined Regency-era London TV series to fans. The SVOD pioneer in early 2022 is launching an interactive touring group, dubbed The Queen’s Ball: A Bridgerton Experience — with stops in Los Angeles, Chicago, Montreal and Washington, D.C., among others.

The events feature a string quartet live concert playing music inspired by “Bridgerton’s” soundtrack, and fans will be able relive the main character’s love story through a dance show and immersive character interactions. Attendees can also try to win the Queen’s favor to be named the season’s Diamond. 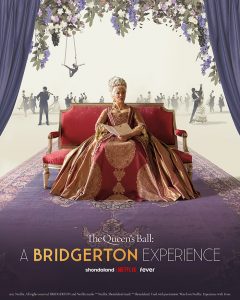 “We’ve partnered with Fever on The Queen’s Ball: A Bridgerton Experience to create a similarly unique fan experience designed to immerse attendees in the lavish world of Bridgerton and bring this world to them wherever they are,” Greg Lombardo, head of experiences at Netflix, said in a statement.

Interested parties can visit the waitlist for more information. Tickets go on sale Sept. 16, starting at $49 ($45 Canadian) per ticket.

The series has been a hit since launching on Christmas Day, generating more than 63 million views in its first 28 days. Netflix counts a view after 120 seconds of continuous streaming.

“‘Bridgerton’ swept us off our feet,” Bela Bajaria, VP of global TV at Netflix, said in a statement. “The creative team, led by Shonda, knew the material and delivered a beautiful, emotional, romantic drama for our members. They have some exciting plans for the future, and we think audiences will continue to swoon for this show. We’re planning to be in the ‘Bridgerton’ business for a long time to come.”

Rimes said the two-season pickup was a “strong vote of confidence” in her Shondaland production team, which includes Betsy Beers and Chris Van Dusen.

“Betsy and I are thrilled to have the opportunity to continue bringing the world of ‘Bridgerton’ to a worldwide audience,” Rimes said. 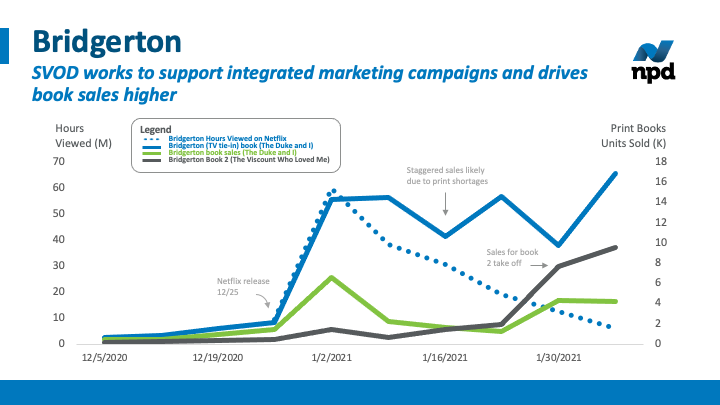 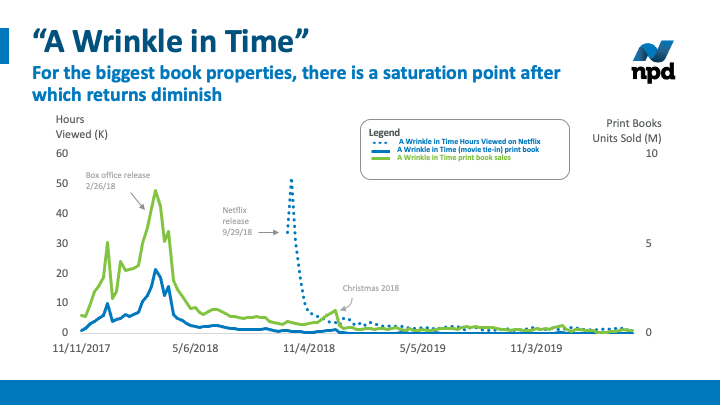 “We’ve had ‘Cobra-Kai’ and ‘Bridgerton’ swapping the lead more than a NASCAR race over the past couple of weeks,” Brian Fuhrer, SVP of product strategy, said in a video post. Fuhrer said the week marked the debut of Disney Plus’ “WandaVision” on the chart, tracking 434 million minutes across two episodes — besting “The Mandalorian” with 339 million across 16 episodes.

The week the saw the arrival Netflix original movie, Outside the Wire, which lead all feature films with 556 million minutes streamed.

“It was by far the most-streamed movie of the week,” Fuhrer said. 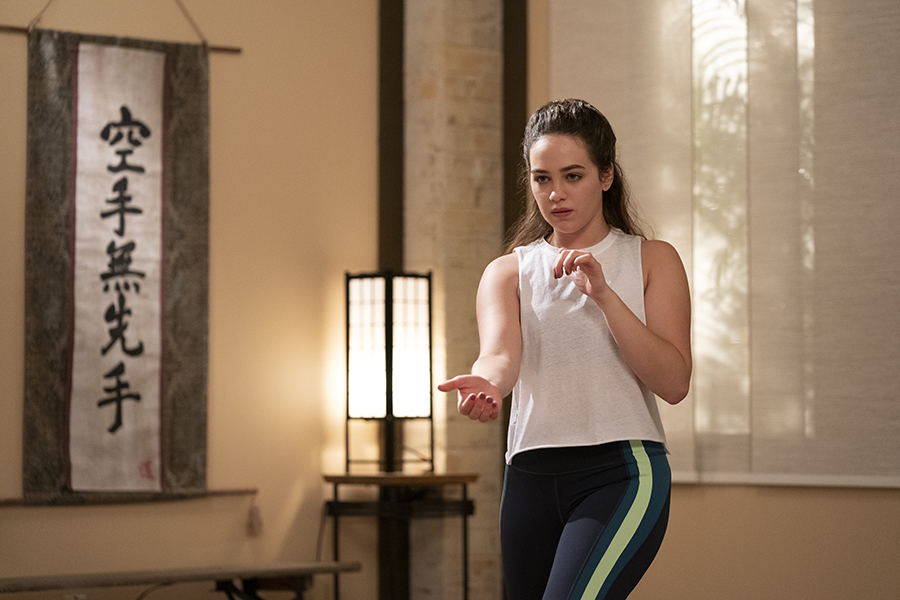 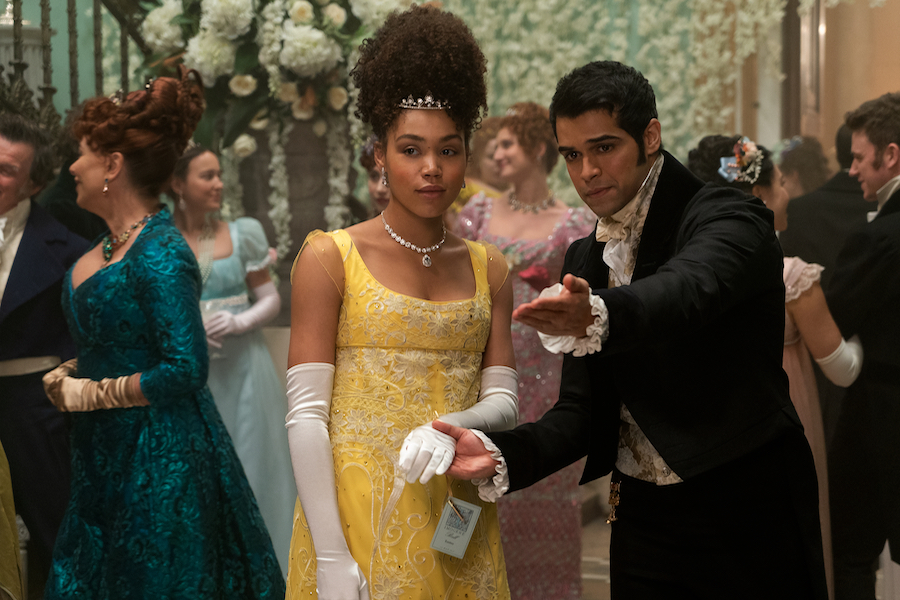 Netflix again dominated content streaming on the television, with Disney’s “The Mandalorian” as the lone non-Netflix program on the chart with 707 minutes across 16 episodes. 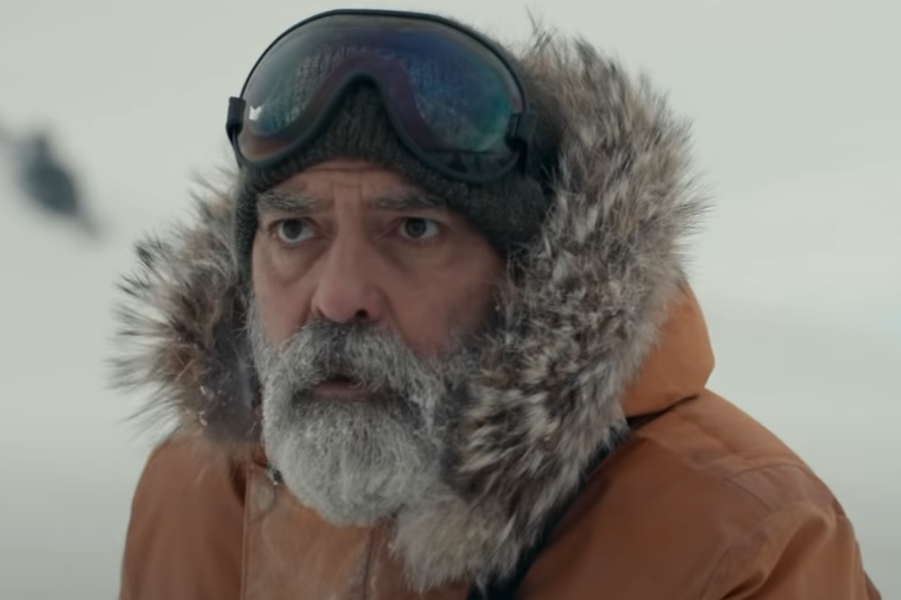 Netflix original movie The Midnight Sky, starring and directed by George Clooney, has quietly topped the streamer’s most-popular chart for five consecutive days since its Dec. 23 launch. With Netflix’s 73 million U.S. subscribers required to stream just 120 seconds of Sky to register as viewers, according to the SVOD pioneer, odds are high the movie surpassed streaming viewership for Wonder Woman 1984 on HBO Max and Soul on Disney+.

The sci-fi film, based on the novel Good Morning, Midnight by Lily Brooks-Dalton, follows a scientist (Clooney) who must venture through the frozen Arctic with a young girl to warn off a returning spaceship following a global catastrophe. Co-stars include Felicity Jones, David Oyelowo, Tiffany Boone, Demián Bichir, Kyle Chandler and Caoilinn Springall.