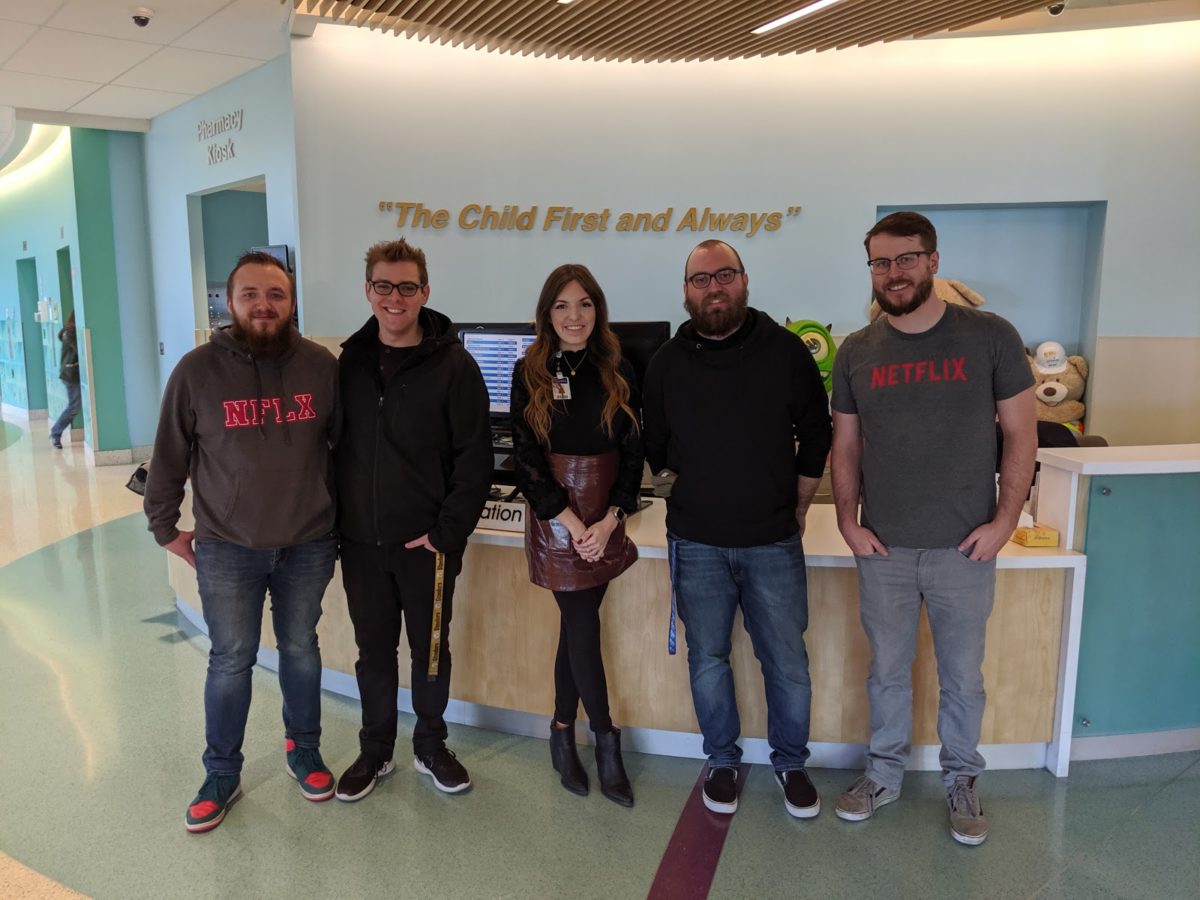 The group raises funds and awareness for 170 member hospitals that provide 32 million treatments each year to kids across the U.S. and Canada. Donations stay local to fund critical treatments and healthcare services, pediatric medical equipment and charitable care.

Brian Moyles, who has worked for eight years as a software engineer at Netflix in Los Gatos, Calif., organized the first Netflix Extra Life event in 2016. Moyles was inspired by his family’s own health scare in 2015 when his then 7-month-old daughter was unexpectedly diagnosed with a heart rhythm disorder and had to be sedated and placed on a heart bypass machine.

The girl remained hospitalized in the ICU at Stanford Children’s Hospital for the next two months, during which time her vocal chords were inadvertently paralyzed and she had to be fed via a gastric feeding tube. It took several months for her to recover fully.

“We’re now four years down the road and everything has been clear since,” Moyles said in a company blog post.

Moyles said the ordeal changed him and his family’s outlook on the impact medical emergencies can have on children and their families.

“Netflix, more so than any organization I’ve worked for, provides an incredible amount of freedom and autonomy in exchange for trust and responsibility,” he said.

Extra Life has become an annual event at Netflix. Last year, it raised more than $25,000. It reached $32,000 in 2019, involving about 100 employees, friends and family members across multiple office locations.

“This is real important work that’s going on here — the kind that changes people’s lives forever,” research analyst Austin Smith said. “It’s our hope that in some way, our event and our contribution will be used to ease someone’s pain on the most difficult day of their life.”

Primary Children’s Hospital in Salt Lake City reportedly used its Extra Life donations to purchase an Xbox One X for every patient room.

Saxton said that in addition to funding, Netflix sent a message of support to the children and families.

Moyles says the Extra Life has helped him connect with employees in other departments and offices.

“It’s a lot of work but it ends up being a lot of fun,” he said. “I’ve gotten to meet and work with amazing people throughout the company I likely would not have otherwise, and it feels good to be able to help those in need and affect change.”

This report is based on a post from Kate Stanhope with the Netflix communications team.