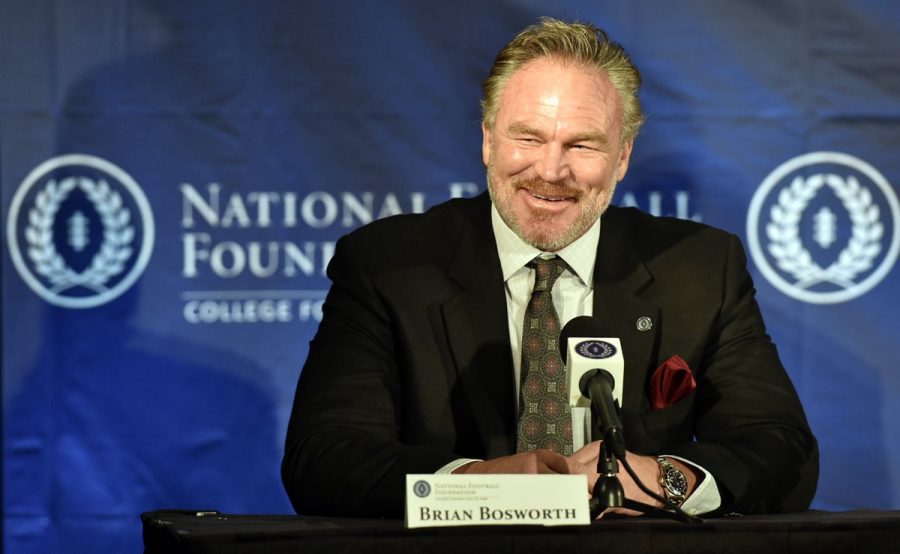 The series follows Bosworth as he tours eight of the best destinations in college football today, interviewing coaches, former players and fans to determine why each stadium deserves a spot on every fan’s bucket list. Schools include his alma mater University of Oklahoma, reigning national champions University of Alabama, Texas A&M, University of Texas, Louisiana State University, Clemson, University of Georgia and Auburn University.

In one episode Bosworth reflects on an infamous NFL moment he had with Heisman winner Bo Jackson during a Monday Night Football game more than 30 years ago when the famed running back ran right over him. He also sits down with Clemson head coach Dabo Swinney, former Georgia quarterback Aaron Murray, Texas’ Jamaal Charles, and current NFL stars AJ McCarron, D’Andre Swift, Tee Higgins, Christian Kirk, Dee Ford, Justin Jefferson, and Sterling Shepard., among others

“Many never get to experience the greatness of the college football landscape,” Bosworth said in a statement. “There’s something to be said for the beauty of these stadiums and impressive programs.”

“This docu-series will keep our sports-hungry viewers wildly entertained, especially now that the college football season is over, and will be fascinating even for viewers who aren’t sports fans,” said Philippe Guelton, president of Crackle Plus.

The series is distributed in North America by Screen Media, a Chicken Soup for the Soul Entertainment company and the supplier of exclusive and original content to Crackle Plus. “Bucket List” was produced by CampusLore, a pro athlete-focused content development and media company specializing in college sports.