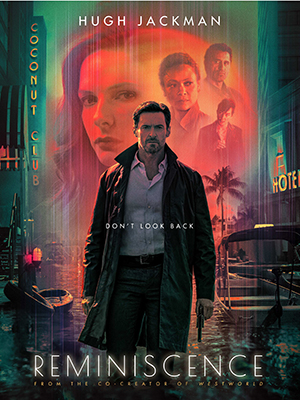 In addition to playing in theaters, Reminiscence will stream on HBO Max through Sept. 17. 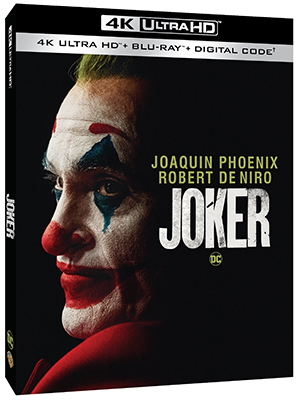 In DC Comics, the Joker has been Batman’s primary nemesis for 80 years, and part of the reason he remains such a fascinating character is the mystery surrounding his origins and motivations.

That isn’t to say that there haven’t been versions of a Joker origin story over the years, most often tailored to a specific story being told. There just hasn’t been a definitive one as clean as his counterpart’s, the boy who grew up to fight crime after the murder of his parents. The tale of the Joker is often messy and contradictory, which only adds to his intrigue and popularity.

With the movie aptly named Joker, director Todd Phillips brings a new interpretation of the character. The script by Phillips and co-writer Scott Silver is mostly a gritty, disturbing character study about what could push a man to reject society and embrace chaos; calling it Joker, as Phillips admits in the bonus materials, just gives comic book fans an excuse to see it.

But that’s not quite a fair assessment, as the story, while not directly adapting any of the myriad source material available, does touch upon several classic elements associated with Joker and Batman from the comics, particularly the notion that all it takes is “one bad day” to push a man over the edge.

The film is anchored by Joaquin Phoenix’s immersive performance as Arthur Fleck, an anti-social, mentally ill loner and aspiring stand-up comedian who fantasizes about being accepted by a society that has little use for him. The film is set in 1981 in a moody version of Gotham City that threatens to burst at the seams at any moment, as corrupt bureaucrats leave public services underfunded while the wealthiest citizens, including Thomas Wayne, seem to have no interest in alleviating the tension.

While the story takes some violent turns and the film has courted controversy with its disturbing tone and sympathetic portrayal of a homicidal iconoclast, it nonetheless became a massive it. The film’s version of its title character has struck a nerve, becoming something of an anti-establishment champion of the downtrodden.

Phillips himself as even hinted that maybe Fleck isn’t the villain who ultimately confronts Batman, but is more of an inspiration for whomever that may be. But that’s a debate for fans and potentially a sequel that was never intended but may become a reality due to the film’s success.

Even so, there’s no requirement that this version of Joker be tied to any of the other versions of DC characters being displayed on the big screen at the moment. The look and style of the film is heavily inspired by Martin Scorsese crime dramas of the 1970s and ’80s, particularly Taxi Driver and The King of Comedy, which is perfectly in line with graphic novels that reimagine characters in different settings, something DC’s Elseworlds imprint did all the time. So, this movie is basically just what if the Joker were a Scorsese antihero.

The bonus materials for his initial home video release of Joker are somewhat sparse given its impact. The primary extra is “Joker: Vision & Fury,” a pretty good 22-and-a-half-minute behind-the-scenes featurette that includes interviews with many of the filmmakers and cast discussing how they sought to present their distinct vision of the character and his circumstances.

The other three featurettes are short highlight reels. “Becoming Joker” is a minute-and-a-half montage of Phoenix test footage; “Please Welcome … Joker!” is a nearly three-minute compilation of alternate takes of Joker’s entrance onto the late-night talk show that plays a central role in the story; and “Joker: A Chronicle of Chaos” is little more than a three-minute slideshow of photos from the movie.

A commentary with Phillips is available exclusively through copies of the film on iTunes, which owners of the Blu-ray can access as a result of the Movies Anywhere redemption code included with the disc.