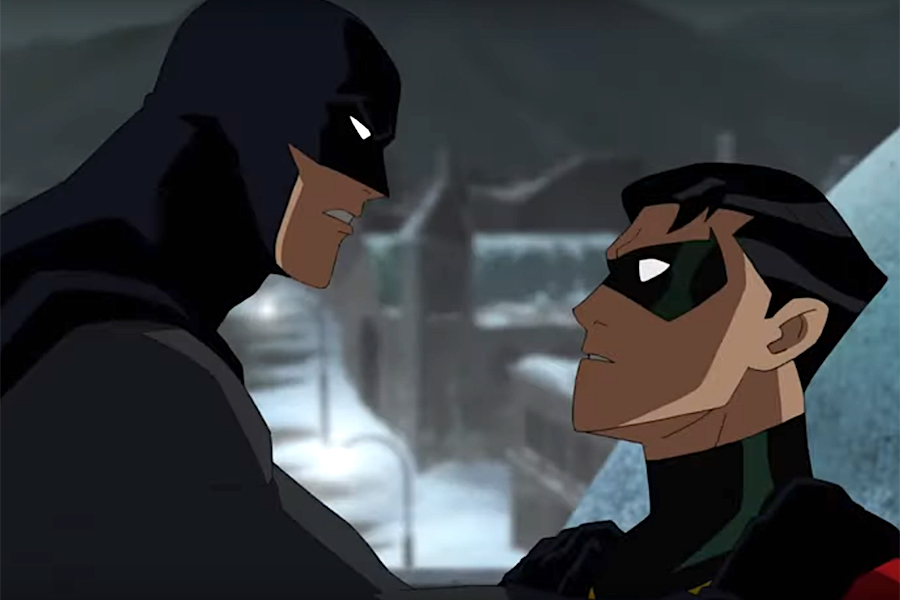 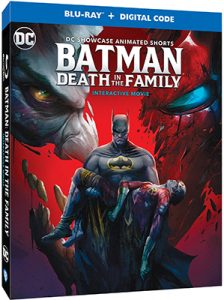 Warner Bros. Home Entertainment Oct. 13 will release Blu-ray Disc and digital editions of Batman: Death in the Family, a compilation of animated shorts based on DC Comics characters that includes the studio’s first interactive film presentation.

The centerpiece of the compilation is the extended-length Death in the Family, based on the landmark 1988 Batman comic book storyline in which readers were given a chance to vote via telephone poll about whether or not to kill off the second Robin, Jason Todd.

Produced, directed and written by Brandon Vietti, the interactive Blu-ray presentation allows viewers to guide the storyline through their remote control, with numerous plot twists and several possible endings. Viewers can also choose to allow the story to tell itself, as there is an option to let the Blu-ray decide its own path.

“Batman: Death in the Family is essentially a comic book come to life,” Vietti said. “We’ve paid homage to the 1988 interactive experience of DC’s ‘A Death in the Family’ comics release by giving fans a unique opportunity to craft their own story through a branching tool that can lead in multiple directions. The viewer gets to choose these characters’ paths, and each choice paves an alternate future for all of the characters and, ultimately, the story.”

The animated Death in the Family short is based not only on the original comic book run, but also Vietti’s 2010 Batman: Under the Red Hood animated movie, which is based on a comic book storyline in which Jason Todd returns.

“From the very first navigation card, we wanted to give the audience an impression of what they’re getting into, but then also give them something unexpected — maybe even something they’ll regret, so they have to think twice about every future choice they make,” Vietti said. “Branched storytelling has to be stronger than just the gimmick of the choices — it has to be rewarding and offer new and worthwhile insights into the characters. It needs to involve you, and keep you searching for the next twist. So we sought to subvert expectations and do something very different.”

The digital version of Death in the Family is presented in a non-interactive format pre-assembled under the title Under the Red Hood: Reloaded, and three other non-interactive versions as bonus features: Jason Todd’s Rebellion, Robin’s Revenge and Red Hood’s Reckoning. Considering the various configurations, the Blu-ray also offers approximately five minutes of story content not included in the digital version.

The Death in the Family Blu-ray and digital editions will also include four additional “DC Showcase” animated shorts that were previously released in 2019 and 2020 as bonus material with earlier DC Universe animated movies: Sgt. Rock, Adam Strange, Death and The Phantom Stranger.

Originally attached to Batman: Hush, Sgt. Rock finds battle-weary Sgt. Rock (Karl Urban) thinking he has seen everything that World War II can dish out. But he is in for the surprise of his life when he is assigned to lead a company consisting of legendary monsters into battle against an unstoppable platoon of Nazi zombies.

Inspired by Neil Gaiman’s “The Sandman,” Death tells the story of Vincent, an artist with unresolved inner demons who meets a mysterious girl who helps him come to terms with his creative legacy and eventual death. Death was originally included with Wonder Woman: Bloodlines.

Attached as a bonus feature on the release of Superman: Red Son, The Phantom Stranger finds the enigmatic DC mystery man (voiced by Peter Serafinowicz) simultaneously playing both omniscient narrator and active character in a story of supernatural comeuppance for evil doers set in the 1970s.

Adam Strange, originally released with Justice League Dark: Apokolips War, tells the story of a rugged asteroid mining colony where the town drunk turns out to be legendary space adventurer Adam Strange, whose heroic backstory is played out in flashbacks as he struggles to save the very people who have scorned him for so long.

The ‘R’-rated Blu-ray Disc will include audio commentaries by “DC Daily” hosts Amy Dallen and Hector Navarro on Sgt. Rock, Adam Strange, Death and The Phantom Stranger, plus the Under the Red Hood: Reloaded version of Death in the Family.