As the subscription streaming video market tightens, streaming services are upping brand presence and loyalty. According to iSpotTV, ad impressions for streaming services more than doubled between 2019 and 2020. New research from Hub Entertainment shows that awareness is almost universal, even for relatively new platforms. 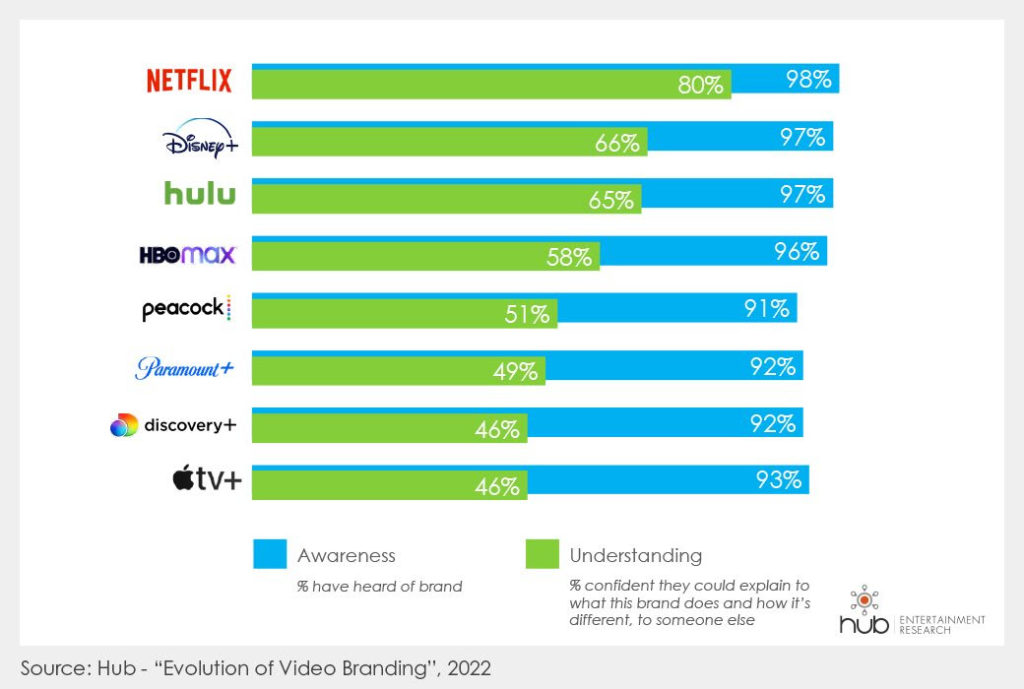 And with so many options, differentiation matters more than awareness when it comes to enticing new subs and lowering churn. In 2020, HBO Max announced that Warner Bros. Pictures’ 2021 slate of theatrical movies would be released on HBO Max the same day as theaters. This blew up the windowing paradigm and outraged many creatives, whose total compensation was predicated on the box office. But it was hugely effective at drawing subscribers, according to Hub.

The data showed a huge jump in HBO Max subs after the announcement. And even though these new movies made up a tiny fraction of the content on Max, most new subs said they were a factor, or even the main reason, that they decided to sign up. 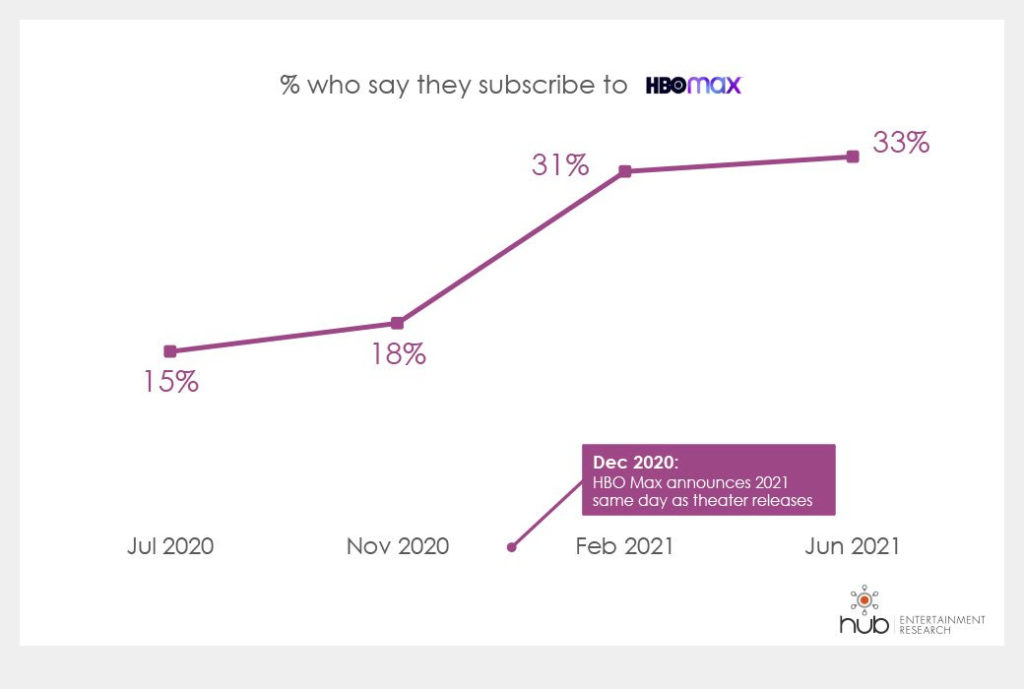 “Advertising and original content aren’t enough any more to differentiate streamers to consumers; brand loyalty will come from building community and creating a must watch viewing experience,” Hub founder Jon Giegengack said in a statement.