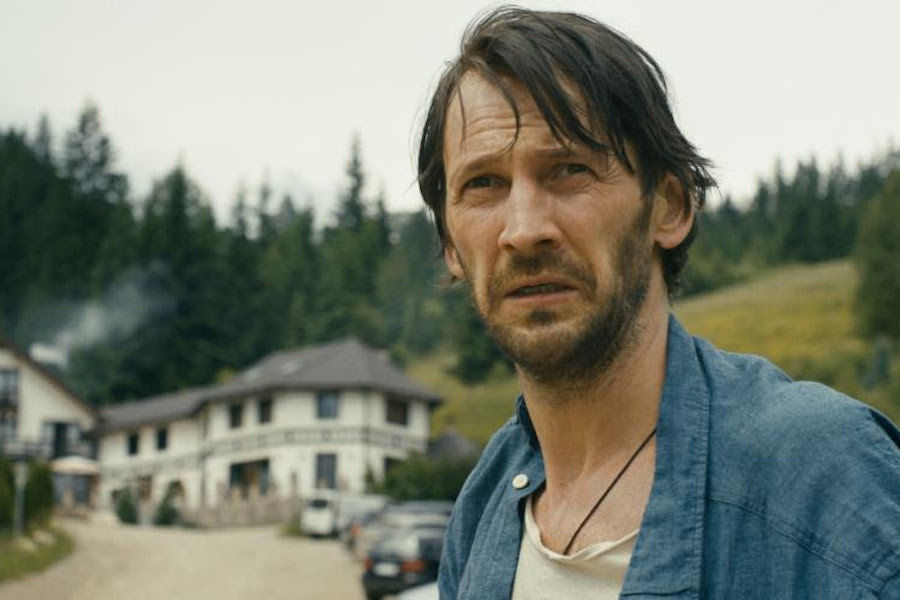 Director Bogdan George Apetri sets his crime thriller Unidentified — due on digital and DVD Nov. 22 from Film Movement — in a small city in Northern Romania, the area where he grew up. 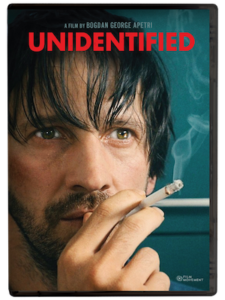 Unidentified — which captured the Special Jury Award in International Competition at the Warsaw Film Festival and Best Actor in a leading Role and Best Screenplay at Romanica’s Gopo Awards — follows police detective Florin Iespas who, despite growing debts and a complicated personal life, is determined to solve a hard case that no one else seems to care about. Ordered to put down the file, the cop continues his off-the-record investigations, soon turning up a strong lead for two hotel fires that resulted in several deaths. The suspect is Bănel, a security guard of Roma descent, but he denies everything. Faced with the refusal of the police chief to support his inquiry, the mistrust of his colleagues, and his own inner demons, Florin resorts to extraordinary measures to achieve a form of justice.

Media Play News talked to Apetri about Unidendified, his exploration of his hometown area and the stories he tells about it.

MPN: The film is designed as part of a trilogy. Can you tell me about the genesis of Unidentified?

Apetri: Indeed, Unidentified is the first part of a trilogy which continues with Miracle and will end with the film that I am currently writing, to be shot in 2023. It’s an interesting subject, because while the three films belong to the same universe — same overall locations, same larger constellation of characters — the genesis for each of the films couldn’t be more different. I have co-written Unidentified (starting from an original screenplay); I wrote Miracle on my own; and I am currently adapting the third film from a book. All in all, it’s very interesting to have such diverse starting points for each project, but it makes sense when you realize that every film is a self-contained story, which can be viewed and appreciated completely on its own. To answer the question specifically, the original script for Unidentified was called The Deer and it was written by a wonderful Romanian actor (and fantastic writer) named Iulian Postelnicu. Over about two years, I took it over and slowly changed it until the story fit my vision for the first installment of this trilogy set in Northern Romania, where I am from.

MPN: Can you describe the character of the police detective at the center of the mystery and what drives him?

Apetri: It would be hard to describe what drives Florin Iespas, the main character, without in effect revealing several important spoilers at the core of what the film is about. The very structure of the film is designed to offer clues and small revelations in small, well-timed increments, until a full picture of the character emerges from all the puzzle pieces spread throughout the story. He is a great cop, the kind of detective who will do anything to solve a case — terribly overworked, passionate about what he does, smart, calculated. He certainly seems well-intended when we find him wanting to take over an unsolved case at the beginning of the story — but in time, we realize his motives and intentions are not at all what they appeared to be at the start. There’s a very dark place deep inside this character, and like in all good dramas, I hope the audience will enjoy the many revelations which will uncover the character bit by bit, choice by choice, scene by scene.

MPN: Bogdan Farcaș plays that cop. How would you describe his acclaimed performance?

Apetri: Bogdan Farcaș was perfect for this role — I got this feeling from the very first few minutes of his audition, which almost never happens to me. I never write parts with actors in mind, but it’s as if I wrote this one for him. There was some doubt from the team initially, given that he never had a main part in a film before, and his experience was mainly in theater — but I never wavered in my decision to cast him. He simply embodies so many traits of the character (including a “good” kind of craziness about him — he even went so far as to slap my casting director in one of the auditions, when we were reading an interrogation scene). But more importantly, he dived into the role body and mind, and put his life on hold for a few months, preparing for the film. It was truly a unique experience seeing him strive to be better with each passing day, in effect blurring the lines between himself and the persona of his character. The acclaim he received is totally deserved, as he carried the film on his shoulders — there isn’t a scene without him in the whole story.

MPN: What role does the music play in the film?

Apetri: With one notable exception, I only have music by Frédéric Chopin in the film. By now, it’s a cliché to say it, but I really wanted the music to be a character in the film. The difference is, in my case, that it literally stands for one of the missing characters in the story — it’s not there in a metaphorical way. There is a huge hole at the center of the film, as viewers will steadily realize while the plot slowly unfolds. The music fills that void and prepares us for what’s to come later in the story. Incidentally, it was quite hard to pick the right Chopin pieces — I didn’t want to choose the works we all have heard way too many times, but at the same time, they needed to match the texture and the character of the scenes they were meant for. Not to mention, for a single piece of classical music, one can find dozens of different interpretations, each infused with a different feel, pace and emotion. All in all, it was quite a balancing act to zero in on the right Chopin composition for any given scene, and I must have listened to hundreds of recordings over several weeks to finalize my choices. In the end, as with any truly important artistic choice, you try to use your head as little as possible and rely on what your instinct tells you it’s the best solution.

MPN: What do you hope the audience takes away from the film?

Apetri: First and foremost, I hope the audience will enjoy the film on a purely storytelling basis — taking this journey together with the cop, discovering bit by bit what is truly at stake in this story, uncovering the main character layer by layer as the film rushes to its conclusion. Secondly, and more importantly, I hope the viewers will think about the questions the film raises long after it ends. And thirdly, I hope the U.S. audiences will enjoy watching a film shot in Romania, and will be able to appreciate both its very specific details as well as the universal appeal of the story.

Special features on the DVD include deleted scenes and commentary by Apetri.