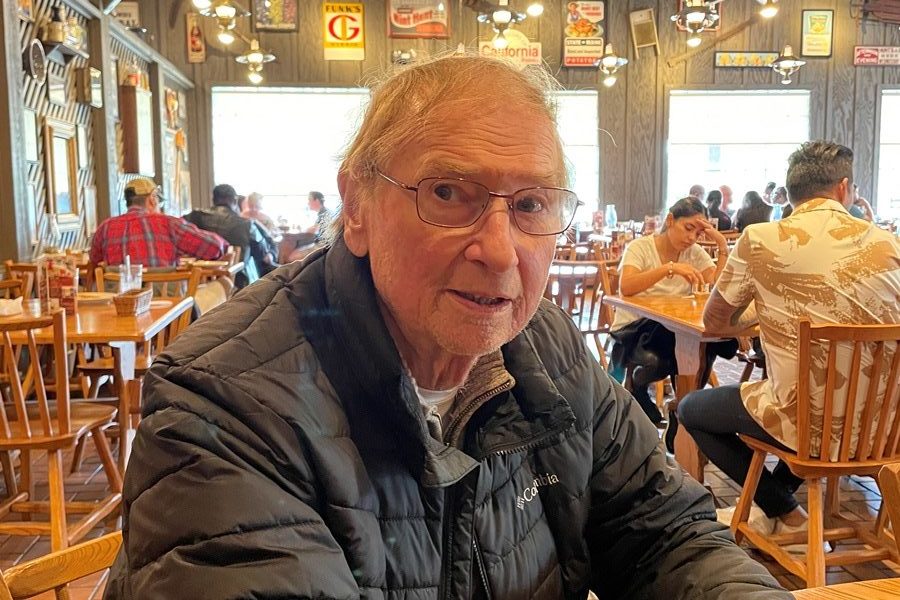 Bob Tollini, a veteran of the home video industry who held senior management positions at two big distributors and was one of the leaders in the charge to establish a common street date for new releases, died Feb. 4 of cancer.

He was 74. Tollini is survived by his wife, Patricia; son, Mike; and two granddaughters, Eva and Sophie.

Tollini, a native of Buffalo, New York, earned a Bachelor of Science degree in Economics from Cornell University and an MBA from Columbia University’s Graduate School of Business.

He began working in the video industry in the early 1980s, at CBS/Fox, where he rose to controller. In March 1984 he joined Video Trend as VP and GM of the Detroit branch. At the time, the video rental industry was flourishing as thousands of independent retailers bought movies on videocassette at prices starting at about $60 and rented them to the public. Studios sold their VHS cassettes through a network of distributors.

Tollini was subsequently promoted to VP of marketing and purchasing for all seven Video Trend branches.

In 1991, Chicago-based Video Trend was purchased by Major Video Concepts of Indianapolis and Tollini joined the acquiring company, where he ultimately rose to SVP. He helped launch the company’s Internet presence and at one point oversaw marketing for 1,500 video rental stores inside supermarkets.

Tollini was also active in the Video Software Dealers Association (VSDA) and a frequent speaker and panelist at the trade group’s annual convention in Las Vegas. In July 1998, he spoke out against revenue-sharing, in which studios let retailers buy more copies of the big hits at a reduced price in return for sharing a percentage of the revenues. He argued that Blockbuster had an advantage because of its direct sales relationship with the major studios, while independent retailers couldn’t enjoy the same discount because they could only purchase product through distributors.

“He loved movies, he loved the business, he was just a really great guy,” said Mark Fisher, president of streaming trade association OTT.X, who in the 1990s was EVP of the VSDA.

“He was a great guy — in business, personally, and professionally,” said Kirk Kirkpatrick, former president of the video division of WaxWorks, an Owensboro, Ky.-based distributor. “I got to know him best because I played tennis with him often at some of these conferences.  He beat the hell out of me every time.”

Kirkpatrick said Tollini also played a key role in establishing a uniform weekly release date for new home video releases, Tuesday, a practice that continues to this day. “I remember I called him and said, ‘This is crazy — we have all these different shipping days — why don’t we do what the record business does and have one standard release date,” Kirkpatrick said. “He backed that in an instant and made such a compelling case, because of his stature in the industry, that the studios agreed.”

Distribution was hit hard in the 1990s when independent stores were swallowed up, or put out of business, by rapidly growing national chains like Erol’s, National, West Coast and, later, Blockbuster, Hollywood Entertainment and Movie Gallery. The emergence of DVD in 1997 further impacted the videocassette rental business, as discs were priced low for direct sale to consumers.

Major Video Concepts was sold to Ingram Entertainment in 2000, and a year later Tollini left the company. He later worked as sales director for Video Access Computers, which manufactured DVD rental kiosks, before embarking on a career as a consultant. He also continued to produce a weekly buying guide aimed at the remaining independent retailers.

Tollini also was known for his charitable work. In the 1980s, he became a volunteer for Big Brothers, and over the years mentored dozens of young men. He also tutored children at a homeless shelter and drove a delivery truck for Second Helpings, an Indianapolis nonprofit that uses donated perishable and overstocked food to prepare nutritious meals for thousands of hungry children and adults.

“He was an altruistic person who was extremely generous with his time and really wanted to help people,” recalls son Mike. “He regarded himself as being raised by immigrant families who had nothing, and then at 17 he gets to go to two Ivy League schools in a row and gets to move into a management career. He was very troubled by inequality and the lack of opportunity, especially in the urban areas. He was really focused on helping kids, in particular from backgrounds of more challenging circumstances. He felt really fortunate to have had a lot of opportunity.”

Tollini also remained involved in film through Heartland Films, a nonprofit arts organization based in Indianapolis, with a mission to inspire filmmakers and audiences through the transformative power of film. He volunteered as a judge, and oversaw the organization’s video distribution initiative, alongside Bob Prudhomme and Tim Swain.

Tollini and his wife remained in Indianapolis until 2018, when they moved to the Washington, D.C. area to be closer to his son and grandchildren. He had been diagnosed with cancer in late 2017.