Rosario Dawson and Benjamin Bratt lead the cast of the futuristic drama, which is set amid a second American civil war and is based on the comic series published by DC. Patino. Patino will write all episodes and showrun. The pilot episode was directed by DuVernay. Patino and DuVernay are the executive producers.

Production on the limited series is scheduled to begin in 2021.

“I couldn’t be more thrilled to bring this epic to the screen with my boundary-pushing partners at WBTV and HBO Max, a sublime cast led by Rosario and Benjamin, and my partner and friend, the inimitable and ever-inspiring Ava DuVernay,” Patino said in a statement. “‘DMZ’ offers up an explosive playground which, more than anything else, exalts the resilience of community and the human spirit. I can’t wait to welcome the die-hard fans of the comic books and new viewers alike to this intoxicating, haunting and inspiring world.”

“‘DMZ’s’ unflinching story of a country torn apart resonates eerily and profoundly amid our current state of the union,” Sarah Aubrey, head of original content, HBO Max, said in a statement. “With the powerhouse visionary team of Ava and Roberto at the helm, bringing this critically acclaimed DC gem to life promises to entertain and inspire hope.”

In the series in the near future, America is embroiled in a bitter civil war, leaving Manhattan a demilitarized zone (DMZ), destroyed and isolated from the rest of the world. “DMZ” chronicles the harrowing journey of fearless and fierce medic Alma Ortega (Dawson), who sets out on a harrowing journey to find the son she lost in the evacuation of New York City at the onset of the conflict. Throwing gasoline on the flames of that conflict is Parco Delgado (Bratt), the popular and deadly leader of one of the most powerful gangs in the DMZ. He wants to rule this new world — and will stop at nothing to secure that outcome. In the drama, which examines a stark political and cultural divide in American society, Alma must contend with the gangs, militias, demagogues and warlords that control this lawless no man’s land.

In addition to Dawson and Bratt, “DMZ” series stars include Hoon Lee (“Banshee,””Warrior”), Freddy Miyares (“When They See Us,” “The L Word: Generation Q”) and Jordan Preston Carter (“The Haves and the Have Nots”).

“DMZ” is produced by DuVernay’s Array Filmworks in association with Warner Bros. Television.

Patino and DuVernay are both under overall deals with Warner Bros. Television Group (WBTVG).

Prior to “DMZ,” Patino was a writer and executive producer for the Emmy-nominated HBO/Warner Bros. Television series “Westworld.” He previously was a writer/producer on FX’s “Sons of Anarchy,” was a writer for NBC’s “Prime Suspect,” and wrote the feature film Cut Bank.

Through her WBTVG overall deal, DuVernay is currently executive producing the OWN/Warner Bros. Television drama series “Queen Sugar” and “Cherish the Day,” as well as the upcoming NBC family social experiment “Home Sweet Home” and the HBO Max docuseries “One Perfect Shot,” both from Warner Horizon Unscripted Television. Separately from her WBTVG deal, DuVernay is executive producing the upcoming Netflix limited series “Colin in Black & White,” about the life of all-star athlete/activist Colin Kaepernick. She previously helmed the acclaimed Emmy-winning Netflix miniseries “When They See Us,” the Oscar-winning feature Selma, Oscar-nominated/Emmy-winning documentary 13th, and films A Wrinkle in Time, Middle of Nowhere and I Will Follow. 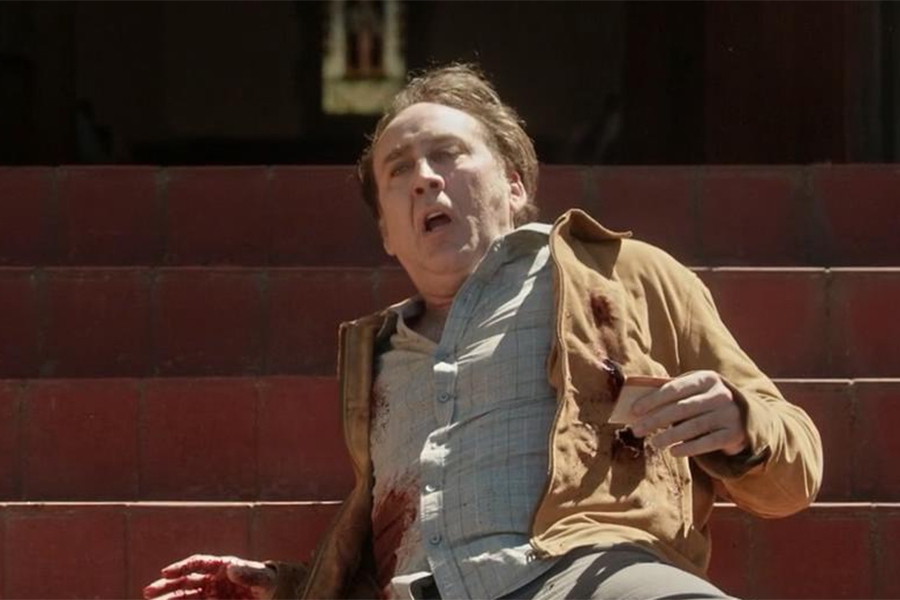 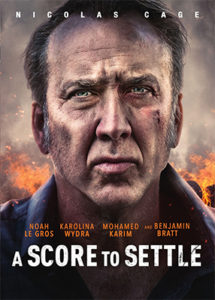 RLJE Films will release A Score to Settle on Blu-ray and DVD Sept. 24.

The action film stars Academy Award winner Nicolas Cage as an ex-con with a terminal disease who hopes to make amends with his son while plotting revenge against the members of his old gang. The cast also includes Noah Le Gros, Karolina Wydra, Mohamed Karim and Benjamin Bratt.