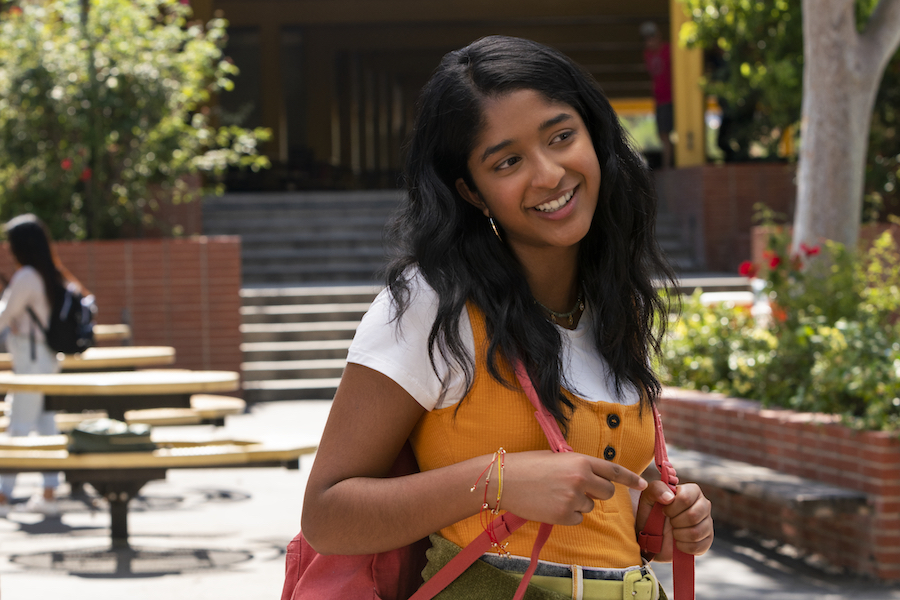 The partnership marks an evolution for Gold House by expanding their support beyond films for Asian audiences. Gold House will work closely with Netflix to amplify all culturally-relevant stories (inclusive of films, series, documentaries, and comedy stand-ups) and will engage the API community through private and public experiences to celebrate diverse, multidimensional storytelling.

The first “Netflix Gold” event will be the premiere of Season two of Netflix’s critically-acclaimed “Never Have I Ever,” in addition to “Devi’s Summer Kickback, which is inspired by “Never Have I Ever’s” lead character Devi, played by Maitreyi Ramakrishnan and created by actress/comedian Mindy Kaling.

The event aims to bring the Gold House community together for the first time in Los Angeles since the pandemic to get a sneak peek at the season, sample South Asian food and culture, highlight small businesses, and celebrate intersectional South Asian stories.

Netflix previously partnered with Gold House to market movies such as the  Academy Award nominated The White Tiger and Over The Moon, as well as Alice Wu’s GLAAD Award winning film The Half Of It, which all were highlighted in the organization’s inaugural Gold List celebrating special achievements in film.

“Netflix Gold” will encompass the variety of API storytelling on Netflix with upcoming releases, including The Chair with Sandra Oh and Sparking Joy with Marie Kondo. Netflix is continuing develop to invest in series and films across the Asian American experience, including upcoming documentary series Naomi Osaka, and recently announced projects including Portrait of a Thief, BEEF, Free Food for Millionaires, White Ivy, Dial A for Aunties, Boo Bitch, an untitled Awkwafina and Sandra Oh comedy, and a slate of animated series and film.

The collaboration is personal to Bela Bajaria, head of global TV at Netflix.

“Growing up, I didn’t see girls who looked like me in the TV shows I loved,” Bajaria said in a statement. “A show like ‘Never Have I Ever’ — with API creators and artists on screen and behind the scenes — is still too rare and something I’m proud to celebrate.

Bing Chen, co-founder of Gold House, said the group is committed to amplifying and unifying its multicultural communities — not just by righting systemic wrongs, but by “projecting new, affirming, portrayals of the world we deserve.”

“We are proud to partner with Netflix … to celebrate diverse API stories that have the power to inspire much-needed change,” Chen said.

Gold House and Netflix are planning additional elements of partnership to be announced later this year.

Bajaria, who joined Netflix two years ago as VP of content, inherits some of the duties from Erik Barmack, VP, international originals for Latin America, EMEA and India, who is leaving to launch his own production company after eight years at Netflix.

“Bela Bajaria is an incredible creative talent — bringing global hits like You, Nailed It and Queer Eye to Netflix,” CCO Ted Sarandos said in a statement. “She is the perfect person to build on our international efforts, helping to bring the world’s stories to the world whatever the language”.

The management moves come as Netflix seeks greater exposure internationally, including generating the vast majority of new subscribers outside the United States.

“Erik has been transformational for Netflix,” Sarandos said. “Hits such as ‘Dark,’ ‘Sacred Games’ and ‘Elite’ helped put us on the map and we wish him great success with his next chapter.”