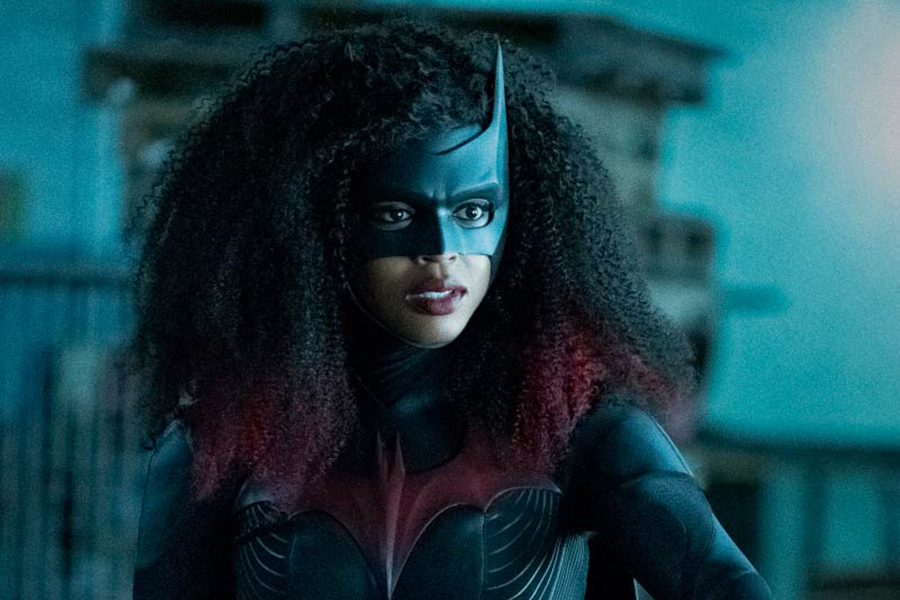 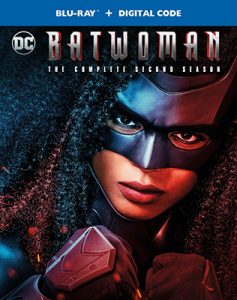 The second season of the CW series introduces a new Batwoman, Ryan Wilder (Javicia Leslie), who discovers the bat-suit in the wreckage of Kate Kane’s plane. As the Bat-team tries to piece together what happened to Kate, the new Batwoman confronts a new enemy to Gotham City: the Black Mask. Meanwhile, the villainous Alice (Rachel Skarsten) confronts her past, and the leader of a cult of women who live on a mysterious island and may have been involved causing Kate to disappear.

“Batwoman” is part of the “Arrowverse,” a shared universe of CW shows that also includes “The Flash,” “Supergirl” and “Legends of Tomorrow,” among others.

The three-disc Blu-ray and four-disc DVD editions will include all 18 episodes from the second season, plus exclusive extras such as deleted scenes and a gag reel. Other extras include “Villains Analyzed” and “Never Alone: Heroes and Allies” featurettes. The Blu-ray will present the episodes in 1080p full HD video with DTS-HD master audio for English 5.1, and will include a digital code for the season.

The second season is also available to own through digital retailers, and will be available to stream on HBO Max starting July 27. 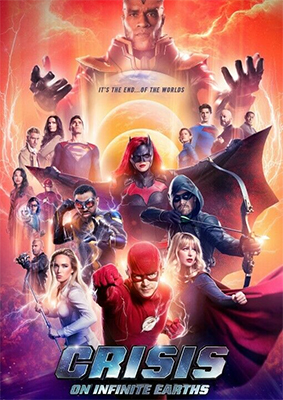 Multiverses are all the rage nowadays.

The Marvel Cinematic Universe and the live-action DC movies are scrambling to introduce the concept in their upcoming blockbusters, filling the Internet with casting rumors of the return of previous versions of certain characters. And one reason they may be motivated to do so is how popular the idea proved in the CW Arrowverse’s big crossover event last season, Crisis on Infinite Earths, which brought together characters from six of the DC superhero shows and featured cameos from several more, and even referenced a few from the big screen.

The TV Crisis is based on a major DC Comics storyline from the mid-1980s, which redefined and modernized all the publication’s classic characters while seeking to streamline convoluted histories that went back decades. In doing so, characters encountered versions of themselves from parallel realities in an epic battle against a villain called the Anti-Monitor who was destroying entire universes.

The CW networks’ “Arrowverse” shows adopted the same basic premise. The series have been doing annual crossovers for a while, and have been laying the groundwork for Crisis on Infinite Earths for years. 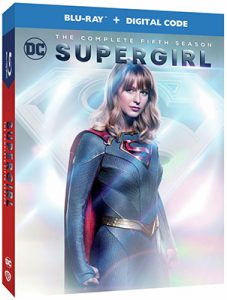 The crossover itself is structured like a miniseries, though each of the five parts are actually an episode from one of the participating series: part one is an episode of “Supergirl,” part two is an episode of “Batwoman,” part three is an episode of “The Flash,” part four is an episode of “Arrow,” and part five is an episode of “Legends of Tomorrow.” Though they use a unified Crisis title card instead of the individual show, the main credits still reflect the cast of that show. This is likely more a matter of contractual obligations, since it probably would have made more sense to produce the crossover as a separate production outside the purview of any of the shows. The fact that these are technically separate episodes of different series makes for some awkward distribution scenarios. 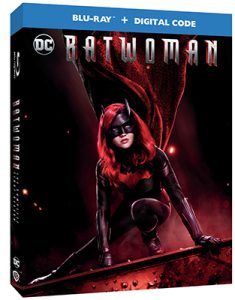 For home video, Warner has chosen to include a special bonus disc containing all five episodes and bonus materials with the relevant season Blu-ray releases of each of the series. It’s the same disc for every show, so “Arrowverse” fans who pick up the Blu-ray for each show will get it five times.

Since the individual parts are also episodes of the shows, they are also included with the regular episode runs for each show on disc. Since the miniseries version is exclusive to the Blu-ray, anyone wanting each part just on DVD has to buy each show’s separate season, and those don’t come with the special “Crisis” extras. 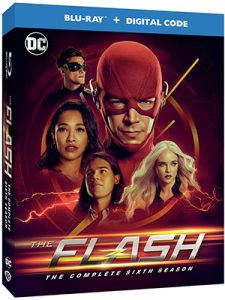 In years past, the crossovers on disc were handled a bit differently, with Warner including all crossover episodes on the Blu-ray for each show’s relevant season as part of the regular episode listings, so that they’ll come up in a “play all” binge.

Either way, it kind of points to a more common sense solution being to release the Crisis disc as a standalone miniseries, and not part of any of the shows’ seasons, but contracts are what they are. 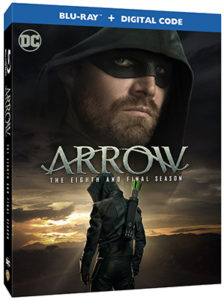 The fact that these are individual episodes of each show makes for some messy plot developments in terms of where certain events happen in relation to what show they are technically happening on. Major life events affecting Oliver Queen (Stephen Amell) happen on “Supergirl,” and not his own show, “Arrow.” However, “Arrow” does get a monumental cameo involving The Flash, rather than that bit of fan service actually happening on “The Flash.” 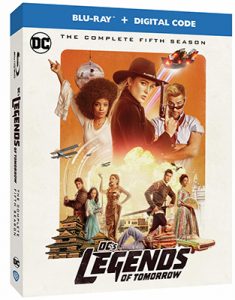 With the central conceit that every TV show and movie ever based on a DC Comics property exists alongside the others in a multiverse, producers have packed in cameos from a number of these other shows, in many cases offering a reunion or update for some of the characters. These range from quick glances at other current shows such as “Titans” and “Stargirl,” as well as drop-ins on the worlds of Superman Returns, the 1989 Batman movie, the 1960s “Batman” series, “Smallville,” the 1990 “Flash” TV show and even the recent Justice League movie.

It’s all in good fun for the fans of these characters who have been following them not just on the CW, but on the other shows as well, not to mention the original comics. The idea of using “Batman: The Animated Series” star Kevin Conroy to play a live-action version of an older Bruce Wayne is just a marvelous idea. As is putting Brandon Routh back in the Superman suit to play an older version of the character. Routh already plays the Atom in the Arrowverse, but physically he seems much more suited to play Superman now that he’s a bit older than he did in 2006, which he was a bit to thin for the part.

For comic book fans, the looks of Conroy’s Bruce Wayne and Routh’s older Superman borrow a lot of influence from the 1990s Kingdom Come miniseries.

Tom Welling also makes an appearance as the “Smallville” Clark Kent, and between him and Routh they just make the Arrowverse’s Superman, Tyler Hoechlin, seem way too undersized for the role.

Nostalgia aside, Crisis does a lot to resolve several of the storylines from the various shows, not the least of which is to finally put Supergirl and Black Lightnine in the same universe as the other heroes (though that has raised its own plot problems as the shows have continued post-Crisis). It’s an ambitious piece of television that should satisfy fans of the series involved, but the various crossovers and nostalgia bait do a lot to distract from flaws that become apparent on subsequent rewatches.

Primarily, the quaintness of plotting that persists on the five main shows carries over here, and the dialogue can get a bit grating the more one hears it. In some instances the collective writing teams may have been in over their heads coordinating such a big production, as there are many attempts to cram in the supporting casts of the various shows in their series’ respective episodes with subplots that end up going nowhere or having no effect on the larger storyline. Some of these are excuses for cheap cameos, while others just seem like they are giving the characters busy work.

When these shows are syndicated to various stations and streaming services in the future and have to stand on their own, I can only imagine the confusion some viewers might having when encountering the crossover episodes in the middle of a binge and seeing partial storylines that have little to do with the rest of the show they’ve been watching. But, a happy fan is an informed fan, and they should know what they’re getting into with the Arrowverse to begin with.

The extras on the Crisis bonus disc are fun backgrounders typical of the kinds usually found on Blu-rays of DC-based content, particularly the DC Universe animated movies.

“Crisis on Infinite Earths: The Architects Return” is a 12-minute featurette that reflects on the original comic book, featuring interviews with its original creators, plus a look at the new comic book tie-in created for the Arrowverse version.

“Crisis Management” is a 13-minute making-of featurette looking at how the five shows coordinated to bring the crossover together.

“Crisis Past and Present: Kevin Conroy Bat Legend” is a three-minute profile of Conroy and bringing him to play a live-action Batman for the first time.

“Crisis Past and Present: Superman vs. Superman” is a four-and-a-half-minute featurette about a showdown between Routh and Hoechlin for super-supremecy.

“Characters in Crisis: Pariah” is a four-minute video about turning Tom Cavanagh’s “Flash” character into the Pariah role from the original comic.

Finally, “Characters in Crisis: The Anti-Monitor” is a five-minute examination of the main villain of the story. 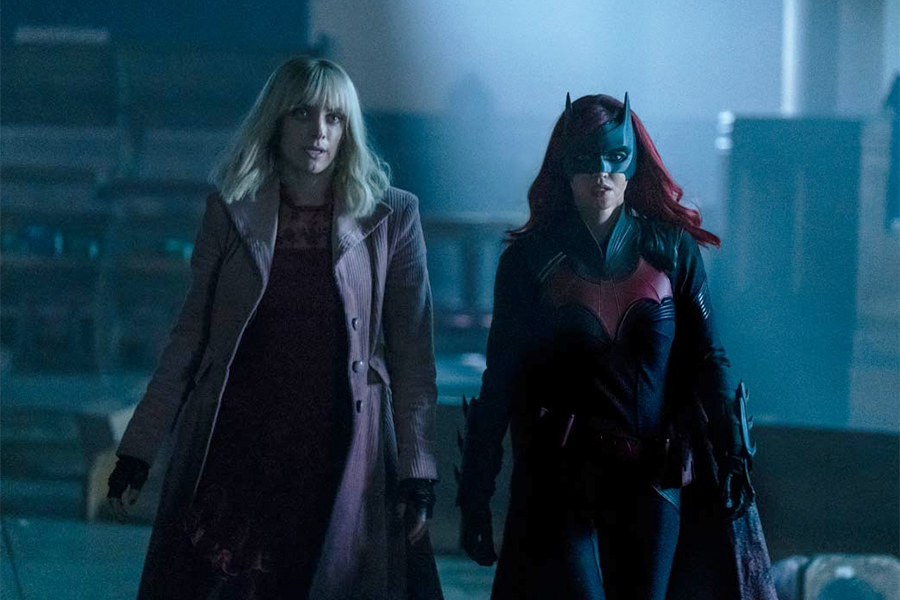