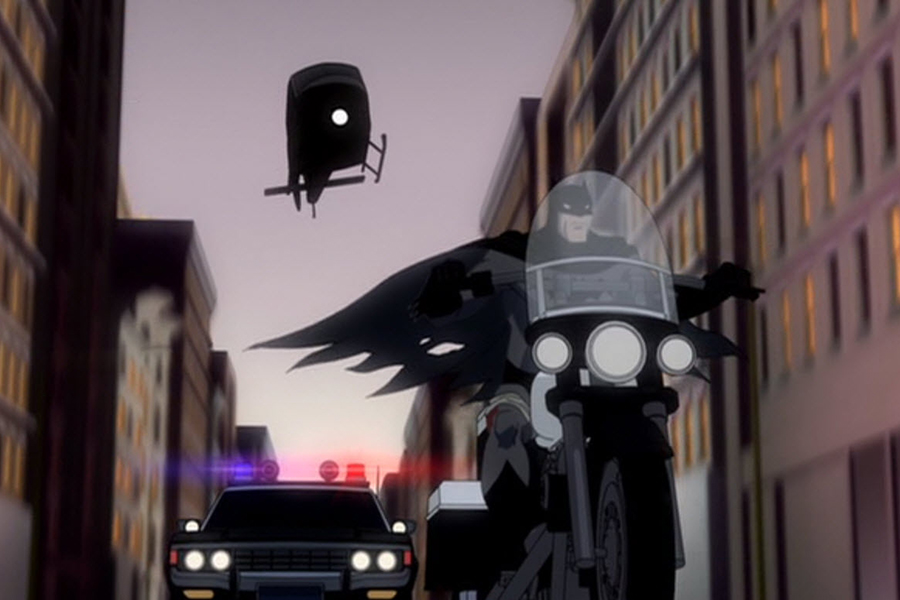 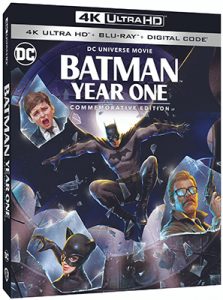 Warner Bros. Home Entertainment will re-release 2011’s Batman: Year One Nov. 9 in a new 4K Ultra HD Blu-ray edition and for digital purchase to mark the 10th anniversary of the animated film.

Batman: Year One — Commemorative Edition will include a fully remastered version of the film with a new bonus featurette, “Reinventing Gordon.” The film makes its 4K debut in a combo pack with a 4K disc with HDR, a regular Blu-ray and a digital copy.

Based on DC Comics’ 1987 miniseries written by Frank Miller and illustrated by David Mazzucchelli, the film depicts young Bruce Wayne’s return to Gotham City in his first attempts to fight injustice as a costumed superhero. The playboy billionaire chooses the guise of a giant bat to combat crime, creates an early bond with a young police lieutenant named James Gordon by helping his fight against corruption within the police department, inadvertently plays a role in the birth of Catwoman, and helps to bring down a crooked political system that infests Gotham City.

The voice cast is led by Bryan Cranston as James Gordon, with Bruce Wayne/Batman voiced by Ben McKenzie (who himself would go on to play a young Gordon on the TV series “Gotham”). Other voices include Eliza Dushku as Selina Kyle/Catwoman, Katee Sackhof as Det. Sarah Essen, the late Alex Rocco as crime lord Carmine Falcone, the late Jon Polito as Commissioner Loeb, Jeff Bennett as Alfred, Grey Griffin as Barbara Gordon and Vicki Vale, Robin Atkin Downes as Harvey Dent, Keith Ferguson as Jefferson Skeevers, Fred Tatasciore as Detective Flass, Stephen Root as Brendon, Liliana Mumy as Holly, and Nick Jameson as Merkel.

The “Reinventing Gordon” featurette, which examines the history of James Gordon through comics, animation and feature films, will be previewed at the DC Fandome fan event Oct. 16.

The Batman: Year One — Commemorative Edition combo pack will also include extras from the original 2011 Blu-ray release such as an audio commentary; “Conversations With DC Comics,” in which the DC Comics creative team discusses the influence of Batman: Year One; the featurette “Heart of Vengeance: Returning Batman to His Roots,” a documentary about Miller’s work with Batman from The Dark Knight Returns to Batman: Year One; and the DC Showcase animated short Catwoman.

The 4K set will also include featurettes about other recent DC animated movies, including Batman: Soul of the Dragon, and Batman: The Long Halloween parts one and two.