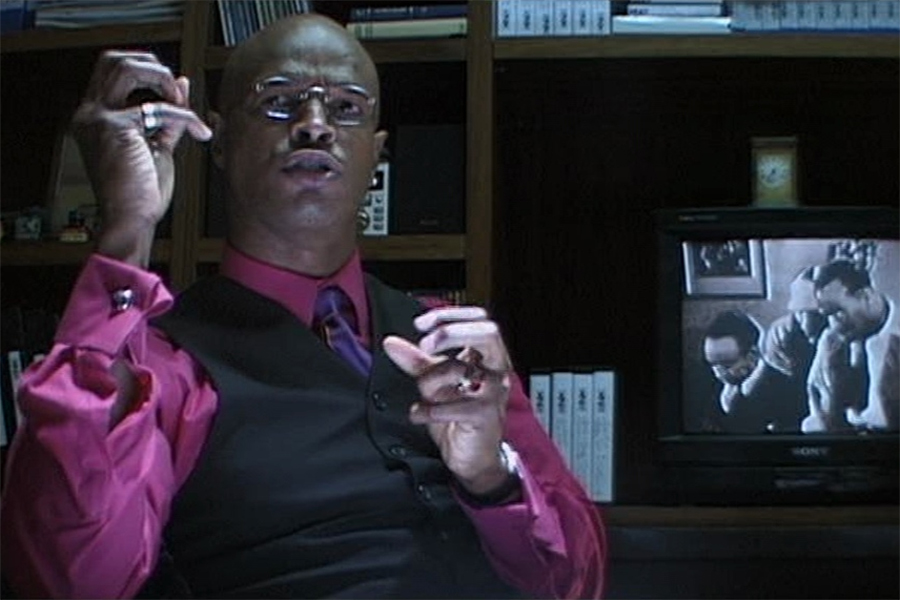 Due March 10 on Blu-ray is 1969’s Salesman, a portrait of American dreams and disillusionment from Direct Cinema pioneers David Maysles, Albert Maysles and Charlotte Zwerin. The film explores the worlds of four dogged door-to-door Bible salesmen as they travel from Boston to Florida on a seemingly futile quest to sell luxury editions of the Good Book to working-class Catholics. The Blu-ray will feature a new 4K restoration, plus a new appreciation of the film by actor Bill Hader; audio commentary from 2001 featuring directors Albert Maysles and Charlotte Zwerin; “Globesman,” a 2016 episode of the television series “Documentary Now!” that parodies the film, starring Hader and Fred Armisen; a television interview from 1968 with directors David and Albert Maysles, conducted by critic Jack Kroll; an audio excerpt from a 2000 episode of NPR’s “Weekend Edition” profiling James Baker, one of the salesmen featured in the film; the film’s trailer; and an essay by critic Michael Chaiken.

Due March 17 on Blu-ray and DVD is director Spike Lee’s Bamboozled, a satire from 2000 that examines the past, present and future of racism in American popular culture. Under pressure to help revive his network’s low ratings, television writer Pierre Delacroix (Damon Wayans) hits on an explosively offensive idea: bringing back blackface for a “new-millennium minstrel show.” The home video release includes a new 2K digital restoration, with a 5.1 surround DTS-HD master audio soundtrack on the Blu-ray. Extras include a 2001 audio commentary by Lee; a new conversation between Lee and film programmer and critic Ashley Clark; new interviews with choreographer and actor Savion Glover, actor Tommy Davidson, and costume designer Ruth E. Carter; “On Blackface and the Minstrel Show,” a new interview program featuring film and media scholar Racquel Gates; “The Making of Bamboozled,” a documentary from 2001 featuring members of the cast and crew; deleted scenes; music videos for the Mau Maus’ “Blak Iz Blak” and Gerald Levert’s “Dream With No Love”; alternate parody commercials created for the film; a poster gallery and trailer; and an essay by Clark.

Due March 24 on Blu-ray and DVD is the 1957 Soviet film The Cranes Are Flying from director Mikhail Kalatozov, about a couple who are in love until the eruption of World War II tears them apart. The home video features a new 2K digital restoration, with uncompressed monaural soundtrack on the Blu-ray, and a new English subtitle translation. Extras include a new interview with scholar Ian Christie on why the film is a landmark of Soviet cinema; an audio interview from 1961 with Kalatozov; Hurricane Kalatozov, a documentary from 2009 on the Georgian director’s complex relationship with the Soviet government; a segment from a 2008 program about the film’s cinematography, featuring original storyboards and an interview with actor Alexei Batalov; an interview from 2001 with filmmaker Claude Lelouch on the film’s French premiere at the 1958 Cannes Film Festival; and an essay by critic Chris Fujiwara.

Also due March 24 on Blu-ray and DVD is 1945’s Leave Her to Heaven from director John M. Shahl. Novelist Richard Harland (Cornel Wilde) seems to have found the perfect woman in Ellen (Gene Tierney), a beautiful socialite who initiates a whirlwind romance and steers him into marriage before he can think twice. Yet the glassy surface of Ellen’s devotion soon reveals monstrous depths, as Richard comes to realize that his wife is shockingly possessive and may be capable of destroying anyone who comes between them. The home video includes a new 2K digital restoration, with uncompressed monaural soundtrack on the Blu-ray. Extras include a new interview with critic Imogen Sara Smith, the film’s trailer, and an essay by novelist Megan Abbott.

Due March 31 on Blu-ray and DVD is the musical Show Boat, director James Whale’s 1936 take on Jerome Kern and Oscar Hammerstein II’s adaptation of Edna Ferber’s novel. Show Boat spans four decades and three generations as it follows the fortunes of the stage-struck Magnolia (Irene Dunne), an aspiring actor whose journey takes her from her family’s humble floating playhouse in the 1880s South to the height of fame in the 1930s North. The cast of show-business legends includes Helen Morgan, Hattie McDaniel, Charles Winninger and Paul Robeson, who provides an iconic rendition of “Ol’ Man River.” The home video includes a new 4K digital transfer, with uncompressed monaural soundtrack on the Blu-ray. Extras include audio commentary from 1989 featuring American-musical historian Miles Kreuger; a new interview with James Whale biographer James Curtis; “Recognizing Race in Show Boat,” a new interview program featuring professor and author Shana L. Redmond; Paul Robeson: Tribute to an Artist, a newly restored Academy Award-winning short documentary from 1979 by Saul J. Turell; two performances from the sound prologue of the 1929 film version of Show Boat, plus 20 minutes of silent excerpts from the film, with audio commentary by Kreuger; two radio adaptations of Show Boat, featuring stage and screen cast members Allan Jones, Helen Morgan and Charles Winninger, plus actor Orson Welles and novelist Edna Ferber; and an essay by critic Gary Giddins.

Also due March 31 on Blu-ray and DVD is the 1991 adaptation of Pat Conroy’s novel The Prince of Tides, directed by and starring Barbra Streisand. Summoned to New York after his sister attempts suicide, Tom Wingo (Nick Nolte) must serve as her memory, reckoning with the traumas of their southern childhood so that her psychiatrist, Dr. Susan Lowenstein (Streisand), can help her recover. But Tom’s sessions with Lowenstein will plunge him into the depths of his own long-repressed pain-and reawaken the possibility of love within him. The home video features a new 4K digital restoration, with a 2.0 surround DTS-HD master audio soundtrack on the Blu-ray. Extras include an audio commentary featuring Streisand, recorded in 1991 and updated in 2019; a making-of featurette from 1991; an excerpt from a 2018 interview with Streisand, conducted by filmmaker Robert Rodriguez on El Rey Network’s “The Director’s Chair”; audition and rehearsal footage; deleted scenes and alternate takes; costume and makeup tests; alternate end credits with vocal performance by Streisand; behind-the-scenes footage; a gag reel; a production-stills gallery and other archival materials; an interview with author Pat Conroy from a 1992 episode of “Cinema Showcase” with Jim Whaley; an interview with Streisand from a 1992 episode of the British television show “Aspel & Company” with Michael Aspel; trailers; and an essay by film historian Bruce Eder.

Director Bradley Cooper’s A Star is Born, starring Cooper and Lady Gaga, is opening in theaters with a Certified Fresh Tomatometer Score of 93% on Rotten Tomatoes, and FandangoNow is marking the occasion by pointing out three other versions of the tale available on the on-demand service.

Interestingly, according to a Fandango survey of millennial moviegoers planning to see Cooper’s A Star Is Born on the big screen, only 61% were aware that the new movie is a remake.

The earlier versions are also available on iTunes, while Movies Anywhere and Walmart’s Vudu list the 1954 and 1976 versions.