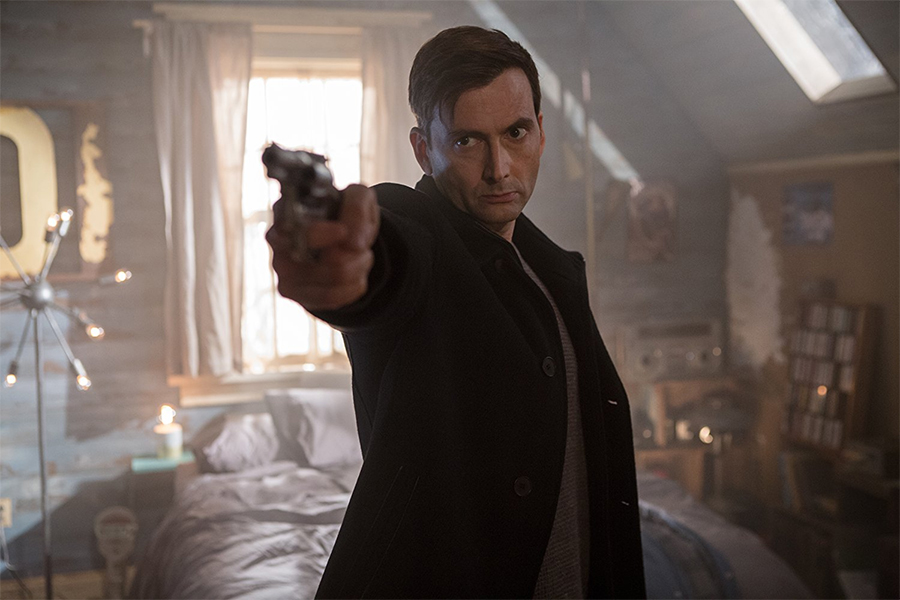 With windows a hot issue on both the home entertainment side and the theatrical side, it’s interesting to note the frenzy that developed among theatrical distributors when Walt Disney Studios moved up the domestic release date of Avengers: Infinity War by one week, from May 4 to April 27, so it opens theatrically on the same day around the world.
Marvel went to Twitter to break the news, through a thread with star Robert Downey Jr.
Distributors of other films promptly moved their dates, because in the world of theatrical distribution — much like home entertainment — no one wants to go head-to-head with the big guns.
Among those who changed their opening date in response to the “Avengers” shift were the producers of Bad Samaritan, an upcoming crime thriller  written by Brandon Boyce about a poor restaurant valet who uses the cars entrusted to him by the restaurant clientele to break into their homes. One night, he finds more than he bargained for when breaking into one house only to discover a woman imprisoned there. Frightened of going to jail, he abandons her and calls the police, only to find himself in a game of cat-and-mouse with the psychotic home owner.
And, like Disney, director Dean Devlin’s Electric Entertainment turned to Twitter to break the news.
They created a Twitter account for Cale Erendreich, the psychopathic killer portrayed by David Tennant (“Dr. Who,” “Broadchurch”).
The tweet exchange, with Devlin, goes like this:
CALE ERENDREICH:
Mr Devlin, I am deeply disturbed to see we are being challenged by #TheAvengers. This is causing disorder. You know how I HATE disorder. Do I need to correct you? #BadSamaritan
DEAN DEVLIN:
Yes, of course. We can move the movie’s release date. How’s May 4th? #BadSamaritan
CALE ENRENDEICH:
May 4th is much better. We will KILL on that date. Well, I will, at least (insert link to new trailer with new release date) #BadSamaritan
Along with Tennant, the Bad Samaritan cast includes Robert Sheehan, Kerry Condon, Jacqueline Byers, Carlito Olivero, and Lisa Brenner. 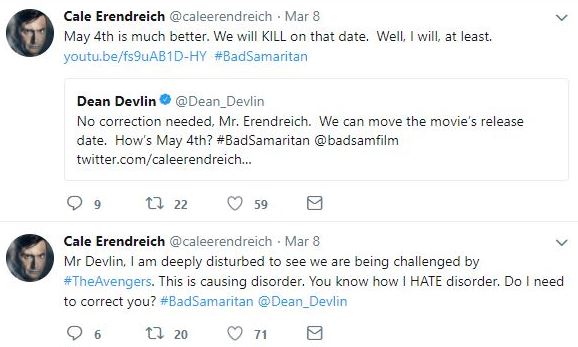