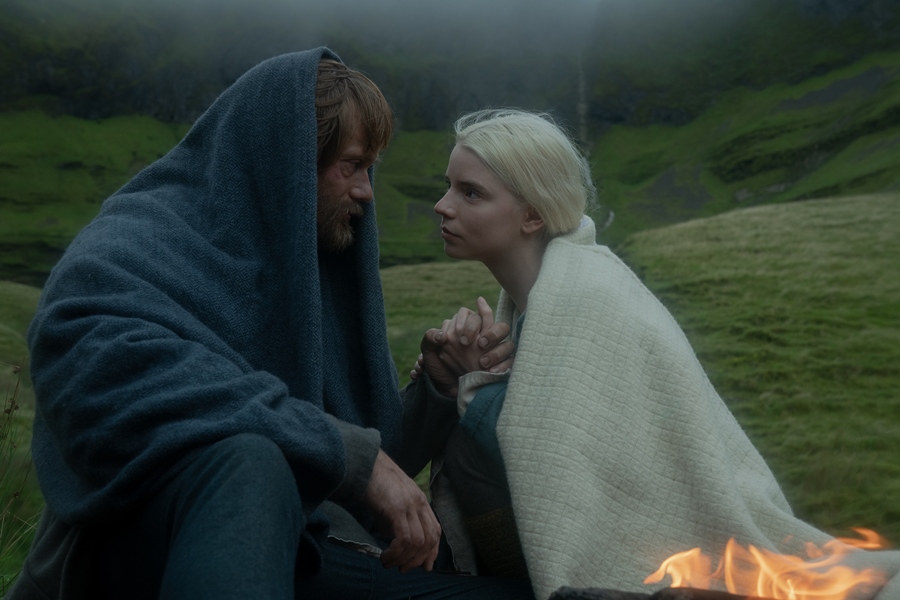 In the typical lull before the opening of what is expected to be a monstrous blockbuster, Disney’s May 6 release of Marvel Studios’ Doctor Strange in the Multiverse, three niche films are battling it out at the North American box office this weekend.

The showdown is something of a test to see whether smaller films can still draw audiences to theaters, amid lingering hesitancy from the COVID-19 pandemic and the proliferation of new movies on streaming services.

The Northman, a Viking epic from Focus Features and New Regency Pictures, stars Nicole Kidman, Anya Taylor-Joy, Ethan Hawke, Björk, and Willem Dafoe, and was directed by Robert Eggers, who previously won praise for the horror films The Witch (2015) and Lighthouse (2019). The Northman has already been hailed for its production values — not surprising, given its estimated budget of up to $90 million — and enjoys an 88% aggregate score on Rotten Tomatoes as of Friday (April 22) morning. The film also earned just under $1.4 million in Thursday night previews, more than the two other new releases, Dreamworks Animation’s Bad Guys (just under $1.2 million) and the latest Nicolas Cage film, The Unbearable Weight of Massive Talent ($835,000), from Lionsgate.

Bad Guys is an animated family film with a Rotten Tomatoes score of 86%. The film marks the directorial debut of Pierre Perifel and is based on the children’s book series of the same name by Aaron Blabey. The voice cast includes Sam Rockwell, Marc Maron, and Anthony Ramos. Richard Roeper of the Chicago Sun-Times hailed Bad Guys as “a great-looking film with terrific performances, some lovely messaging and a steady parade of solid laughs — some the kids will enjoy and just as many targeted squarely at the grown-up kids in the audience.”

And The Unbreakable Weight of Massive Talent is a satire with a Rotten Tomatoes score of 89%. Cage plays a fictional version of himself, who has to accept a $1 million offer to attend a not-quite-right superfan’s birthday party. To make things worse, he’s recruited by a CIA operative (played by Tiffany Haddish) and is forced to channel his own iconic characters to save the proverbial day.

All three films are projected to finish behind two big-budget, high-profile holdovers: Warner Bros. Pictures’ Fantastic Beasts: The Secrets of Dumbledore, the third installment in the “Harry Potter” spinoff franchise, which opened to $43 million over the Easter weekend, and Paramount Pictures’ Sonic the Hedgehog 2, which generated $30 million its sophomore weekend. The film’s total domestic take, according to Box Office Mojo, is nearly $129 million.