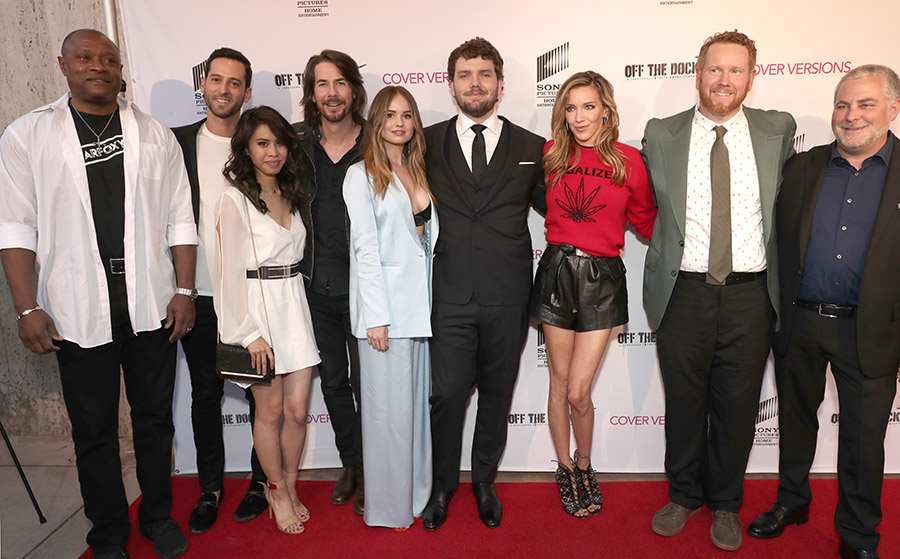 The premiere of the film Cover Versions took place April 9 at the Landmark Regent Theater in Westwood, Calif. The movie deals with members of a rock band being interrogated by police and telling a different story about how a fan ended up dead in the pool at one of their out-of-control parties. Sony Pictures released the film through digital home entertainment channels April 10.