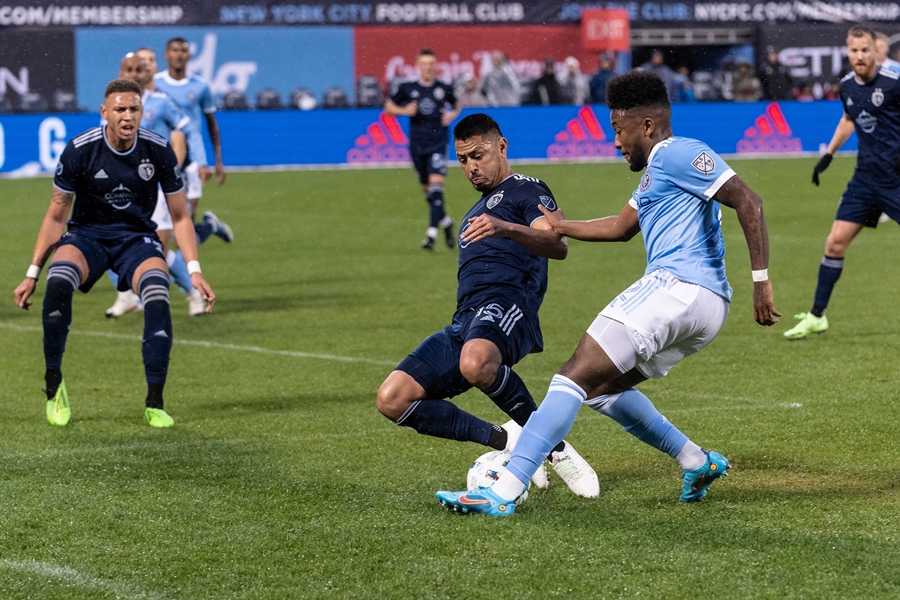 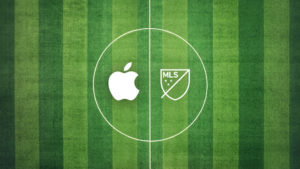 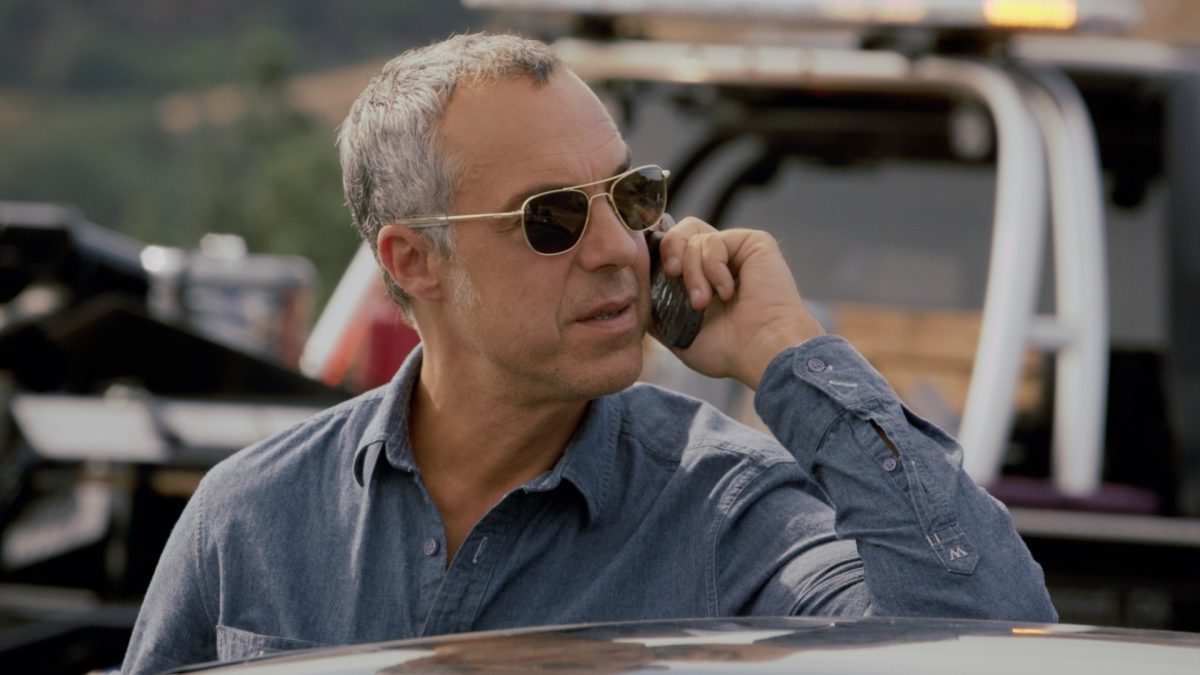 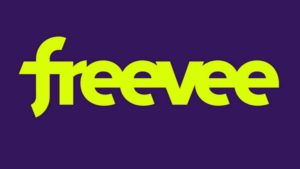 On May 2, Freevee announced a slate of premium originals, with multiple pickups of scripted and unscripted content. The ad-supported streaming service greenlighted a new cooking competition series called “America’s Test Kitchen: The Next Generation,” the coming-of-age drama “Beyond Black Beauty,” the family competition series “Play-Doh Squished,” and the music documentary Post Malone: Runaway.

Freevee also picked up a second season of “Bosch: Legacy” and a third and fourth season of Uninterrupted’s “Top Class: The Life and Times of the Sierra Canyon Trailblazers.”

Apple’s foray into subscription-based businesses continues to resonate on the bottom line. The tech giant April 28 reported record services revenue of $19.8 billion for the second quarter (ended March 26). That compared with revenue of $16.9 billion during the previous-year period. Overall, Apple posted a March quarter revenue record of $97.3 billion, up 9% year over year.

“We are delighted to see the strong customer response to our new products,” CEO Tim Cook said in a statement.
CFO Luca Maestri said Apple reported record quarterly revenue for iPhone, Mac, and Wearables, Home and Accessories.
Subscribe HERE to the FREE Media Play News Daily Newsletter!
“Continued strong customer demand for our products helped us achieve an all-time high for our installed base of active devices,” said Maestri. “Our strong operating performance generated over $28 billion in operating cash flow allowed us to return nearly $27 billion to our shareholders during the quarter.” 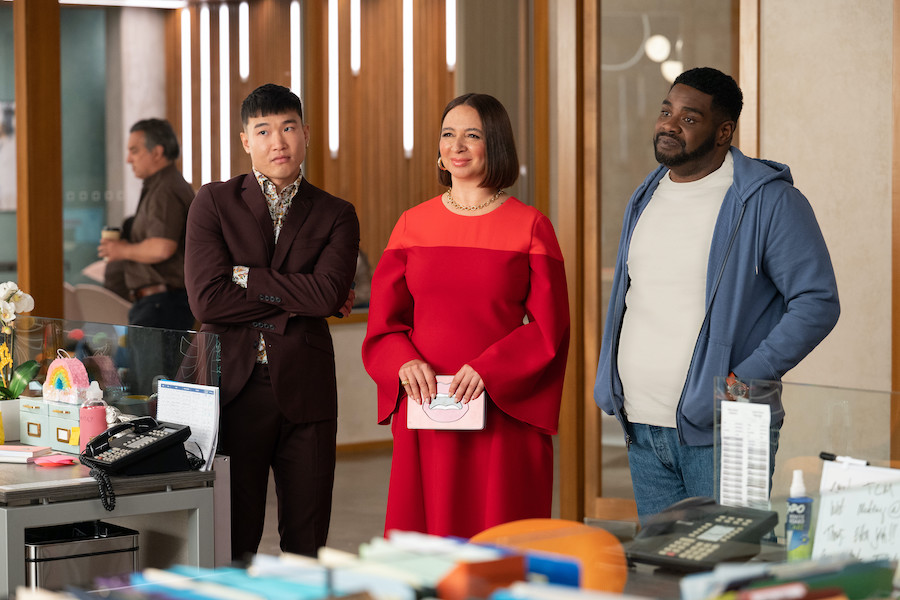 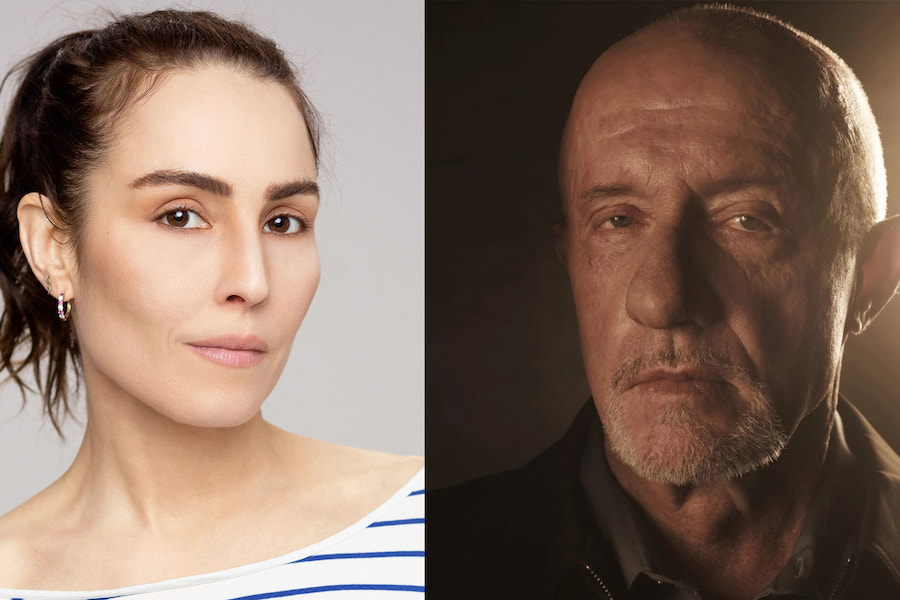 “Constellation” will star Rapace as Jo, a woman who returns to Earth after a disaster in space — only to discover that key pieces of her life seem to be missing. The action space adventure is an exploration of the dark edges of human psychology, one woman’s desperate quest to expose the truth about the hidden history of space travel and recover all that she has lost. 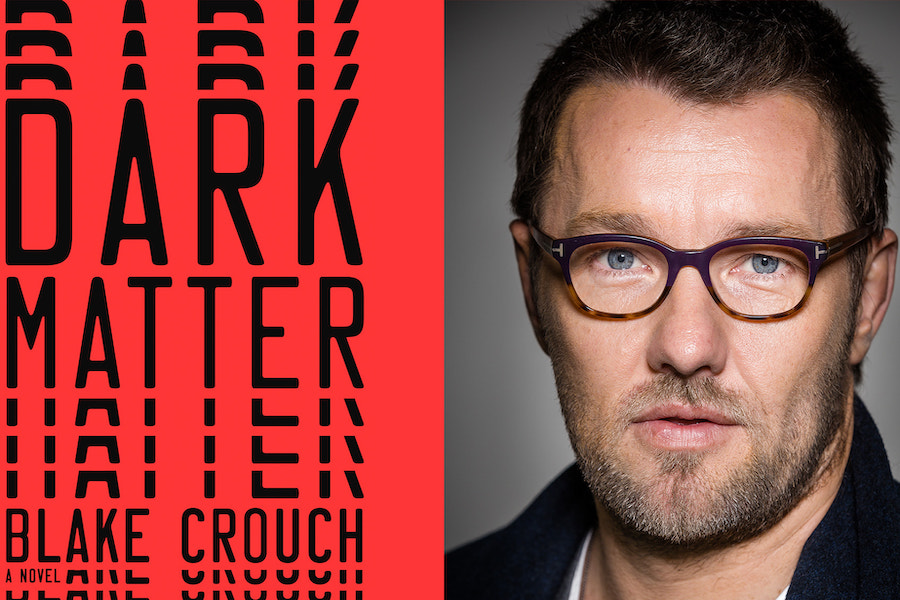 Apple TV+ has landed “Dark Matter,” a nine-episode series based on the science-fiction novel by Blake Crouch.

Starring Joel Edgerton (“Obi-Wan Kenobi,” Boy Erased, Loving), who also serves as executive producer, the series will be written and showrun by Crouch and will be produced for Apple TV+ by Sony Pictures Television.

“Dark Matter” is a story about the road not taken. The series follows Jason Dessen (Edgerton), a physicist, professor and family man who — one night while walking home on the streets of Chicago — is abducted into an alternate version of his life. Wonder quickly turns to nightmare when he tries to return to his reality amid the multiverse of lives he could have lived. In this labyrinth of mind-bending realities, he embarks on a harrowing journey to get back to his true family and save them from the most terrifying, unbeatable foe imaginable: himself. 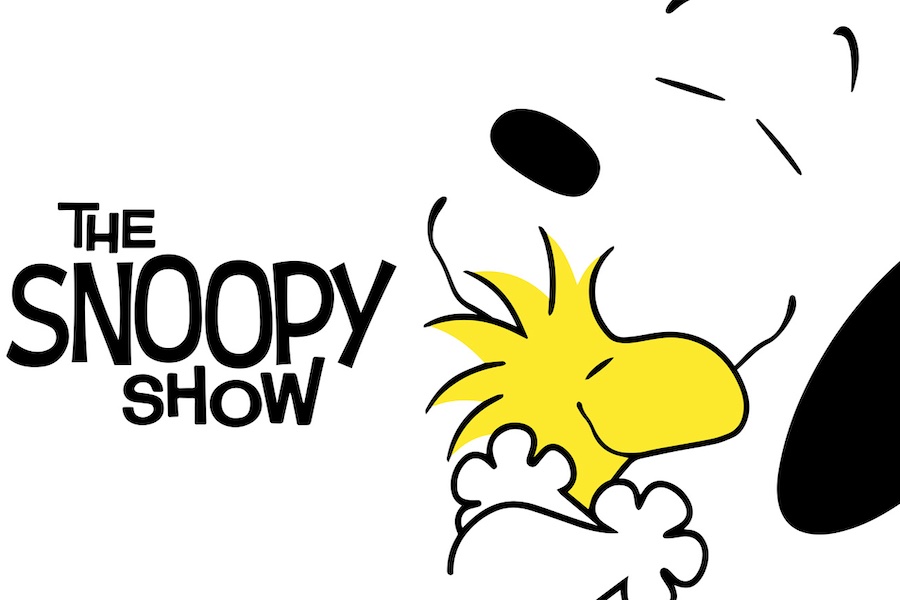 Apple has released the official trailer for season two of “The Snoopy Show,” which is set to premiere with all six episodes March 11 on Apple TV+.

Two new “Peanuts” specials are also coming soon to Apple TV+, including It’s the Small Things, Charlie Brown, a new original special in celebration of Earth Day featuring an original song by American singer-songwriter Ben Folds, premiering on April 15; and To Mom (and Dad), With Love, launching on May 6, in time for Mother’s Day. 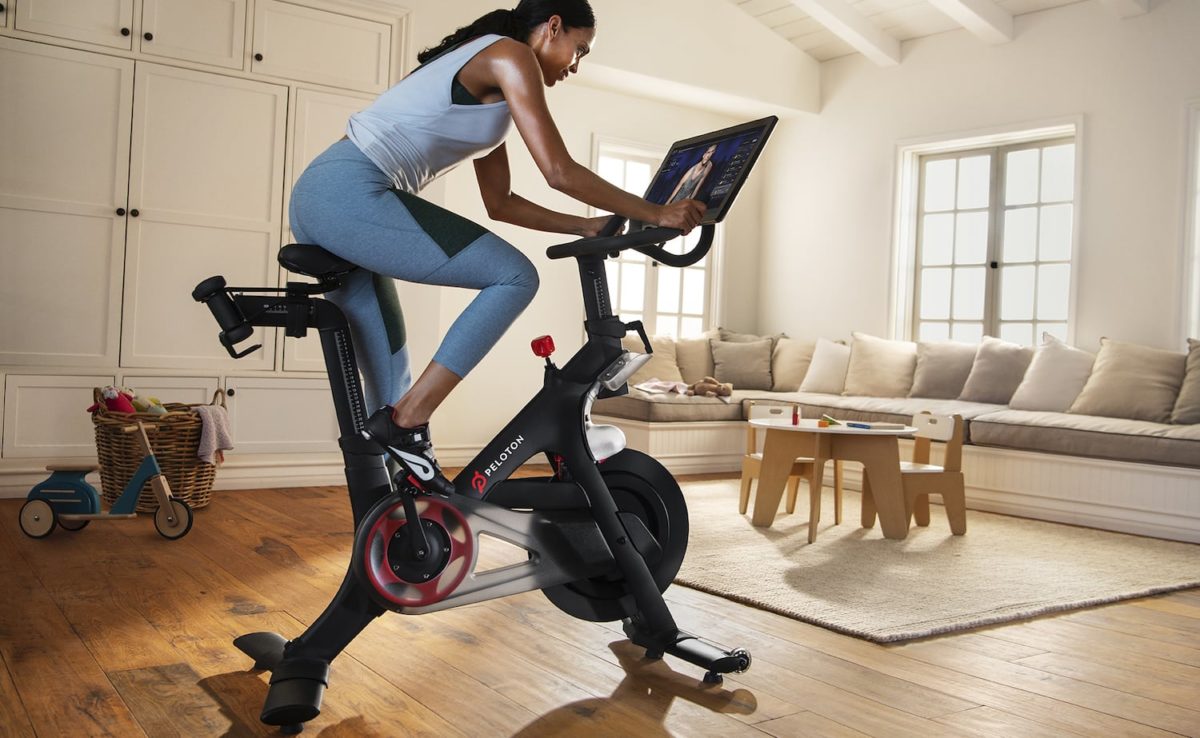 Amazon and Apple reportedly are among a group of possible suitors for Peloton Interactive, whose stationary exercise bikes dominated the market during the pandemic but has seen a slowdown in sales since.

The Wall Street Journal, citing sources familiar with the situation, said Amazon, along with Nike, has been kicking Peloton’s tires as the company’s stock tumbled in recent weeks below its 2019 initial price offering at $29 per share. An activist stockholder has called for the manufacturer to be sold.

Peloton, which generates the bulk of its recurring revenue through subscription-based on-demand fitness videos streamed to users’ bikes, is working with its own advisors, according to the Journal. The company, which was once valued at $50 billion, is now hovering around $8 billion in market capitalization.

Specifically, observers contend Peloton would be a good fit for Amazon and its Prime Video streaming service. Not only could the streaming platform deliver exercise video to Peloton users, it could also deliver movies and TV shows to the 1.4 million branded stationary bike owners. Amazon last year acquired the MGM movie studio, with the $8.45 billion transaction expected to close this year.

Amazon has made no official comment on the scuttlebutt.

But Daniel Ives, analyst with Wedbush Securities, has, arguing Peloton would also be a great fit for Apple or Disney as both companies are heavily invested in streaming video.

“For Cook & Co, acquiring Peloton would be a major strategic coup and catalyze the company’s aggressive health and fitness initiatives over the coming years,” Ives wrote in a Feb. 7 note. “With 2.8 million paid subscriptions today and a very strong/unique competitive moat, Apple TV+ acquiring Peloton would be both an offensive and defensive acquisition in our opinion.”

The analyst reiterated that other than the $3 billion acquisition of Beats wireless stereo headphones in 2014, Apple has been reluctant to enter into the merger & acquisition market. A Peloton deal could cost from $12 billion to $15 billion, according to Ives.

“Apple through its Fitness+ subscription service and Apple Watch strategy, would be able to leverage the Peloton services and flywheel to significantly bulk up its healthcare initiatives, which have been a key strategic linchpin for Cook.”

Apple has made no public comment on the situation.

The Cupertino, Calif.-based tech giant posted an all-time quarterly revenue record of $123.9 billion, up 11% year-over-year from $111.6 billion.
“This quarter’s record results were made possible by our most innovative lineup of products and services ever,” CEO Tim Cook said in a statement. “We are gratified to see the response from customers around the world at a time when staying connected has never been more important.”
Subscribe HERE to the FREE Media Play News Daily Newsletter!

Meanwhile, iPhone sales increased to $71.6 billion, compared with $65.5 billion in the previous-year quarter — underscoring the appeal of the new iPhone 13 model.