While much of the attention surrounding Congress’ passage of $900 billion in emergency economic funding focuses on direct payments to Americans and small businesses, Hollywood movie and TV show content holders got some good news as well.

A provision in the Emergency Coronavirus Relief Act of 2020 would punish for-profit illegal streaming of copyrighted movies and TV shows with federal penalties up to 10 years in jail.

The Protecting Lawful Streaming Act of 2020 is a bi-partisan bill introduced by Sen. Thom Tillis (R-N.C.) that seeks to punish large-scale criminal streaming services that “willfully and for commercial advantage or private financial gain, offer to the public illicit services dedicated to illegally streaming copyrighted material.”

“The shift toward streaming content online has resulted in criminal streaming services illegally distributing copyrighted material that costs the U.S. economy nearly $30 billion every year, and discourages the production of creative content that Americans enjoy,” Tillis said in a statement. “I am proud this common-sense legislation that was drafted with the input of creators, user groups, and technology companies will become law so we can target criminal organizations and ensure that no individual streamer has to worry about the fear of prosecution.”

With Hollywood operating a $1.5 billion annual operation in Georgia, U.S. Senators Kelly Loeffler (R-GA) and David Perdue (R-GA), who are both seeking re-election in a special run-off on Jan. 5, co-authored the bill along with Sen. Chris Coons (D-DE), among others.

“For too long, large-scale, criminal enterprises have taken advantage of a loophole in CD and DVD-era copyright laws to engage in unprecedented digital piracy, which costs our economy billions of dollars and threatens the livelihoods of our creative community,” said Coons (D-DE). “I am proud that Congress passed this targeted bill, which empowers the Department of Justice to prosecute large-scale, for-profit streaming piracy services, and I appreciate the collaborative effort by content owners, technology companies, public interest groups, and others to ensure that this legislation cannot be used to target internet users or legitimate streaming platforms.” 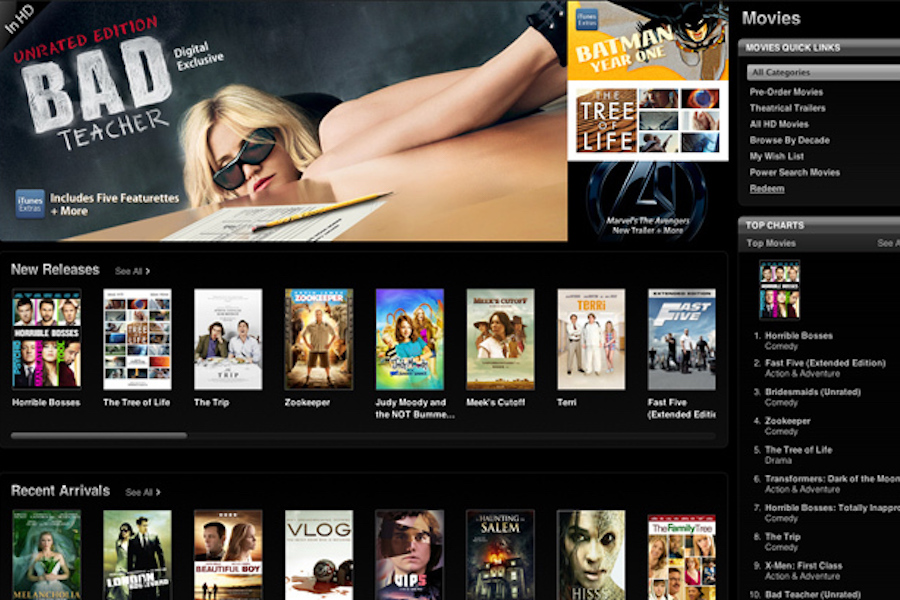 As expected, with greater numbers of households spending time indoors due to the coronavirus, use of home entertainment options such as transactional VOD have spiked.

In the quarter ended March 31, 14% of U.S. broadband households used a TVOD service over the past 30 days, a five-point increase from the previous year, according to new data from Parks Associates. This service type, which includes Amazon Prime Video, FandangoNow, Redbox, iTunes and Vudu, will increase as more content moves online, including early access to theatrical releases such as Universal Pictures Trolls World Tour or The Invisible Man. 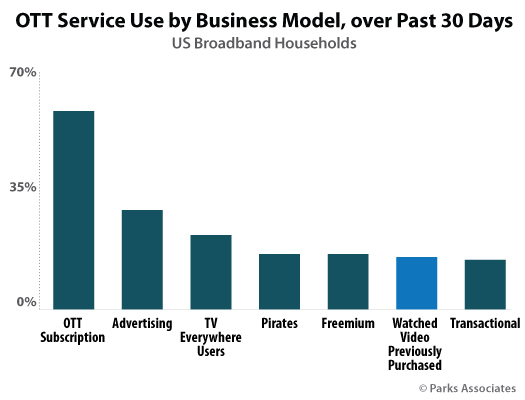 “The idea of streaming current in-theater films was once a concept from a proposed streaming service called The Screening Room,” research director Steve Nason said in a statement. “This service never officially launched, but the COVID-19 pandemic has pushed the concept behind it into reality.”

Nason said the move toward PVOD and shortening of the 90-day theatrical window has been ongoing, but events such as shelter-in-place orders pushed the digital distribution of new theatrical content to the forefront to offset the lost revenue from closed movie theaters.

Parks said the changing distribution tactic is most notable with perennial box office loyalist Disney, which is fast-tracking movies to its SVOD service Disney+. The studio released Frozen II three months before its original planned release and added Onward to the streaming service much quicker than previously anticipated.

Dallas-based Parks says Disney and other studios are continuing to weigh if they should release new theatrical titles straight to VOD platforms and services or push back these titles so they can premiere in theaters as originally intended, when COVID-19 restrictions are lifted.

Nason contends that studios moving more prime content online earlier, increases the risk of piracy for top-dollar blockbusters. He said early windowed content has always been an issue for studios as thieves would sneak video cameras into theaters to bootleg low-quality copies.

“Now, with releases going digital, pirated video will be higher quality, while consumers might feel emboldened to tap into pirated video since theaters are closed,” Nason said. “This will put more pressure on the antipiracy efforts among video content and service providers.”

The Alliance for Creativity and Entertainment, an online anti-piracy coalition whose members include Netflix, Hulu, Amazon and major studios, has added Comcast and Viacom as members.

While NBC Universal and Paramount Pictures were already ACE members, the addition of their parent companies will strengthen ACE’s comprehensive approach to disrupting a piracy ecosystem that harms creators, according to the group. Comcast is the first internet service provider (ISP) to join ACE.

“We are excited to have Comcast and Viacom join ACE,” Charles Rivkin, CEO of the Motion Picture Association of America, said in a statement. “As the parent companies of two of our original members, they have been supporters of our efforts and numerous successes, but now as members, they will strengthen the legal and operational work we’re able to do to reduce the threat of piracy and support creators.”

ACE was founded in June 2017 by 30 companies who sought to expand ongoing, cooperative efforts to reduce the threat and prevalence of online piracy.

Last year alone, there were an estimated 5.4 billion downloads of pirated films and television shows and 21.4 billion total visits to streaming piracy sites worldwide. This conservatively costs $29.2 billion to as much as $71 billion annually in lost domestic revenues, according to a recent study from the U.S. Chamber of Commerce’s Global Innovation Policy Center.

Piracy also harms consumers. One-third of pirate sites target them with malware that can lead to a range of problems, including identify theft and financial loss, according to a report by Digital Citizens Alliance.

Since its inception, ACE has successfully litigated against piracy device sellers and providers of unauthorized content and their operators such as Vader Streams, SetTVNow, Tickbox and Dragon Box, and has collaborated with law enforcement investigations and actions around the world. ACE draws upon the global antipiracy resources of the MPAA in concert with the internal antipiracy expertise of the coalition members. 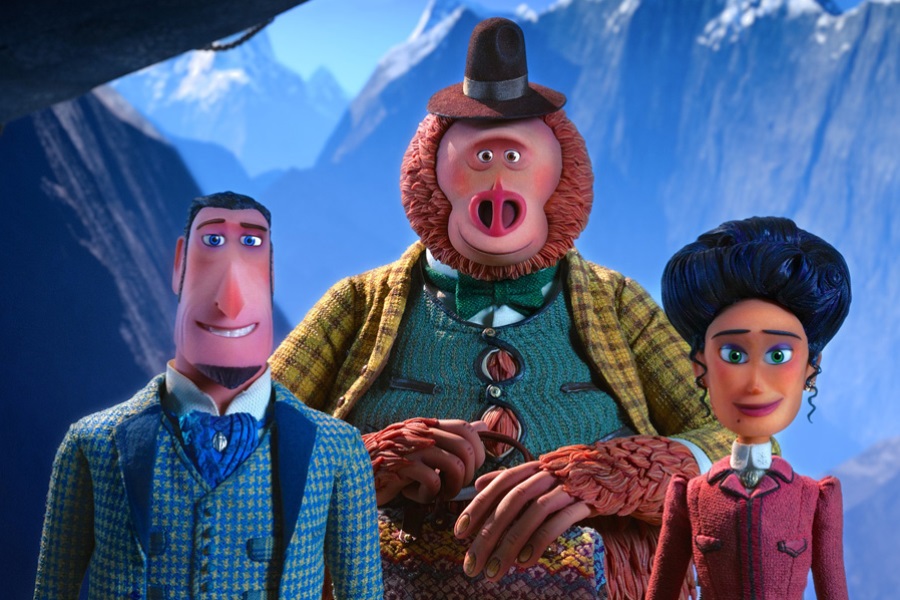 The trailer reflects a partnership between Lionsgate U.K. and The Industry Trust’s “Moments Worth Paying For” consumer education campaign designed to inform against illegal pirating of movies.

The campaign directs consumers to the FindAnyFilm.com website showcasing distribution channels for the film, including screening locations and ticket purchasing.

The Trust is the U.K. film, TV and video industry’s consumer education body, promoting the value of copyright protection and creativity.

“We have a longstanding history in partnering with the Industry Trust … and we’re delighted that Missing Link will be the latest film featured in this incredibly important initiative that encourages cinema goers to experience movies as intended,”  Simon Dunstan, senior promotions manager, Lionsgate U.K., said in a statement.

Sylvia Dick, head of audience engagement at The Trust, said developments in technology have created new ways for people to infringe movies, which she said find their way onto illicit streaming platforms.

“Working with Lionsgate on an incredibly fun and family spirited title like Missing Link is extremely important for us, as the aim of the campaign is to highlight the movie-going experience as a shared activity which truly is worth paying for,” Dick said.

Missing Link debuts in the United States on April 12 from Annapurna Pictures.