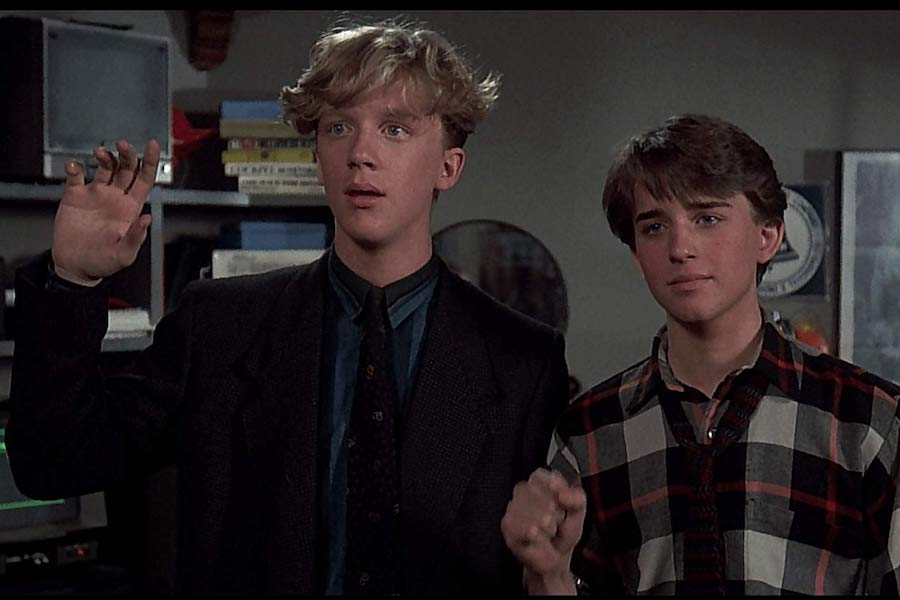 The 1980s teen comedy Weird Science, Kathryn Bigelow’s debut feature The Loveless and the classic Oscar nominee Hold Back the Dawn are among the films on the July Blu-ray slate from Arrow Video and MVD Entertainment Group. 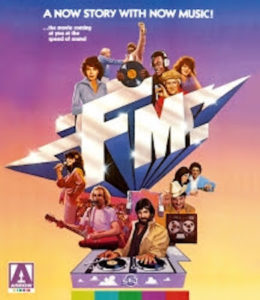 First up July 2 is the late 1970s rock-n-roll comedy FM. Oscar-nominated John A. Alonzo directs this story of radio station mutiny. After being forced to play more commercials, including military recruitment ads, DJs and other employees take control and fight their corporate bosses by playing as much music as possible. The new HD release, transferred from the original camera negatives, features extras including a new interview with the film’s star Michael Brandon; a new interview with writer Ezra Sacks; “The Spirit of Radio,” a newly filmed video appreciation of the era of FM radio and the FM soundtrack by film and music critic Glenn Kenny; a gallery of original stills, promotional images and soundtrack sleeves; original trailers; a reversible sleeve featuring two original artwork options; and for the first pressing only, an illustrated collector’s booklet featuring new writing on the film by writer and critic Paul Corupe. 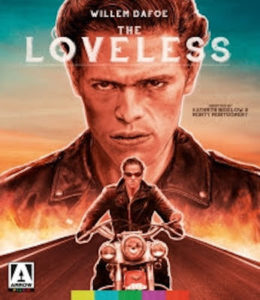 Due July 9 is Oscar-winner Bigelow’s debut feature (co-directed by Monty Montgomery) The Loveless. Set in the 1950s, The Loveless is the story of a motorcycle gang heading to the races in Daytona. Along the way they stop in a small southern town, leaving the locals less they pleased. Willem Dafoe, also making his debut, stars. The Loveless is presented restored and in HD for the first time, with a new transfer approved by Montgomery and director of photography Doyle Smith. Extras include a new audio commentary with Montgomery, moderated by Elijah Drenner; making-of featurettes; a reversible sleeve featuring original and newly commissioned artwork by Gilles Vranckx; and for the first pressing only, an illustrated collector’s booklet featuring new writing on the film by Peter Stanfield. 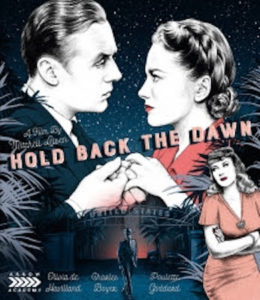 Nominated for six Oscars, Hold Back the Dawn stars Charles Boyer and Olivia de Havilland in the story of one man’s hope of making it to the United States by marrying a citizen. The plan is to leave his would-be bride upon making his way into the country, but the plan has a few hiccups thanks to a determined immigration officer and a true love that begins to blossom. Presented in HD for the first time, the release includes extras such as new audio commentary by film scholar Adrian Martin; “Love Knows No Borders,” a newly filmed video appreciation by film critic Geoff Andrew; a career-spanning onstage audio interview with de Havilland recorded at the National Film Theatre in 1971; an hour-long radio adaptation of Hold Back the Dawn from 1941 starring Boyer, Paulette Goddard and Susan Haywood; a gallery of original stills and promotional images; the original trailer; a reversible sleeve featuring original and newly commissioned artwork by Jennifer Dionisio; and for the first pressing only, an illustrated collector’s booklet featuring new writing on the film by writer and critic Farran Smith Nehme. 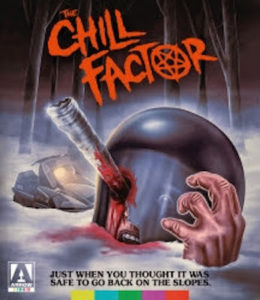 The Chill Factor, also known as Demon Possessed, is the only film directed by producer Christopher Webster. In the film, a group of friends out on a snowmobile trip seek refuge when one of them gets knocked unconscious following an accident. They locate an abandoned cabin to take cover. The cabin happens to hold a number of bizarre religious artifacts, and they mistakenly awaken a terrible evil. Extras include a new audio commentary with special effects artist Hank Carlson and horror writer Josh Hadley; a new on-camera interview with makeup artist Jeffery Lyle Segal; a new on-camera interview with production manager Alexandra Reed; a new on-camera interview with stunt coordinator Gary Paul; a reversible sleeve featuring original and newly commissioned artwork by Marc Schoenbach; and for the first pressing, only a collector’s booklet featuring new writing by Mike White.

Due July 23 is the 1980s John Hughes classic Weird Science available in regular and steelbook packaging. Starring Anthony Michael Hall, the comedy follows a pair of nerds that attempt to create the perfect woman via their computer. The release features a new 4K restoration from the original negatives and includes the original theatrical version as well as the extended version. As an added bonus, a standard definition transfer of the edited-for-TV release is included. Additional special features include an archive making-of documentary; new interviews with special makeup creator Craig Reardon, composer Ira Newborn, supporting actor John Kapelos and casting director Jackie Burch; a reversible sleeve featuring original and newly commissioned artwork by Tracie Ching; and for the first pressing only, an illustrated collectors’ booklet featuring new writing on the film by Alexandra Heller-Nicholas and Amanda Reyes.