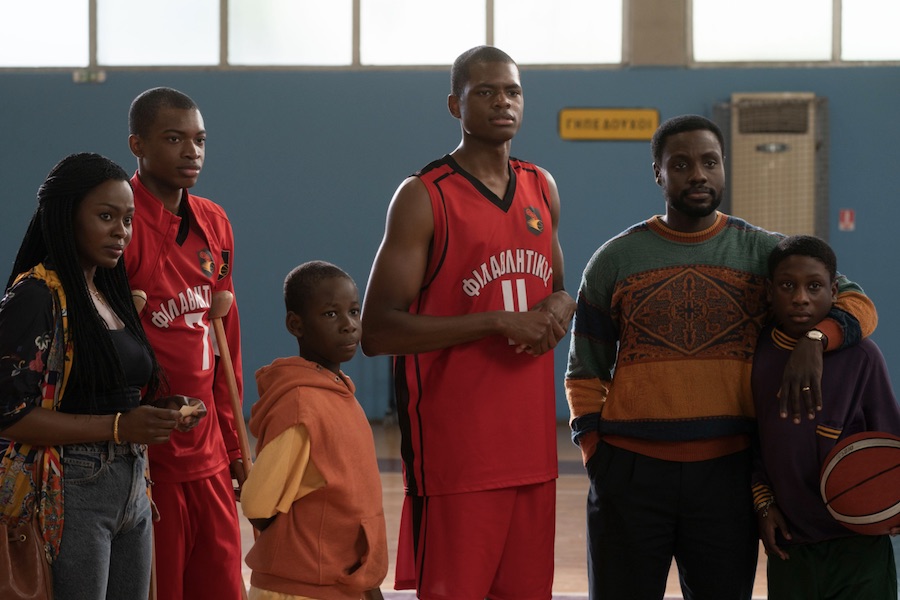 Rise, a Disney film based on the real life story of the Antetokounmpo basketball family, will debut on Disney+ in 2022.

The family produced the first trio of brothers to become NBA champions in the history of the league — Giannis and Thanasis Antetokounmpo of the Milwaukee Bucks and Los Angeles Laker Kostas Antetokounmpo. The Antetokounmpos mix Nigerian heritage, Greek nationality and extraordinary athletic ability. In Rise, audiences witness how one family’s vision, determination and faith lifted them out of obscurity to launch the career of three NBA champions — two-time MVP Giannis and his brothers, Thanasis and Kostas. Last season, Giannis and Thanasis helped bring the Bucks their first championship ring in 50 years, while Kostas played for the previous season champs, the Lakers.

After emigrating to Greece from Nigeria, Vera and Charles Antetokounmpo struggled to survive and provide for their five children, while living under the daily threat of deportation. With their oldest son still in Nigeria with relatives, the couple were desperate to obtain Greek citizenship but found themselves undermined by a system that blocked them at every turn. When they weren’t selling items to tourists on the streets of Athens with the rest of the family, encouraged by their father, the brothers would sneak away to play basketball with a local youth team. Latecomers to the sport, they discovered their great abilities on the basketball court and worked hard to become world class athletes. With the help of an agent, Giannis entered the NBA Draft in 2013 in a long shot prospect that would change not only his life but the life of his entire family.

Newcomer Uche Agada and Ral Agada — also real-life brothers — portray young Giannis and Thanasis, with Jaden Osimuwa and Elijah Shomanke as their other two brothers, Kostas and Alex, respectively. The film stars Dayo Okeniyi (“Emperor,” “Shades of Blue”) and Yetide Badaki (“American Gods,” “This Is Us”) as their parents Charles and Vera, with Manish Dayal as Giannis’ tenacious agent Kevin and Taylor Nichols as John Hammond, general manager of the Milwaukee Bucks. Also in the cast are Maximiliano Hernandez, Eddie Cahill, Pilar Holland and McColm Kona Cephas Jr.

“I am thrilled and honored that Disney+ is bringing my family’s story to people all over the world,” Giannis Antetokounmpo said in a statement. “My hope is that it will inspire those in similar circumstances to keep the faith, stay true to their goals and not to give up on striving for a better life.”

Just as Giannis’ entering the Draft was a seminal moment for his family, Uche Agada’s being cast in Rise proved to be a seminal moment for the Agada family. Uche was working at a WaWa drive-thru in New Jersey when he saw a screenshot of an Instagram post from Giannis about a casting call for someone new and fresh to portray him in the film. Uche had to ask for time off from his job to do the series of auditions, and eventually won the role of Giannis. After being cast, he suggested that the filmmakers have his brother Ral audition for the role of Thiannis, which led to both Agada brothers portraying two of the Antekounmpo brothers in the film.