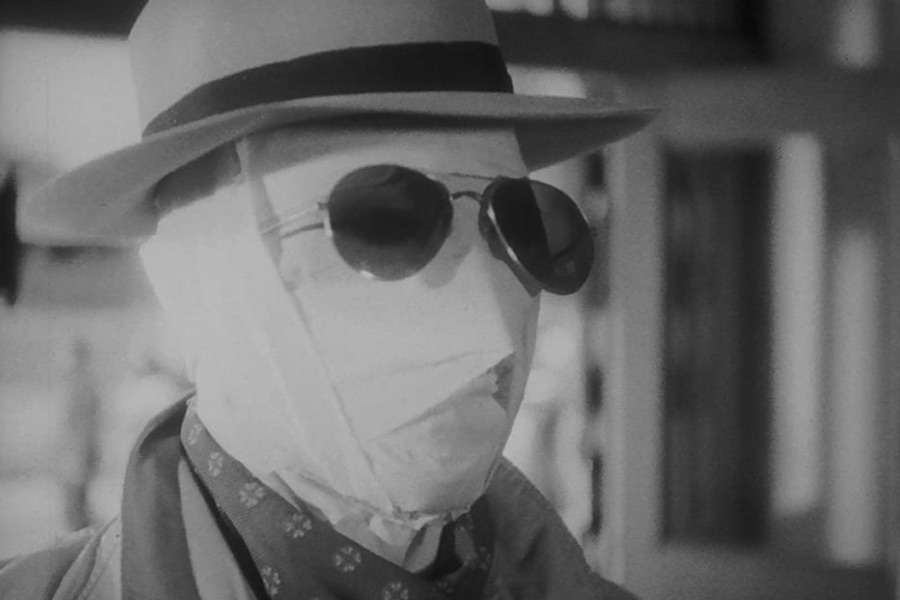 Two Arrow Video mystery thriller releases, the double feature The Invisible Man Appears/The Invisible Man vs. The Human Fly and The Bloodhound, are coming to Blu-ray in March from MVD Entertainment Group. 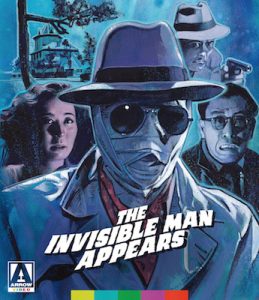 Released outside Japan for the first time, The Invisible Man Appears and The Invisible Man vs. The Human Fly are available on one Blu-ray March 16. Unique riffs on H.G. Wells’ classic character (though undoubtedly also indebted to Universal’s iconic film series), these are two of the earliest examples of tokusatsu (special effects) cinema from the legendary Daiei Studios. In The Invisible Man Appears, written and directed by Nobuo Adachi in 1949, a scientist successfully creates an invisibility serum, only to be kidnapped by a gang of thugs who wish to use the formula to steal a priceless jewel. In addition to being the earliest surviving Japanese science fiction film ever made, the film’s  special effects were an early credit for the legendary Eiji Tsuburaya, five years before he first brought Godzilla to life. Eight years later, Mitsuo Murayama’s The Invisible Man vs. The Human Fly tells the story of a series of mysterious murders where the only clue is strange buzzing noise at the scene of the crime. Could it be linked to secret wartime experiments in shrinking humans to the size of insects? And can a scientist who’s just invented an invisibility ray be the one to stop it? Extras include “Transparent Terrors,” a newly filmed interview with critic and genre scholar Kim Newman on the history of the ‘Invisible Man’ in cinema; the theatrical trailer for The Invisible Man Appears; image galleries for both films; a reversible sleeve featuring new and original artwork by Graham Humphreys; and for the first pressing only, an illustrated collectors’ booklet featuring new writing by Keith Allison, Hayley Scanlon and Tom Vincent. 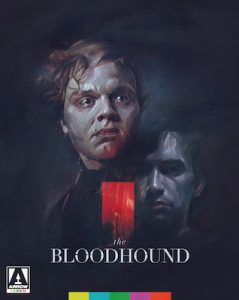 Due March 23 is The Bloodhound (2020). First-time feature director Patrick Picard brings a fresh take to one of the best-known stories from the master of mystery and the macabre Edgar Allan Poe, The Fall of the House of Usher. Francis (Liam Aiken, A Series of Unfortunate Events), a dispossessed young man, is summoned to the secluded home of his wealthy childhood friend, J.P. Luret (Joe Adler, The Maze Runner), who is suffering from a mysterious affliction. Upon his arrival, Francis realizes that J.P. and his ethereal twin sister Vivian (Annalise Basso, Ouija: Origin of Evil) are the sole surviving members of the privileged Luret family, whose legacy has been one of depression and self-destruction, and are the only occupants of their family estate. As the old friends attempt to reconnect, a number of inexplicable incidents begin to occur within the house, and Francis finds himself drawn into a world of malaise and despair, where an act of betrayal might provide his only way out. From Leal Naim and Thomas R. Burke, producers of The Endless and Synchronic, The Bloodhound explores themes that are as relevant to today as ever, such as the yearning for emotional connection, the perils of social isolation and the fragility of mental health. Extras include audio commentary by Picard and editor David Scorca; four experimental short films by Picard; “On the Trail of The Bloodhound: Behind the Scenes of a Modern Chiller,” a 45-minute making-of featurette; and for the first pressing only, an illustrated booklet featuring new writing on the film by Anton Bitel.