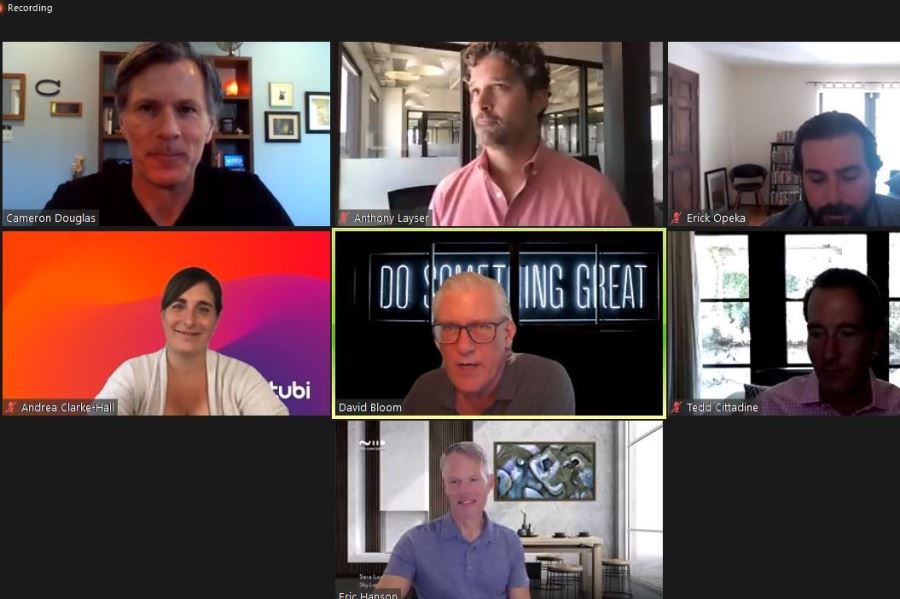 Known by the acronym FAST, the market certainly is in growth mode. Media heavyweights ViacomCBS and Comcast Corp. have acquired Pluto TV and Xumo, respectively, while Comcast’s much-ballyhooed Peacock streaming service also will have a free, ad-supported component.

And as Media Play News reported earlier this week, new data from eMarketer suggests AVOD revenue will grow more than 25% this year compared with 2019.

“It’s something I’m really excited about — this is the thing that’s really hot,” moderator David Bloom, a tech journalist and consultant, said during the panel on Sept. 1. (The OTT.X summit continues through Sept. 3; click here to register.)

“Things have changed so quickly over the last couple of years,” he said. “I joined Xumo in 2017 and I think at first there were some things that felt a little bit like a gimmick — you’re starting to string together types of content into a linear experience.

“And then I really got a sense, after a few months in, that what’s old is new again. People don’t necessarily want to spend all night searching through box art; they may be interested in a very specific series they are comfortable with — maybe it’s nostalgia, maybe it’s lifestyle.”

The FAST market, he said, “is always changing and it’s exciting to come to work every day and look at data and say, ‘Wow, look at how this piece of content we licensed years ago is taking off.’”

Erick Opeka, president of Cinedigm Networks, said his company over the past 18 months has sought to build “a nice portfolio of premium FAST and AVOD services to complement our four niche subscription services we still operate.”

“We got out of the real heavy, direct-to-consumer side,” he said, “and now focus on what I call the classic model of third-party distribution. You get a lot of bang for your buck — you don’t have to spend a lot of money on marketing, and you can focus all your energy on content spend and everyone else handles all the rest. So it’s a good model. Where we really thought the growth for us was going to come was in the ad-supported space.”

Advertising spending, he said, is “completely disconnected from the consumption right now. If you look at the data coming out of Samsung, where 55% of all consumption on smart TVs is not with traditional environments — the trend is not going to reverse; it’s not going to suddenly swing back the other way, especially given that 265 million sets are sold annually that have linear and VOD baked in, not to mention hundreds of thousands of apps.”

With FAST, Opeka said, “consumers love the choice, they love getting tons of entertainment for free that they don’t have to pay for. A couple of years ago, Pluto really educated all of us. … People mistake linear being dead for pre-programmed, tuned-in being dead. But I think there’s a very different piece here. Leanback is not dead. There’s a real specific use case for a big chunk of the week where you don’t have a lot of time and don’t want to spend 30 minutes digging through thousands of titles or hoping the algorithm finds you. You just want something on while you’re having leftovers. What we’re really talking about is hand-curated, passive, feed-my-eyes, against active, algorithm-driven recommendations. There’s a place in the world for both.”

Tedd Cittadine, VP of content distribution at Roku, said, “There’s no secret we’re really excited and optimistic about the AVOD business in general. We started just over three years ago with the Roku Channel, and the reason we launched it is because our consumers were disproportionately searching for free content. We knew there was pent-up demand for it. And we’ve seen significant growth — it’s been growing faster than the platform as a whole.”

He noted that the “AVOD landscape has changed significantly” over the past few years. “It’s gone from many startup independents to Roku, CBS, Fox, Amazon, YouTube, Comcast”

He noted that as the business becomes increasingly competitive, there are “three key things that drive success.” One is access to a “huge audience.” “It’s incredibly expensive to acquire consumers,” he said. “If you don’t have that huge installed base you can market to and deliver your content to, it can be very challenging to build that audience.” Second is having a “one-to-one, proprietary relationship with data for consumers, and having access to that data to make your advertising more effective.” And the third, he said, is having a “large and successful, well-funded direct ad sales organization to take advantage of monetization opportunities.”

Also speaking on the panel was Andrea Clarke-Hall, VP of business development at Tubi, acquired by Fox in April. “If you take COVID and add an acquisition, it makes for interesting times,” she said. “But it has been awesome. It’s still very early days, but it seems to be a really great partnership. Fox has given Tubi tremendous autonomy, and I think what we’ve seen is continued announcements every week about leveraging Fox ownership to bring better and better content to Tubi.”

Cameron Douglas, VP of home entertainment for Fandango, gave a nod to the transactional side of the business, noting that stay-at-home orders, and the movie theater shutdown, during the coronavirus pandemic has given the business a boost.

“You feel like the last few months have brought transactional back,” he said. “People have discovered there’s new content, movies you might not have ever seen — like The Tax Collector, which has been No. 1 on our service for the last couple of weeks.”