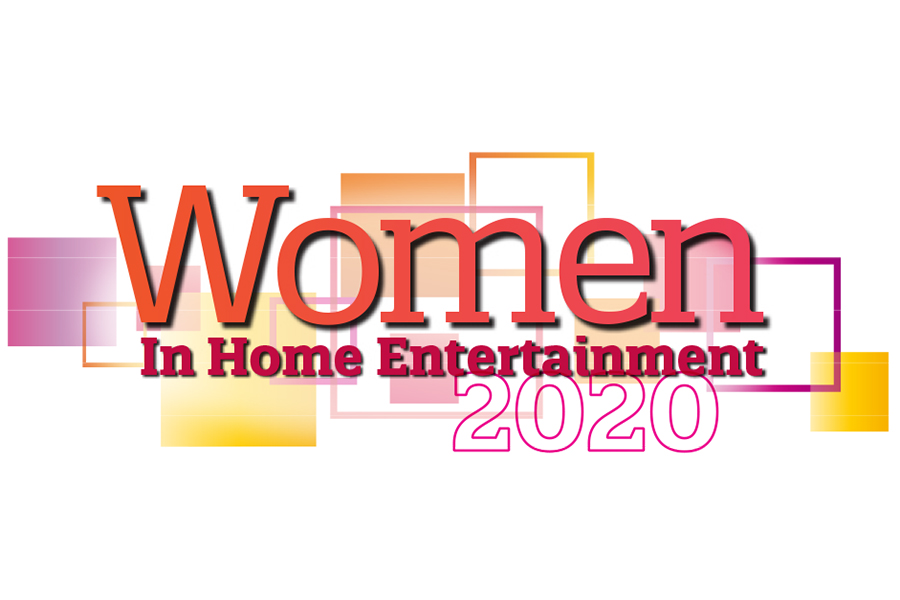 Media Play News asked the 12 “captains” in our third annual Women in Home Entertainment issue to participate in a detailed Q&A. An abridged Q&A appears in the August 2020 print and digital edition of Media Play News. The full Q&A has been broken down into three sections, running here on consecutive days. This is the third and final part, a fun look inside their personal lives, about what they like to watch and whom they’d most like to meet.

THE CAPTAINS OF HOME ENTERTAINMENT: WHAT THEY HAVE TO SAY, PART THREE

What are the last two or three movies, TV shows or original series you watched — and please tell us why you love them?

Sarah Aubrey, Head of Original Content, HBO Max: I’ll Be Gone in the Dark. I was obsessed with Michelle McNamara’s very personal account of her hunt to reveal the identity of the Golden State Killer and HBO has done a wonderful job of bringing that book to life. Getting to see Michelle’s perspective has been moving and inspiring. I have been catching up on the latest season of “Better Things” and Pamela Adlon is a god.

Kelly Campbell, President, Hulu: Hamilton on Disney+ — I think I’ve watched this 10 times since it launched on Disney+.  It’s powerful on so many levels. Thought-provoking creativity and storytelling at its finest. Thirteenth on Netflix — a critical film of our time that provides an eye-opening look at history. Palm Springs on Hulu — so very clever — the writing, the acting, the set — I love it all. I’m a sucker for romantic comedies, but this one goes above and beyond!

Agnes Chu, SVP, Content, Disney+: Hamilton is a given.  So in addition to that, a shout-out to our sister service, Hulu, and their recent premiere of Palm Springs, which totally delivered on much needed belly-laughs during these hard times. Mindy Kaling’s series “Never Have I Ever” because of its nuanced and fresh twist on family comedy, harnessing such a delightfully specific voice to capture coming-of-age and the complexities of grief. I was laughing and crying at the same time, and I loved it. Finally, I’ve been watching Hong Kong kung-fu soap operas produced in the 1980s, often set as Chinese historical period pieces. Cantonese was my first language, and it’s important to me that my daughter also hears the language as she learns to talk. While hilariously low budget and corny, these soap operas also kick ass because every episode involves elaborate martial arts.

Andrea Downing, Co-President, PBS Distribution: American Experience: The Vote, a film about the hard-fought campaign waged by American women for the right to vote. It is an extraordinary story of the courage and determination it took to achieve the passage of the 19th Amendment. This is the 100-year anniversary of the amendment’s passage, and is particularly timely given our nation’s current movement to correct long-standing social injustices.“World on Fire” is an incredible series about World War II that shows us the war from the perspective of individuals impacted by it. And Miles Davis: Birth of the Cool, a brilliant Stanley Nelson film for “American Masters,” explores the complicated man who became a legend and changed the world of jazz.

Dametra Johnson-Marletti, GM, Digital Store Category Management, Microsoft Corp.: Becoming, The Last Dance and “Yellowstone.” There is so much great content today — but these are the most recent three that I have enjoyed. All capture my interest for different reasons. Becoming is inspiring and uplifting. Given the current state of the world, and in particular the manner in which those in leadership positions carry themselves and behave — it is just flat-out refreshing and heart-warming to hear someone speak with intellect, grace and strength. For that reason, I thoroughly enjoyed Becoming. As a former professional basketball player, and someone that grew up LOVING the Lakers, and being in awe of Michael Jordan, The Last Dance is just a must watch. It was super fun reliving all those great moments and interesting to see an inside view of Jordan and player dynamics. Finally, for the purposes of pure escapist entertainment, I continue to enjoy time spent watching “Yellowstone.” Each season brings a different side of the characters and interesting storylines. Not to mention I love all things Kevin Costner.

Jessica Schell, EVP and GM, Film, Warner Bros. Home Entertainment: Limiting the kids’ screen time has gone out the window, but we’ve tried to make our TV viewing feel more special by instituting “family movie nights” a few times a week. Trying to find something that works for me and my husband plus daughters ages 4, 12 and 14 is a challenge! Some of the best evenings have been when we’ve revisited classics like Willy Wonka and the Chocolate Factory, The Wizard of Oz and the “Harry Potter” movies, which have something for each of us: nostalgia and the joy of introducing something you love to your kids.

Amy Jo Smith, President and CEO, DEG: The Digital Entertainment Group: That’s a hard question because there are so many great shows on many platforms. I’m personally attracted to documentaries. The Staircase was one of my favorites as it was revealing to see the inside story of a murder trial. I also liked the Aaron Hernandez story and the Bill Gates documentary Inside Bill’s Brain. “Succession” and “Ozark” are both fantastic dramas. But, when push comes to shove, I always love watching a “Seinfeld” episode!

Lexine Wong, Senior EVP, Worldwide Marketing, Sony Pictures Home Entertainment: I have watched so many TV shows and films during the quarantine — new and old, popular and eclectic. I would have to say my favorite TV series was The Last Dance. It was so well done and so cool to see Jordan and all the players, past and present. Having that behind-the-scenes look into Jordan’s life was fascinating. And maybe because I was missing sports as a whole, it was fun to tune into something ‘live’ for a few weeks.  I also caught up on all the seasons of “The Crown,” “The Good Doctor” and “Ozark,” just to name a few. I just watched an indie movie, The Young Offenders, which I had never seen, and it was funny and charming. I also re-watched Crash, Argo and The Blind Side recently, which are all so good for different reasons. And I’ve been reading lots of scripts and books as well. I highly recommend Catch and Kill and The Splendid and the Vile.

If you could spend the day with any famous person, alive or dead, who would it be — and why?

Aubrey: Connie Britton. We are old friends from making “Friday Night Lights” together and overdue for a backyard margarita.

Campbell: Living, I would say Oprah! I’ve always looked up to Oprah. I love hearing people’s stories, and there is no one more masterful at asking the right questions to learn people’s stories than Oprah. She brings empathy, passion and positivity to all that she does. If it’s someone no longer with us, then it would most definitely be my father-in-law. He passed away before I met him. I’d love to spend a day with him, getting to know the man that shaped the incredible human that is my husband.

Chu: I’ve been reading my daughter the “Little People, Big Dreams” books. We picked up the one that told the story of Martin Luther King Jr., and it made me so emotional. While progress has been made since his death, it has not nearly been enough — what would MLK say today and what actions must we take to achieve our dream of equality?

Johnson-Marletti: Michelle Obama. I would love to sit and talk with her to get first-hand accounts of how she has navigated life. She is an accomplished business leader, a mother who by all accounts has done a wonderful job with her girls, and someone who has navigated the scrutiny and muck of D.C. while demonstrating class, intellect, faith and grace. I think spending a day with such a person would only be goodness.

Kim Overall, EVP, Consumer Insights and Innovation, Sony Pictures Entertainment: Tom Hanks and Rita Wilson. I think they would be incredibly insightful across many of the topics and challenges we are facing. And I imagine they’d be accessible, relatable and engaging.

Smith: George Clooney because I’d love to know what it’s like to be equal parts humanitarian, talented at his trade, and strong enough to marry a smart, accomplished, beautiful woman. And, because, you know … George Clooney! Or, Alfred Hitchcock because I’d love to hear his take on how movies have evolved and what his vision would be to use Ultra HD and immersive technologies to improve them further.

Wong: So many to choose from! I think I’d go with Angelina Jolie, because she’s a very private celebrity who has made strong, deliberate career choices that resonate because of her passion and commitment to the stories she is telling. I would love to hear what she has to say on life, love, politics and the causes she supports.