While Gotti infamously generated a 0% score on Rotten Tomatoes, the reality is that MoviePass essentially bought four out of every 10 tickets sold to its own movie. That’s because the service pays theater operators face value for every ticket “purchased” by its 3 million subscribers, who pay $9.95 monthly for access.

The margins might actually be better since MoviePass has leveraged ticket price discounts with many indie exhibitors in exchange for generating foot traffic.

But for how long? HMNY is spending more on tickets monthly than it generates in subscriber revenue — an economic reality that has plummeted the stock price to 35 cents-per-share. 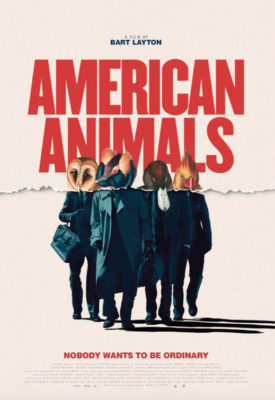 The acquisition was done through MoviePass Ventures, the upstart subsidiary launched at Sundance to co-acquire movies and distribute through multiple channels, including packaged media, on-demand and streaming.

“I made this film to be watched in theaters and the fact that this incredibly impressive partnership and this innovative deal put so much emphasis on that is hugely exciting,” Animals director Bart Layton (“The Imposter”) told IndieWire.com.

With more than 1.5 million subscribers, MoviePass continues on an aggressive push to disrupt the theatrical ticketing ecosystem with a subscription-based business model. Media reports suggest the service could reach 3 million subs by April.

Pachter says MoviePass has rev-share agreements with most (about 1,000) indie theaters – a situation it would like to replicate with national chains.

That could be wishful thinking with AMC, whose CEO Adam Aron refuses to consider the concept.