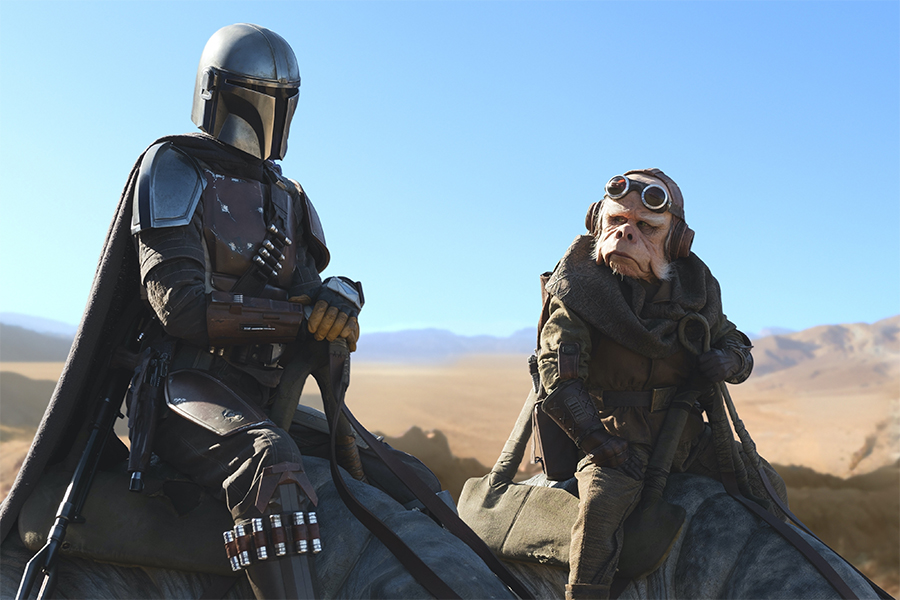 Netflix’s “Stranger Things” remained No. 1 on not only Parrot Analytics’ digital originals rankings the week ended Nov. 16, but also the data firm’s overall list of TV series from any platform, including broadcast and cable, for the 21st straight week.

For the week, “Stranger Things” registered 101.6 million average daily Demand Expressions, the proprietary metric used by Parrot Analytics to measure global demand for TV content. That was up 2% in expressions compared with the previous week, despite the latest season of the series being available more than four months ago.

DC Universe’s “Titans” held onto the No. 2 spot on the digital originals chart, with expressions up 11.1% to 57 million.

The premiere of the new Disney+ “Star Wars” series “The Mandalorian” helped the show move up to No. 3, with 39.9 million expressions, up 108.7% the previous week, when it was No. 19 prior to the first episode debuting. So far only the first two episodes are available, and only in the U.S., Canada and the Netherlands. 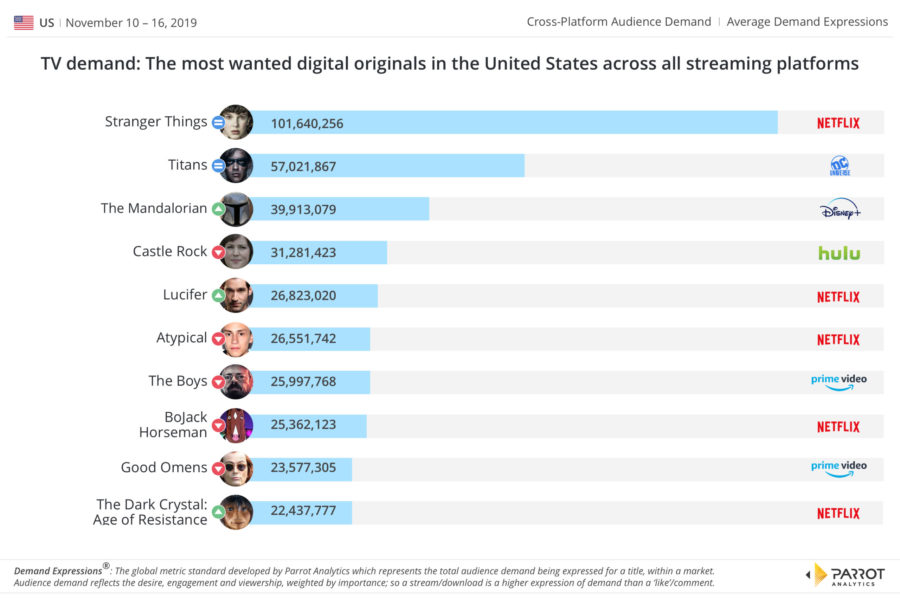