Vizio March 4 announced the addition of audio streaming service Amazon Music to the lineup of apps available to Vizio smart-TV users in the United States.

The Amazon Music app allows Vizio users to launch the app from the home screen and search and discover songs, albums, playlists and more. Prime members have access to 2 million songs — all ad-free and at no additional cost above their Prime membership. Listeners can also access the premium subscription service Amazon Music Unlimited, which offers more than 75 million songs and the latest new releases. A free ad-supported version is also available, providing users with access to a selection of top playlists and stations on Amazon Music.

“With millions of users across the country, Vizio is an obvious choice for Amazon Music to expand our service into the homes of music fans,” Karolina Joynathsing, director of business development for Amazon Music, said in a statement. “We look forward to our customers being able to easily listen to their favorite music on Vizio smart-TVs starting today.”

“At Vizio, we believe the TV is the centerpiece of the home entertainment experience, which is why we’ve made it a priority to add content and services that our users love,” Katherine Pond, VP of business development at Vizio, said in a statement. “The addition of music services like Amazon Music, together with our award-winning Sound Bars, allows us to offer users a new way to search, discover and experience high-quality music, podcasts and more from their Vizio smart-TV.”

The Amazon Music app joins a roster of music-related apps on Vizio, such as Pandora, Vevo and Tidal, as well as channels available on Vizio’s free streaming service WatchFree+. 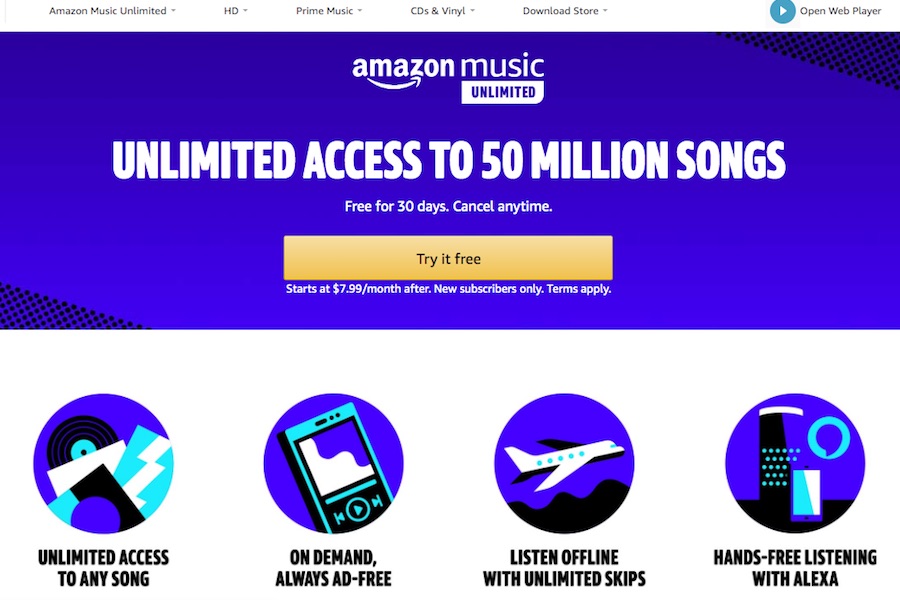