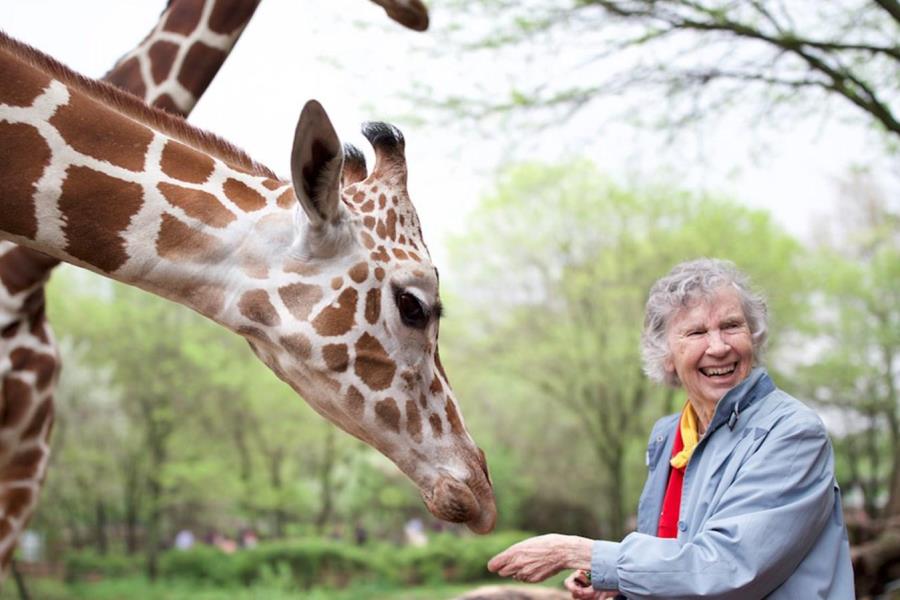 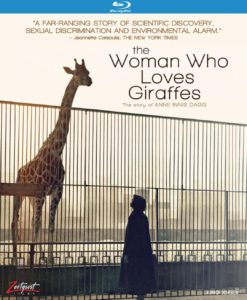 Kino Lorber has set an April 7 release date for The Woman Who Loves Giraffes, the critically acclaimed documentary by Allison Reid that explores the life and work of pioneering biologist Anne Innis Dagg.

The documentary will be available on Blu-Ray Disc and DVD at suggested retail prices of $34.95 and $29.95, and also for digital download on Amazon, iTunes, InDemand, FandangoNow, Google Play and Kino Now.

In 1956, the then 23-year-old biologist Anne Innis Dagg made an unprecedented solo journey to South Africa to study giraffes in the wild. When she returned home a year later, the insurmountable barriers she faced as a female scientist proved difficult to overcome. In The Woman Who Loves Giraffes, Anne (now 86) retraces her steps, offering a window into her life as a young woman who got a first-hand look at the devastating realities that giraffes are facing.