The top three on both charts were unchanged from the previous week. Lionsgate’s Hellboy remake was No. 2 in its second week, followed by Warner’s Shazam! in its third.

The week’s top newcomer, the animated UglyDolls from Universal Pictures and STX Entertainment, debuted at No. 4 on both charts.

Another newcomer, the Lionsgate political romantic comedy Long Shot, entered the campaign at No. 5 on both charts.

The Sony Pictures thriller The Intruder bowed at No. 6 on the overall sales chart and No. 7 on the Blu-ray chart.

On the Media Play News rental chart for the week ended Aug. 4, Long Shot debuted at No. 1, followed by Intruder at No. 2.

Shazam! dropped to No. 3 after a couple of weeks in the top spot, while Alita slipped to No. 4 and Hellboy was No. 5. 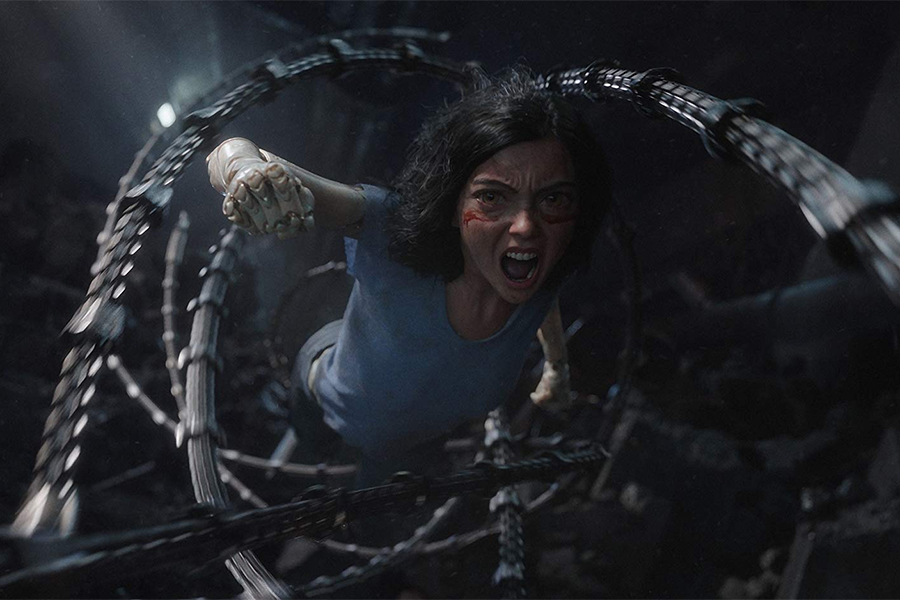 Based on a 1990s Japanese manga series, Alita earned $85.7 million at the domestic box office.

Lionsgate’s remake of Hellboy bowed at No. 2 on both charts. The film earned $21.9 million in U.S. theaters.

The previous week’s top seller, Warner’s Shazam!, dropped to No. 3 on both charts.

Fox’s faith-based Breakthrough slid to No. 4 on both charts.

Disney’s Captain Marvel maintained the No. 5 spot on both charts.

The animated movie Missing Link, from Fox, debuted at No. 6 after a $16.6 million haul at the domestic box office.

On the Media Play News rental chart for the week ended July 28, Shazam! held onto the top spot for a second consecutive week.

Breakthrough dropped to No. 4, while Paramount’s Pet Sematary remake slid to No. 5.

The top newcomer on the disc rental chart was Fox’s Alita: Battle Angel.

Another newcomer, Lionsgate’s Hellboy remake, debuted at No. 3 on the kiosk chart.

Fox’s faith-based drama Breakthrough dropped to No. 4 on the disc chart.

Paramount’s remake of the horror film Pet Sematary slipped to No. 5 on the kiosk chart.

The Redbox On Demand chart, which tracks digital transactions, including both electronic sellthrough and streaming rentals, saw Alita debut at No. 1, with Shazam! dropping to No. 2.

Hellboy was No. 3, Breakthrough was No. 4 and Universal’s Little was No. 5.

Best Buy offered Steelbook editions for the 4K Ultra HD Blu-ray combo packs for both films, with Alita listed at $34.99 and Hellboy at $29.99. The Alita Steelbook, which like the standard-edition 4K included a 3D version of the film, was marked as sold out on the Best Buy website.

Target also offered a Steelbook for Hellboy, packaging the Blu-ray/DVD combo pack in a “limited-edition double-sided Steelbook” for $24.99.

For Alita, Target packed special versions of the Blu-ray ($22.99) and 4K/3D Blu-ray ($32.99) with a USB-charging wristband that appears to be iPhone compatible.