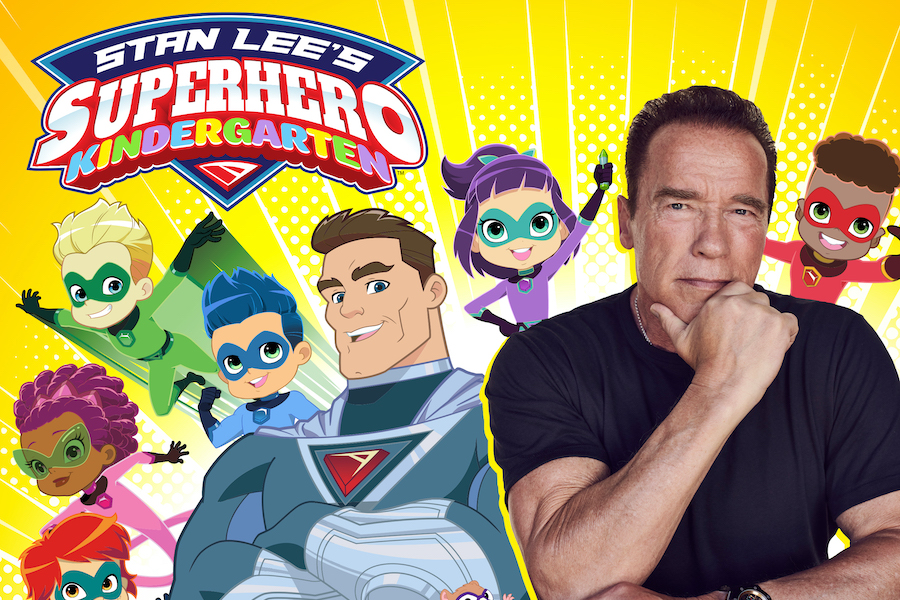 Youku is one of the top three streaming platforms in the mainland China territory, according to Genius.

Additionally, the  series will be available via the Tudou and Kumiao apps.

“Stan Lee’s Superhero Kindergarten,” executive produced by and starring Arnold Schwarzenegger, focuses on the adventures of six unique kids who are learning to master their super skills, along with their ABCs, with the help of their teacher Arnold Armstrong (aka the superhero Captain Fantastic).

“I have always loved bringing my latest projects to my Chinese fans, because they’re some of the most passionate fans in the world, so I can’t wait for them to see ‘Stan Lee’s Superhero Kindergarten,'” Schwarzenegger said in a statement.

“Stan Lee’s Superhero Kindergarten” premiered on April 23, 2021, on Genius Brands’ Kartoon Channel! in the United States and Canada and has since garnered more than 75 million views, according to Genius. The company will continue to launch the series in key territories around the world in 2022.

“Alibaba’s Youku is one of the most far-reaching media platforms for kids in the world, and we are excited to make ‘Stan Lee’s Superhero Kindergarten’ available to millions of kids across China,” Andy Heyward, chairman and CEO of Genius Brands, said in a statement. “This unique action-packed series delivers all the elements that resonate with kids today, along with positive messaging and Arnold’s star power.”

“Genius Brands has done a tremendous job of creating a truly unique series that kids and their families can enjoy together,” Aaron Liao, GM of Youku Kids, said in a statement. “With Arnold Schwarzenegger driving ‘Stan Lee’s Superhero Kindergarten’ and the creative storylines and compelling characters, we have no doubt that we will be able to create an impressive fan base in China, building on the success of the series in the U.S. and Canada.”