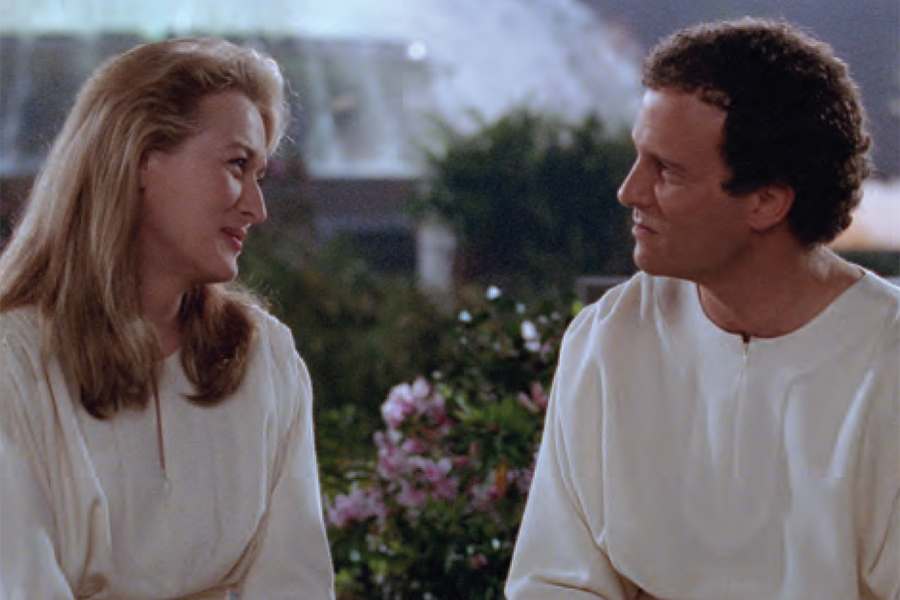 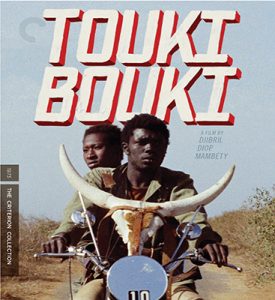 Arriving March 9 on Blu-ray Disc and DVD is 1973’s Touki Bouki, in which director Djibril Diop Mambéty paints a fractured portrait of the disenchantment of postindependence Senegal in the early 1970s. In this picaresque fantasy-drama, the disaffected young lovers Anta and Mory, fed up with Dakar, long to escape to the glamour and comforts they imagine France has to offer, but their plan is confounded by obstacles both practical and mystical. The Criterion edition includes a new 2K digital transfer, restored by the Cineteca di Bologna/L’Immagine Ritrovata laboratory in association with The Film Foundation’s World Cinema Project and the family of Mambéty, with uncompressed monaural soundtrack on the Blu-ray. The film is presented in Wolof with English subtitles. Extras include a 2013 introduction by The Film Foundation’s founder and chair, Martin Scorsese; a 2013 interview wwith filmmaker Abderrahmane Sissako; an interview program from 2012 featuring musician Wasis Diop and filmmaker Mati Diop, Mambéty’s brother and niece, respectively; Contras’ City, a 1968 short film by Mambéty, in a new 4K restoration by The Film Foundation’s World Cinema Project and the Cineteca di Bologna; plus an essay by film programmer and critic Ashley Clark. 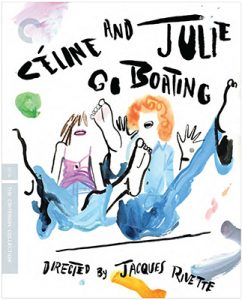 March 16 sees the Blu-ray Disc and DVD release of 1974’s Céline and Julie Go Boating, the French New Wave film from director Jacques Rivette, in which Julie (Dominique Labourier), a daydreaming librarian, meets Céline (Juliet Berto), an enigmatic magician, and together they become the heroines of a time-warping adventure involving a haunted house, psychotropic candy and a murder-mystery melodrama. The two-disc Blu-ray and three-disc DVD special edition includes a new 2K digital restoration, a new English subtitle translation, and an uncompressed monaural soundtrack on the Blu-ray. Extras include an audio commentary from 2017 featuring critic Adrian Martin; Jacques Rivette: Le veilleur, a 1994 two-part feature documentary by Claire Denis, featuring an extensive interview with Rivette by film critic Serge Daney; new interviews with actor Bulle Ogier and producer and actor Barbet Schroeder; a new conversation between critic Pacôme Thiellement and Hélène Frappat, author of Jacques Rivette, secret compris; archival interviews with Rivette, Ogier, and actors Berto, Labourier and Marie-France Pisier; plus an essay by critic Beatrice Loayza and a 1974 piece by Berto. 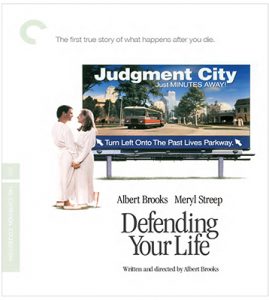 Landing March 30 on Blu-ray and DVD is the 1991 romantic-comedy Defending Your Life. The film was written by, directed by and stars Albert Brooks as a hapless advertising executive who dies suddenly and finds himself in Judgment City, a gleaming way station where the newly deceased must prove they lived a life of sufficient courage to advance in their journey through the universe. As he struggles to make his case, he forms a budding relationship with an uninhibited woman (Meryl Streep) who offers him a chance to finally feel alive. The supporting cast includes Rip Torn, Lee Grant and Buck Henry. Criterion’s edition includes a new 4K digital restoration supervised by Brooks, with 2.0 surround DTS-HD Master Audio soundtrack on the Blu-ray. Extras include a new conversation between Brooks and filmmaker Robert Weide; a new interview on the afterlife with theologian and critic Donna Bowman; a new program featuring excerpts from 1991 interviews with Brooks, Grant and Torn; the film’s trailer; plus an essay by filmmaker Ari Aster. 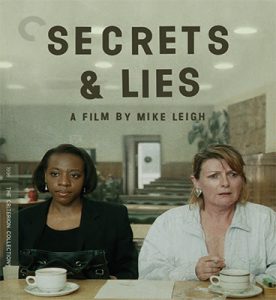 Also due March 30 on Blu-ray and DVD is 1996’s Secret’s & Lies from director Mike Leigh. When Hortense (Marianne Jean-Baptiste), a Black optometrist who was adopted as a child, begins the search for her birth mother, she doesn’t expect that it will lead her to Cynthia (Brenda Blethyn, winner of the Cannes Film Festival’s best actress award), a desperately lonely white factory worker whose tentative embrace of her long-lost daughter sends shock waves through the rest of her already fragile family. The special edition offers a new 2K digital restoration supervised by Leigh and director of photography Dick Pope, with a 2.0 surround DTS-HD Master Audio soundtrack on the Blu-ray. Extras include a new conversation with Leigh and composer Gary Yershon; a new interview with Marianne Jean-Baptiste; an audio interview with Leigh from 1996 conducted by film critic Michel Ciment; and the film’s trailer.