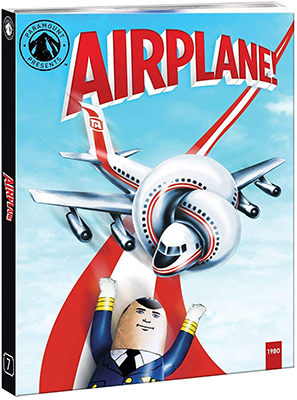 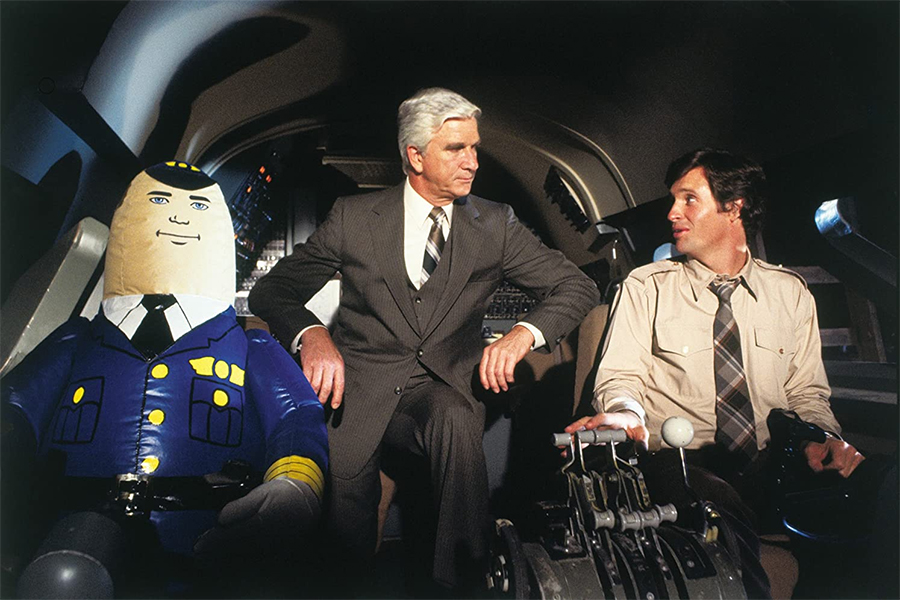 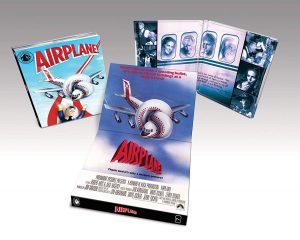 Paramount Home Entertainment July 21 will re-release the comedy Airplane! on Blu-ray as part of its Paramount Presents line to celebrate the film’s 40th anniversary. A limited-edition Steelbook Blu-ray also will be available.

Robert Hays stars as an ex-ﬁghter pilot forced to take over the controls of an airliner when the ﬂight crew succumbs to food poisoning.  The all-star cast also includes Julie Hagerty, Robert Stack, Lloyd Bridges, Peter Graves, Leslie Nielsen, and Kareem Abdul-Jabbar. The film spoofs airplane disaster flicks, religious zealots, television commercials and anything else the filmmakers want to take aim at.

The new Blu-ray will include the film newly remastered from a 4K transfer supervised by writers/directors Jim Abrahams, David Zucker and Jerry Zucker. Extras include a new “Filmmaker Focus” featurette on the directors, a new Q&A with the directors recorded at the Egyptian Theater in Hollywood in January 2020, an isolated music score by Elmer Bernstein, and previously released audio commentary with the directors and producer Jon Davison.