Paramount Pictures’ A Quiet Place, the surprise horror hit that gave the studio one of its first big theatrical wins in several years, debuted at No. 1 on both Redbox charts the week ended July 16.

The film, which earned nearly $188 million in U.S. theaters and has a 95% Rotten Tomatoes rating, topped both Redbox’s kiosk rental chart, which tracks DVD and Blu-ray Disc rentals, and the Redbox On Demand chart, which tracks digital purchases and rentals.

Universal Pictures’ Blockers, a comedy about a trio of parents who try to stop their daughters from losing their virginity on prom night, slipped to No. 2 on both Redbox charts after a No. 1 debut the prior week.

After two weeks in stores, Tyler Perry’s Acrimony, from Lionsgate, is still in high demand, remaining at No. 3 on the kiosk disc rental chart and slipping one notch to No. 3 on the Redbox On Demand digital chart.

Rounding out the top five on the disc rental chart were Warner’s Tomb Raider reboot at No. 4 and Lionsgate’s made-for-video sequel Escape Plan 2 at No. 5.

On the digital chart, Warner’s Game Night remained at No. 4 while  Daddy’s Home surged back up to No. 5.

Three new releases also debuted in the top 10 on the kiosk chart: Future World (No. 6) and Chappaquiddick (No. 7), both from Lionsgate, and 211 (No. 8) from Distribution Solutions.

Inspired by real-life events, 211 is the story of a good cop and his civilian passenger who are caught in the midst of a bank heist. 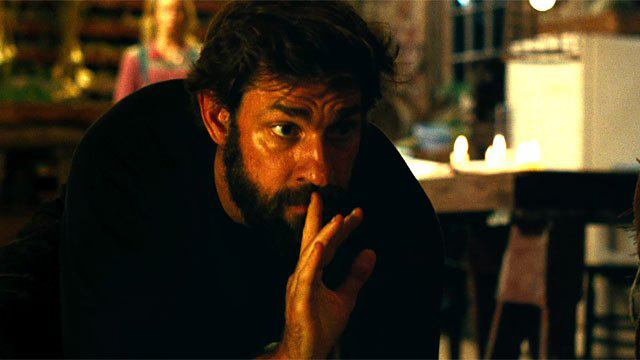 Paramount Pictures April 25 reported second-quarter (ended March 31) operating income of $9 million on revenue of $741 million. It was Paramount’s first quarterly income since Sept. 30, 2015. The studio reported a $66 million loss on revenue of $895 million during the previous-year period.

Theatrical revenue decreased 79% to $50 million, primarily due to fewer titles in the quarter and a modified release strategy that resulted in certain legacy slate titles moving from theatrical to licensing distribution. Domestic and international theatrical revenues decreased 64% and 86%, respectively.

“Turnaround efforts have firmly taken hold as the studio improved margins and returned to profitability. This month’s outstanding box-office performance of A Quiet Place, the first film produced and released under the new team at Paramount, is a clear sign of our progress,” Bob Bakish, CEO of parent Viacom, said in a statement.