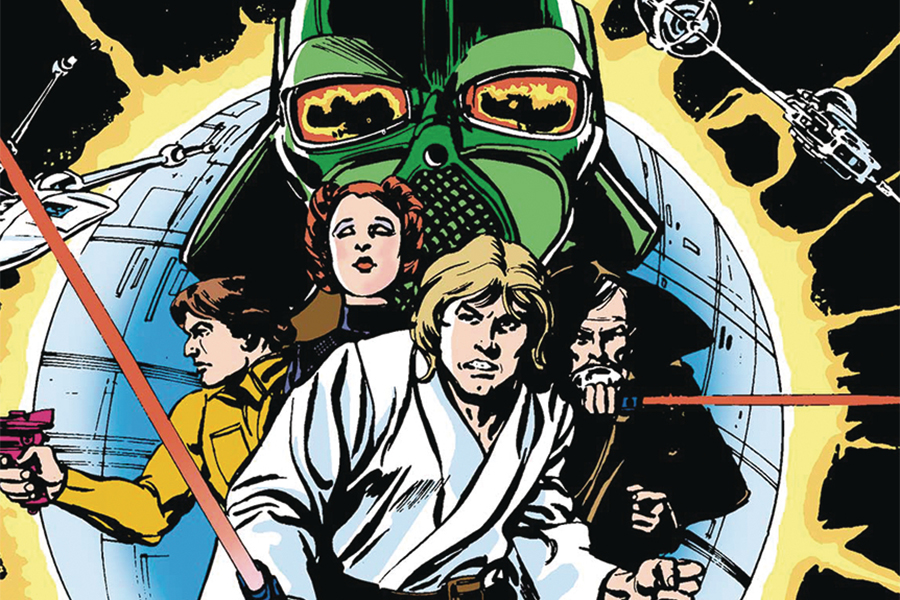 One of the overriding concerns of the aftermath of the Walt Disney Co.’s purchase of 20th Century Fox studios has been how the House of Mouse would treat its newfound assets and the legacy of the studio in general.

The immediate assumption was that the studio was bolstering its content roster for the Disney+ streaming service, which we have seen come to pass with the myriad Fox catalog titles available on the service, such as Home Alone, The Sound of Music and 30 seasons of “The Simpsons.”

Other questions centered on how Disney would treat established Fox franchises such as “Aliens” or “Die Hard,” and the latest reports have Disney interested in a new “Planet of the Apes” sequel. The fate of Fox’s comic book properties is a bit more cut and dry, with the “X-Men” and “Fantastic Four” licenses simply being reabsorbed back into Disney’s Marvel subsidiary, which many fans wanted anyway (and while we’re on the subject, can I pitch a Buffy the Vampire Slayer vs. Blade crossover?).

On the downside, though, are reports that Disney was cutting back authorizations for repertory theaters to show prints of Fox catalog movies — these are the special screenings you might find at film festivals or smaller theaters that show classic movies one night a week.

And on Disney+, old Fox movies were being lumped in with Disney fare in “Disney Through the Decades” categories.

These tend to bely the assumption that Disney would be keeping Fox as a separate theatrical unit, perhaps to distribute edgier, ‘R’-rated content.

The latest example involves, of all things, a reprint of a classic comic book. In the run up to the theatrical release of Star Wars: The Rise of Skywalker, Disney subsidiary Marvel Comics Dec. 4 released reprints of several “Star Wars” comic book issues, including “Star Wars” No. 1 from 1977.

While reprints such as these are rather commonplace in the comic book industry, usually they involve the original pages of art and dialogue being repurposed with modern advertisements, and other changes such as new cover artwork.

The reprint of the original issue of “Star Wars,” however, was what is called a “facsimile edition,” which generally means the original issue is reprinted in its entirety, with the original ads and all. The only updates are usually the pricing, UPC code and the legal text with the copyrights and statements of ownership.

Marvel had also published the original run of “Star Wars” comics in the 1970s and 1980s, so a facsimile edition of the first issue makes sense for them to do. (The first issue, being the first part of an adaptation of the first movie, has been reprinted several times over the years in trade paperback collections by both Marvel and Dark Horse Comics, which had the “Star Wars” license throughout the 1990s and early 2000s).

Interestingly, this facsimile edition is missing two prominent instances that identified the original “Star Wars” film as a 20th Century Fox release. The first is on the cover, where the comic is described as “Marvel’s Epic Official Adaptation of The Monumental 20th Century Fox Movie! — A Film by George Lucas.” The second is on the first page of the comic, under the masthead as part of the introduction of the story, which identified the film as “A 20th Century-Fox Release” (using the hyphen from the studio’s old branding).

The facsimile edition reads “Marvel’s Epic Official Adaptation of — A Film by George Lucas” on the cover. And the first page instead has prominent Disney and Lucasfilm logos stamped at the bottom, with a blank space where the mention of 20th Century-Fox used to be.

While it’s not uncommon for comic book companies when reprinting material obtained from other companies to remove or replace the old company’s logos (for example, Dark Horse reprints of this issue would remove the Marvel logo), reprints of “Star Wars” No. 1 prior to Disney owning Lucasfilm left the Fox credit intact.

It turns out that Disney and Marvel (which Disney bought in 2009) first removed the Fox credit when the original 1970s and 1980s Marvel “Star Wars” comics were reprinted as hardcover omnibus editions in 2015, and that this new facsimile is based off of that reprinting, from before Disney’s acquisition of Fox (and not wanting to publicize what was then a rival studio). Rather than restore the text in the facsimile edition, Marvel used the altered versions they already had ready to go.

The idea of leaving off the 20th Century Fox credit from the “Star Wars” movie now seems especially bizarre given how Disney+ restored the 20th Century Fox logo to the beginning of the first six “Star Wars” movies — after removing them from the digital releases of the films after it bought Lucasfilm in 2012 (with the exception of the original film, which maintained the Fox logo since Fox had distribution rights to the film in perpetuity).

But alas, all traces of Fox’s connection to that first comic book weren’t removed from the artwork entirely. The Marvel Bullpen Bulletins page near the back of the issue, essentially a “Notes from the Publisher/Letters to the Editor” type of page, has a miniature picture of the cover, and this version wasn’t altered in the facsimile edition, so at least Fox’s legacy survives there.