Social media calls to boycott or cancel Netflix over allegations of a sexualized storyline for its French-language original movie about underage girls in a dance troupe was apparently short-lived.

New statistics from 7Park Data claim the furor over the English-dubbed Cuties, about an 11-year-old girl from Senegal living in Paris with her single mom who tries to expedite her transition into adulthood, lasted about seven days, causing an uptick in subscriber cancelations. Separate stats from YipitData suggested Netflix churn skyrocketed more than 800% on Sept. 12. Netflix, per policy, does not report the number of subscribers canceling service, or churn. 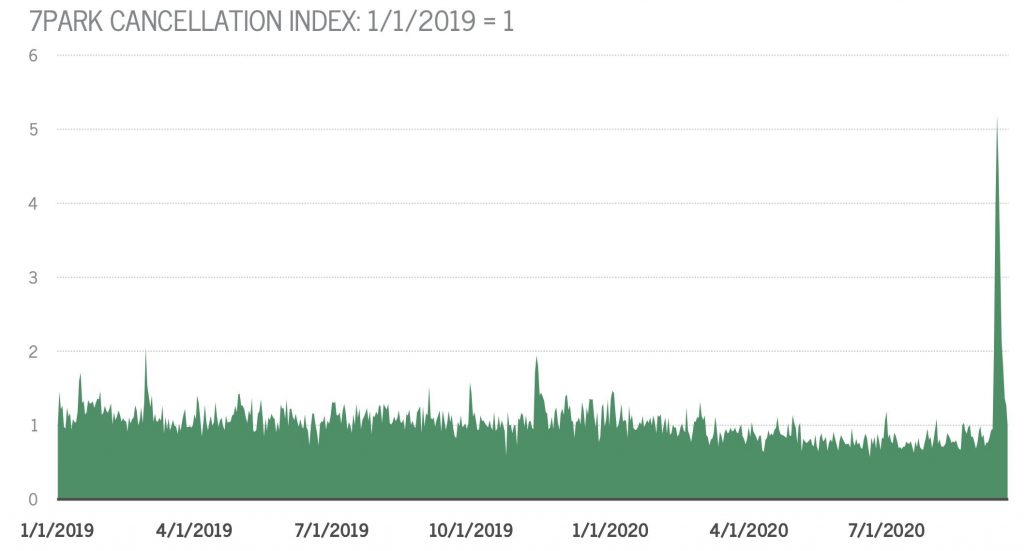 “Cuties is a social commentary against the sexualization of young children,” Netflix said in a statement earlier this month. “It’s an award-winning film and a powerful story about the pressure young girls face on social media and from society more generally growing up — and we’d encourage anyone who cares about these important issues to watch the movie.”

Indeed, Cuties has ranked among the streamer’s Top 10 most-popular shows, with the film’s writer-director, Maïmouna Doucouré, telling a French media event last week that the movie is a call to educate people on the dangers of oversexualizing children.

“We need to protect our children. What I want … is to open people’s eyes on this issue and try to fix it,” Doucouré said. “We have the same fight.”

With an election year in full swing, Netflix has become a target among some politicians and groups (Parents Television Council, National Center on Sexual Exploitation and the Council on American-Islamic Relations) pushing agendas via red button topics such as child trafficking and U.S.-China-Muslim relations. Not surprisingly, Netflix cancellations from Sept. 10-13 increased most significantly in politically conservatives states such as Alaska, Idaho, Utah, Wyoming and Nebraska.

This week five GOP senators sent a separate letter directly to Netflix co-CEO Ted Sarandos with questions about the streamer’s decision to greenlight an original series based on a story (The Three-Body Problem) by award-winning Chinese science-fiction writer Cixin Liu, whose comments in support of government policies toward ethnic Uyghur Muslims, have drawn criticism.