Since launching, Disney+ has grown subscribers exponentially, ending the most-recent fiscal period with 116 million subscribers. But CEO Bob Chapek this week told an investor event that the streaming service’s sub growth in the fourth quarter would be challenged — especially by events in India and Latin America. 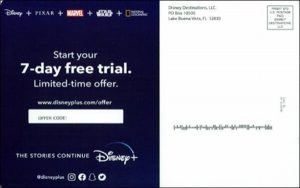 India, which represents a third of all Disney+ subscribers, saw the start of cricket’s Indian Premier League rescheduled due to the pandemic. Disney+ Hotstar is an exclusive distributor of IPL, and many of the service’s annual subscriptions are set to expire in the quarter. By law, annual video subscriptions in India do not automatically renew.

Chapek said affected Disney+ Hotstar subs in India would have to be resigned to the service.

“Every time you lose that [sub], you have to get that [sub] back,” Chapek told the virtual Goldman Sachs Communacopia Conference. “You have to take a step back before you can take a step forward in terms of those [Indian] renewals. It’s a claw-back if you will.”

Disney+ in March raised its subscription price for the first time by $1 to $7.99. The price for the Disney bundle, which includes ESPN+ and Hulu, also increased $1, to $13.99.