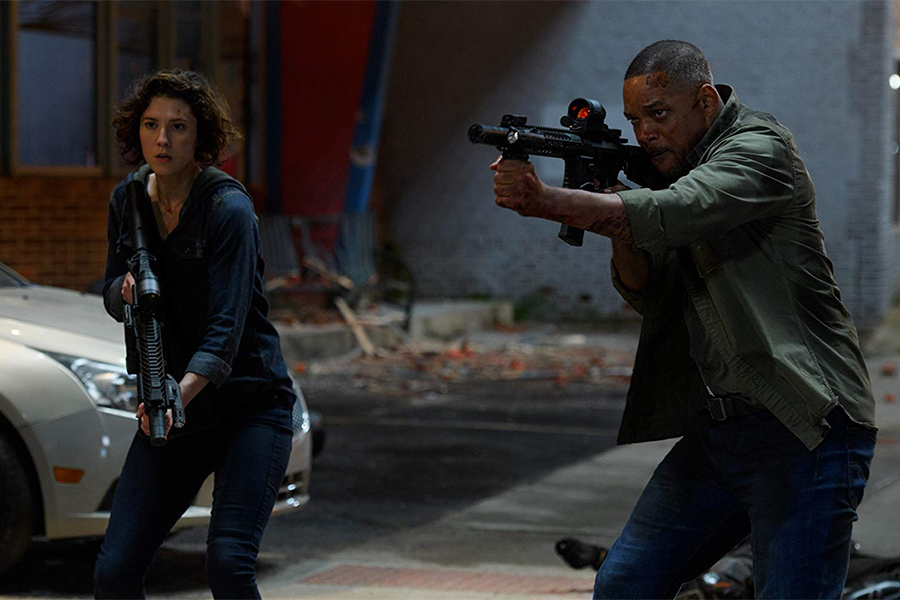 Whenever a new format hits the home entertainment market promising a leap in quality, there’s always that one disc that you choose to show it off.

When we were first demonstrating our HD system, the Blu-ray Disc of I, Robot, starring Will Smith, was our go-to title to wow the neighbors.

As 4K Ultra HD Blu-ray Disc hits its stride, a Will Smith film is again showing what a new format can do.

In a first for Paramount, his film Gemini Man (just released on disc last week and topping the charts) is presented in 4K Ultra HD in 60fps (frames-per-second), along with an exclusive visual effects featurette also in 60fps. The increased frame rate provides exceptional sharpness and clarity versus the standard 24fps. It’s the first ever Dolby Vision high frame rate disc to be released, and according to Paramount executives will become the sort of disc that home theater enthusiasts will use to wow their friends.

“I think people are going to use this disc to show off their systems,” said Ed Hoxsie, Paramount SVP of worldwide product production, in demonstrating the disc to press last month. “They’re going to say, ‘Wow, I’ve never seen anything like this at home before.’”

Now, I know some may find the greater clarity of the higher frame rate disconcerting, but it may just take some getting used to. As I watched the demo, I began to acclimate to the new, clearer image. Truly, I got used to the 60fps picture as the demonstration went on — and came to appreciate its visual nuances. The picture had an almost a visceral effect, something closer to real life than we’ve been accustomed to in our 24fps film view of the world. After all, it’s only convention that has us used to watching content at 24fps, noted Jeremy Miller, director of worldwide DVD and BD production.

One thing’s for sure: Will Smith is again the star of the home theater demo.