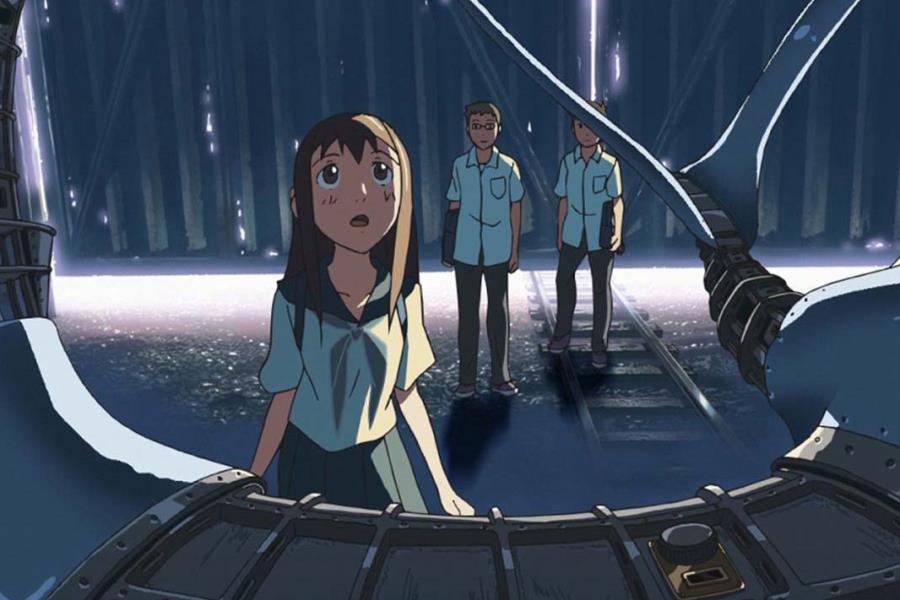 The three films, The Place Promised in Our Early Days (2004), 5 Centimeters Per Second (2007) and Children Who Chase Lost Voices (2011), come loaded with bonus features including audio commentaries, interviews with Shinkai, storyboards, trailers and more. The 5 Centimeters Per Second Blu-ray Disc will include Shinkai’s lauded short films Voices of a Distant Star and She and Her Cat. Fans can preorder their copies now by visiting ShoutFactory.com or GKIDS.com. 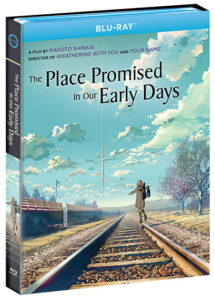 Shinkai’s feature film debut, The Place Promised in Our Early Days, is the haunting story of friendship and loss set in an alternate post-war Japan. Three teenagers become obsessed with a mysterious tower across the Union border, which reaches far into the sky. Hiroki and Takuya work on a makeshift airplane, which they promise their friend Sayuri they will use to visit the tower together someday, but she disappears before it is completed. Several years later, the tower suddenly activates, starting a phenomenon that threatens the world. And the young men now discover their long-lost friend Sayuri may hold the key to it all. The Place Promised in Our Early Days is the winner of Best Animated Film at Mainichi Film Award, Silver Prize at Fantasia Film Festival, and Award for Expression Technique at the Tokyo International Anime Fair.

Told in three vignettes, 5 Centimeters Per Second: A Chain Of Short Stories About Their Distance explores the joys and heartache of falling in love. Takaki yearns to spill his heart out for childhood crush Akari, but both their families move away before any feelings can fully blossom. They stay in touch, but eventually drift apart with school and new friends to distract them. As the seasons pass, Takaki navigates his relationships while haunted by all the things he left unsaid with Akari, his first love. Also included is Voices of a Distant Star, the debut film from Makoto Shinkai, available for the first time on Blu-ray in North America. 5 Centimeters Per Second was winner of Best Animated Feature Film at the Asia Pacific Screen Awards.

Children Who Chase Lost Voices from Deep Below is an epic fantasy adventure in a world of ancient gods. Asuna is an introvert who prefers spending her time listening to a radio left by her deceased father. One day, she hears an odd song that resonates in her heart unlike anything else. It leads to a chance encounter with a mysterious boy, who transports Asuna to Agartha, a land of legend where the dead can be brought back to life. Compelled by the song and the boy, Asuna journeys through the mythical lands, but hostile warriors and ghastly creatures will stop at nothing to prevent Asuna from uncovering the secrets of their world. Children Who Chase Lost Voices was nominated for Best Feature at Annecy and winner of Best Art Direction at the Tokyo Anime Award.