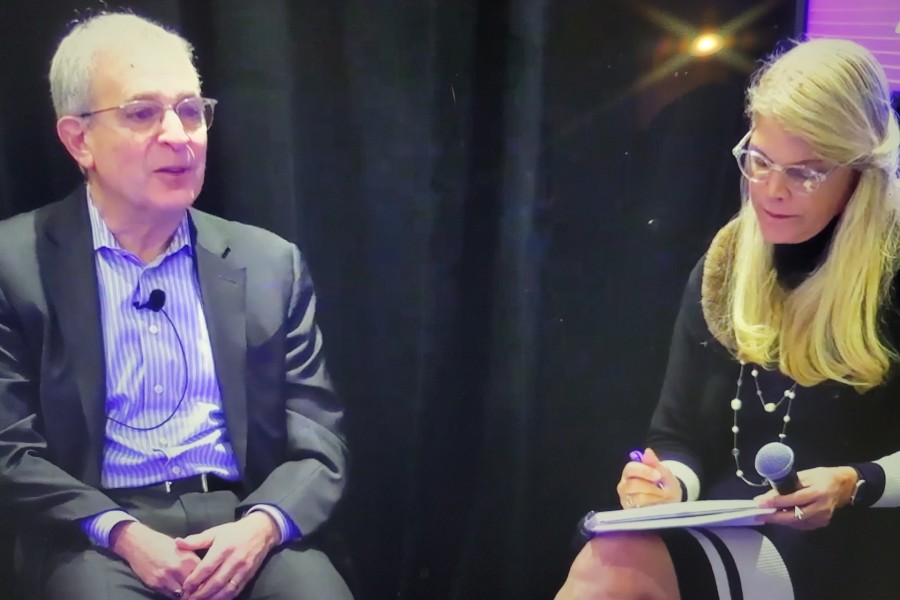 With limited major new theatrical releases since the pandemic began, movie studios have been accelerating distribution of movies to their branded or third-party streaming platforms — often at the expense of legacy home entertainment retail channels.

That trend should change in 2023 as major theatrical releases expand from 13 movies in 2022 to 33 titles this year, starting with Disney/Marvel Studios’ Ant Man and the Wasp: Quantumania on Feb. 17, according to Bill Rouhana, chairman/CEO of Chicken Soup for the Soul Entertainment.

Speaking Jan. 11 at the 25th Annual Needham Growth Conference in New York, Rouhana said that with one major box office release slated per week, three distribution windows — theatrical, home video (TVOD, Disc) and streaming — should re-emerge as the norm in 2023.

“Disney is doing that for Avatar: The Way of Water, they announced it yesterday,” he said, adding that Warner Bros. Home Entertainment would stick to a home video window for the Jan. 13 House Party theatrical release.

“When [Warner Bros. Discovery CEO David] Zaslav came in and decided to undo everything that was done [by the former WarnerMedia management] during COVID, the first thing he did was try and figure out how to go back to as many windows as possible,” Rouhana said.

“It was actually in theaters and home entertainment simultaneously, which was interesting,” Rouhana said. “That windowing strategy is very clearly coming back for big movies.”

When asked why studios are re-embracing the retail sale of movies at the expense of streaming, Rouhana contends the motivation is money left on the table.

“Studios want to get as much money out of the theatrical business as  possible, but if you look at transactional VOD and home video, we’re talking about billions of dollars that are at stake if you jump over that and go straight to SVOD,” he said. “By the time a theatrical movie gets to SVOD, it’s worthless [as a revenue generator].”

Rouhana believes studios’ rush to release movies to streaming (spearheaded by Warner Bros. in 2021) was largely due to the pandemic, shuttered theaters and a miscalculation of the economics of their own industry.

“If you make content, you’re not going to get your money back going straight to streaming,” he said. “I’ve been saying that for five years and I’ve been a very lonely person during those five years.”

Rouhana says studios will maximize revenue for a theatrical release by stacking the box office, home video, subscription streaming and ad-supported VOD — in that order. The executive believes that by sticking to traditional distribution channels studios will realize a lifeline to their lower-budget theatrical movies that generate almost no fiscal upside from streaming.

Chicken Soup for the Soul Entertainment operates the biggest AVOD network not owned by a major media or technology conglomerate, with myriad AVOD and free ad-supported streaming TV channels, in addition to 34,000 Redbox kiosks and branded Redbox On Demand digital movies. The latter is now the fourth-largest transactional VOD service in the country after Prime Video, iTunes and Vudu.

Separately, Rouhana said that expanding the Redbox app to include AVOD and 160 FAST channels has increased the company’s ad-sales opportunities. Chicken Soup went from two ad reps at the beginning of 2022 to 22 reps at the end of last year — despite the fact Rouhana maintains he’s not bullish on FAST.

“I’m not a huge fan of the FAST business because I don’t think it does much to improve the user’s experience,” he said. “And I really think [the user experience] is where we are supposed to go in the VOD space. We’re supposed to be innovative, make it better for people.”

Rouhana believes viewers have gravitated toward FAST as an alternative to spending 20 minutes searching for something they’re only going to spend 22 minutes watching.

“Until we make it possible for viewers to find things very quickly and easily, I don’t think they will choose AVOD the way they should,” he said. “But when we are able to service everyone with a home page with every single thing they want to watch, then I don’t think FAST makes any sense anymore.”