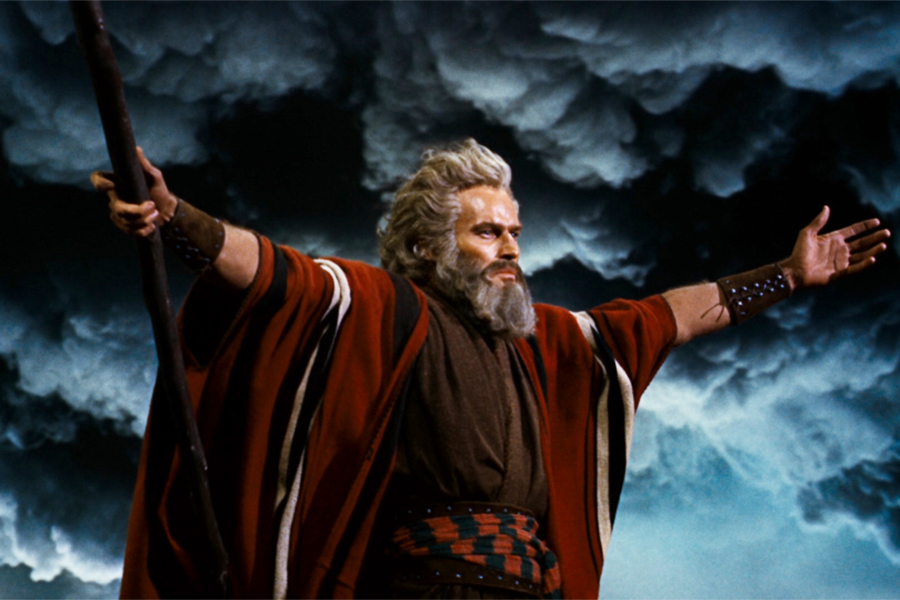 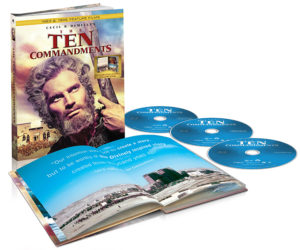 Paramount Home Entertainment is re-releasing its Blu-ray Disc editions of Cecil B. DeMille’s 1923 and 1956 versions of The Ten Commandments in digibook packaging March 10.

The new collector’s edition will include a 16-page booklet with photos and background information about both films.

The three-disc set contains the same bonus materials from the studio’s initial Blu-ray edition of the films in 2011: the 73-minute documentary “The Ten Commandments: Making Miracles”; a commentary on the 1956 film by Katherine Orrison, author of a book about the making of the film; newsreel footage of the film’s New York premiere; theatrical trailers; hand-tinted footage of the Exodus and Parting of the Red Sea sequence from the 1923 version; a two-color Technicolor segment; and photo galleries.

DeMille’s initial 1923 version was a silent film divided into two parts: the first a re-creation of the biblical story of Moses leading the Israelite exodus out of Egypt, the second a modern tale of two brothers and how the 10 Commandments affects their lives.

His nearly four-hour 1956 remake focuses entirely on the story of Moses, from his early life to the Exodus as detailed in the Bible. The final film directed by DeMille, the 1956 version stars Charlton Heston as Moses and Yul Brynner as the Pharaoh. It was a massive box office success in its day and has become an Easter tradition on television.

In the 2011 configuration, the 1923 film was presented as a bonus feature alongside the making-of documentary on the third disc of a limited-edition boxed set of the 1956 film.