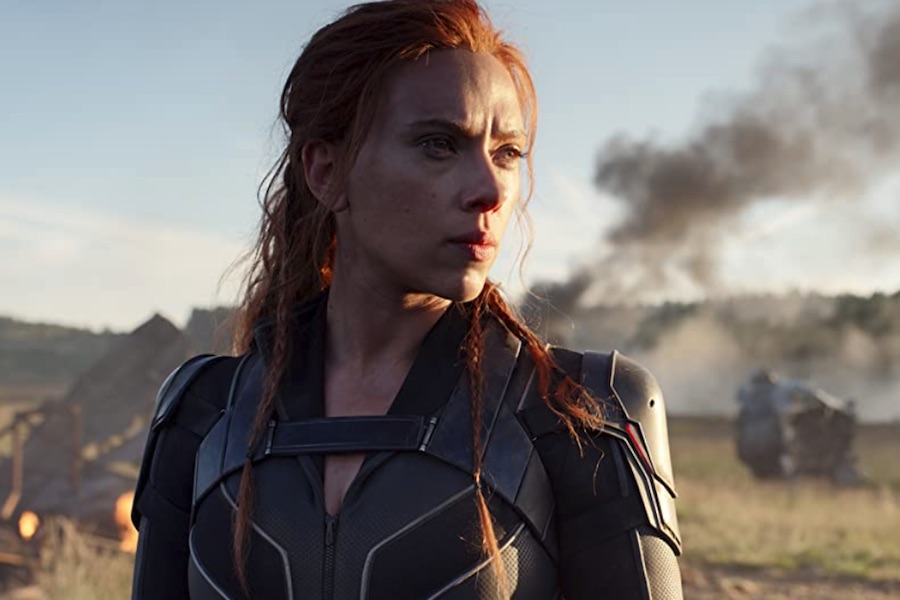 People are less willing to watch new movies in theaters than they were a year ago, despite the easing of COVID-19 restrictions and an accelerated schedule of big new feature films headed for the big screen.

So says a new survey by Whip Media, which attributed the reluctance to continuing concerns about health, the surge in subscription streaming, and the emergence of PVOD.

In the survey, twice as many people said they will see movies in theaters less often than they did in a similar survey a year ago. Among respondents who said they intend to return to theaters in 2021, 24% of respondents said they plan to go to the theater less often, versus 12% in a 2020 survey.

Among respondents who said they will go to the theater less: 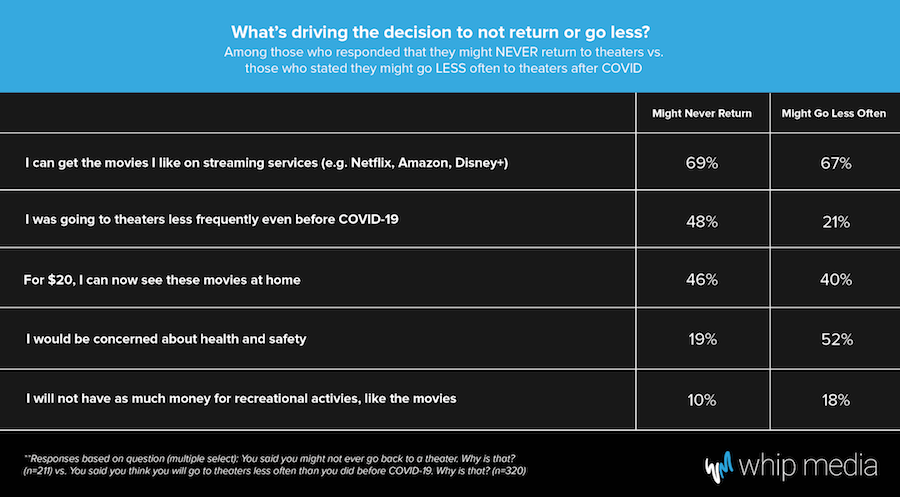 The survey also found that families have fueled a 35% growth in PVOD over the past year.

Meanwhile, the survey asked consumers (who said they are interested in seeing a particular movie) where they preferred to watch it. Marvel’s Black Widow was the movie that viewers most wanted to see in the theater, rather than at home, with 68% of those surveyed saying they would prefer to watch it in the theater versus 32% who plan to watch it at home. The film was followed in the survey by another Marvel Comics-based film Shang-Chi and the Legend of the Ten Rings, with 64% of those surveyed preferring to see it in the theater. That movie was followed in the survey by F9 (63% theatrical preference), Suicide Squad (58%) and A Quiet Place II (55%) as the movies viewers most want to see in theaters.

Meanwhile, the top titles in the survey that consumers said they plan to watch at home are family-oriented ones with Space Jam: A New Legacy (69%), Cruella (64%), and Jungle Cruise (61%) topping that list.

Overall, 90% of respondents said they plan to return to the movies, and 28% are already going or ready to go as soon as theaters nearby open. 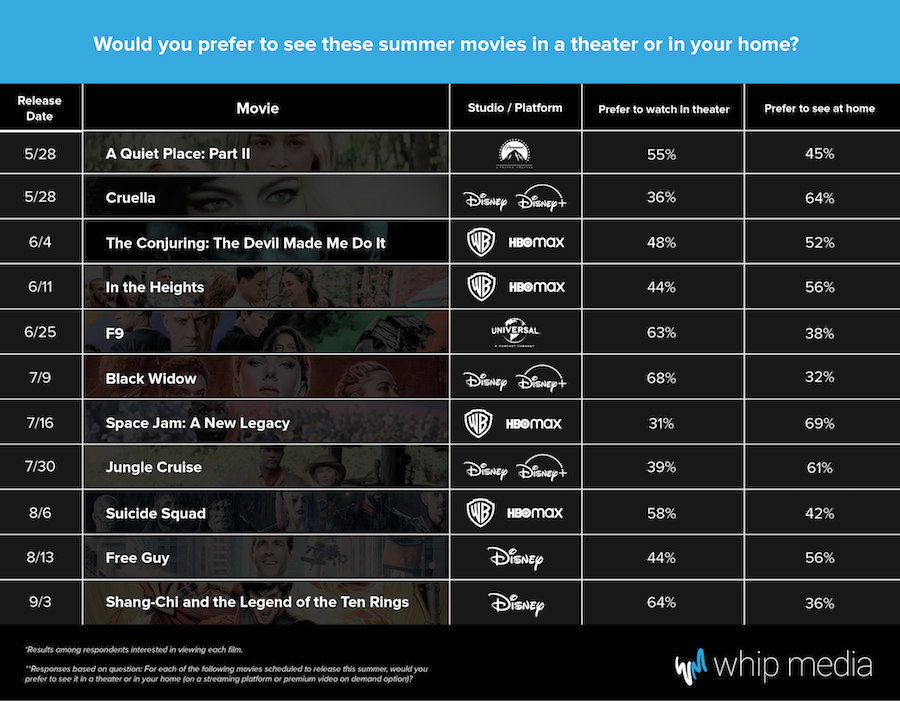