Could the growth of legal streaming be cutting down on consumer piracy?

That’s what is suggested by consumer research by Ampere Analysis, which revealed a steady fall in the proportion of consumers who say that they regularly use pirate sites and services to watch online video.

Spain, traditionally a very high piracy market, saw a 47% increase in claimed SVOD and catch-up viewing in the three-year period, and almost the same (45%) decrease in the proportion of internet uses regularly turning to pirate services, according to the study. 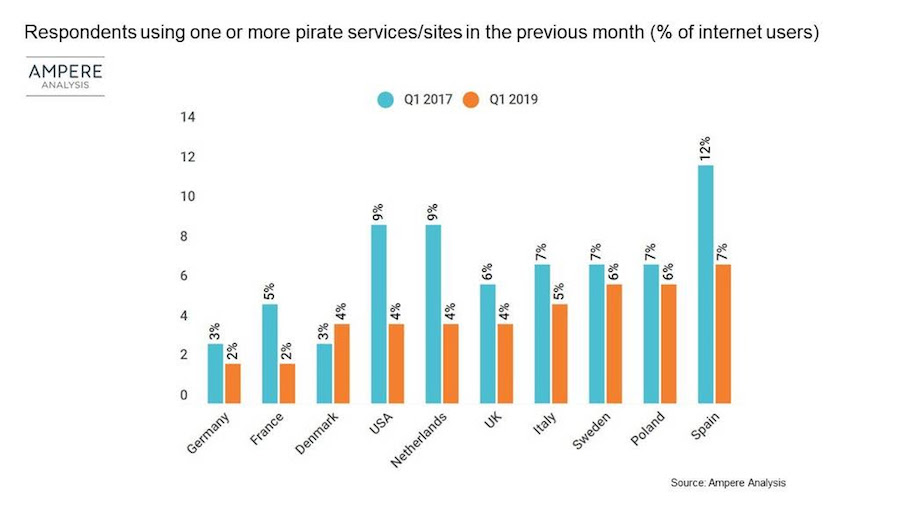 Just having access to on-demand services isn’t enough, according to Ampere; consumers must actually use the services for their usage of piracy sites to be impacted. The content on SVOD and catch-up services needs to be appealing for the audience, according to the study. 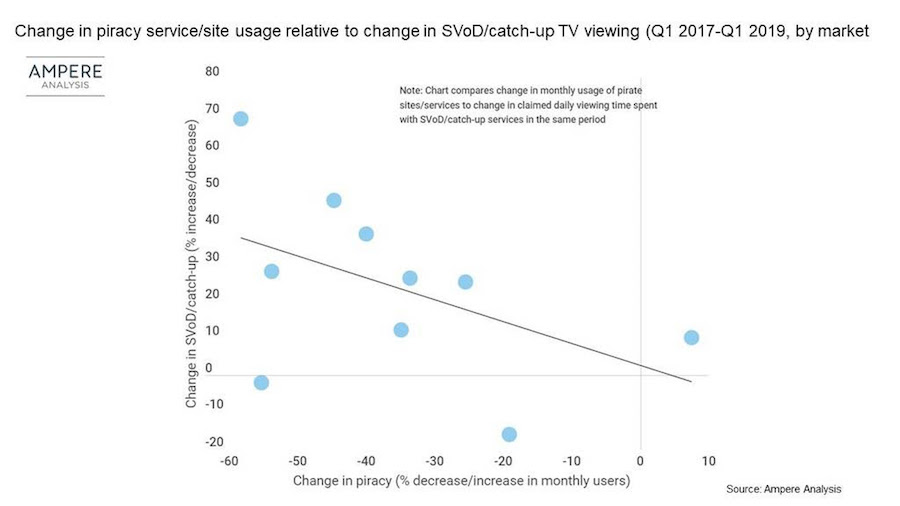 “On average, in markets where either catch-up or SVOD online video viewing has risen the most, piracy has experienced the biggest drop,” said Richard Broughton, director at Ampere Analysis, in a statement. “With the growth in all-you-can-eat legal services, users no longer need to turn to illegitimate sources to get their viewing fix.”

He cautioned, however, that legitimate OTT providers must keep attracting eyeballs.

“The on-demand market is moving into a period of ‘siloisation,’ where producer and distributor brands go direct to the consumer, at the same time restricting the amount of content they license to third party services,” he said in a statement. “If the mainstream OTT players have less of the content users want to watch, when they want to watch it, there’s a genuine risk that usage of these SVOD and catch-up services could begin to slump, something the pirate operators will be quick to capitalize on.”